If you’re a frequent visitor to my site you know that I place a high value on presenting responsible information that is evidence-based. You won’t find much in the way of hyperbolic health claims or tabloid style rhetoric here. That sort of reporting is not productive and rarely brings about meaningful change. The same holds true in the fields of higher education and medical research. I believe that Dr. Richard Feinman exemplifies the type of philosophy and attitude that will eventually revolutionize the world of biochemistry and nutrition. I’m proud to announce that over the next several weeks I’ll be presenting some of his insights on the role that low carbohydrate diets can play in transforming modern health care. 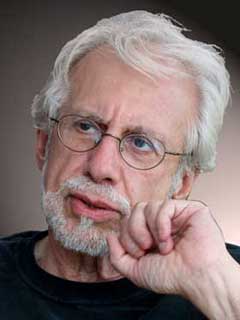 The mere mention of the Atkin’s Diet sparks controversy in many medical circles. A select minority of nutritionists, researchers and physicians view such a dietary plan as legitimate and potentially therapeutic. However, the mainstream medical establishment and much of the media tend to view carbohydrate restriction as a fad and, perhaps, even a dangerous one. Therefore, it’s no surprise that consumers and dieters are often left wondering who to believe.

You’d be hard pressed to find a more articulate and informed proponent of low carbohydrate nutrition than Dr. Richard Feinman. Not only is he a professor of biochemistry at the SUNY Downstate Medical Center in Brooklyn, New York but he’s also the author and/or co-author of over 20 peer-reviewed papers and studies. In addition, Dr. Feinman is the editor-in-chief of the progressive medical journal Nutrition and Metabolism. In the coming weeks he will address some of the most common concerns and numerous questions about the efficacy and safety of carbohydrate restricted diets.

JP – What do you think is the single biggest misconception about carbohydrate restricted diets?

Not every critic of carbohydrate restriction is unqualified and there are undoubtedly real criticism of interpretations in all aspects of nutrition and medicine. But many think that they can act as an expert even if they have not consulted with people who have studied carbohydrate restriction and even if they have not talked to people who have successfully used the method. Most important, it is a mistake for the experts to think that they get to pass judgment even if they haven’t done what you yourself had the willingness to do, that is, go back to the scientific literature.

I asked a discussion group that we have for the most serious misconception and here are the 11 misconceptions they responded with;

All of these things are wrong. For the consumer, the greatest misconception is again, believing that “concerns” of experts can be taken at face value.

JP – Can you briefly describe your idea of an “ideal” low-carbohydrate diet? What is an example of a healthy breakfast, lunch and dinner?

Dr. Richard Feinman – First, you would have to briefly describe your idea of an ideal person? “One size does not fit all” is a good principle although it is more practiced in the breach than the observance; the best diet for a person with diabetes is not the same as the diet for a professional athlete or for a professional athlete with diabetes. Also, there are all kinds of low-carbohydrate diets and people usually vary the composition of the diet to suit their immediate goals. We have tried to give some definitions for low-carbohydrate diets but many researchers give themselves the privilege of calling any diet they want low-carbohydrate.

However, if you consider the ideal person to be a 70-year old professor of cell biology who does a moderate amount of resistance training, then lunch is usually from the salad bar at the medical center with lettuce and, depending on the day’s choices, avocado, tuna, hard-boiled egg with a dressing made from mayonnaise and vinegar. An example of a dinner for this ideal person would often be chicken thighs (cooked in microwave or sous-vide and quickly pan-seared) on a bed of Brussels sprouts (steamed, then sliced and pan-fried). Breakfast is variable and depends on the day’s activities. If lecturing is in the line-up, cheese omelets. If something more mindless is scheduled, like going to court to protest a parking ticket, a minimal breakfast, like a low-carb shake, is in order.

In general, adaptations of a habitual diet is relatively simple. Any sandwich can be modified by throwing away the bread and making it into a lettuce wrap. A BLT, for example, actually tastes better as a lettuce wrap although the texture may not be the same. If you have diabetes and blindness is in the offing — low carb diets are primarily therapeutic — this may be a small sacrifice.

JP – Some patients and physicians are concerned about the long-term effects of a high fat, low carb diet in relation to cancer and cardiovascular disease risk. Is there evidence to the contrary?

Dr. Feinman – Concerns are not evidence. The long-term study in which people with experience with low-carbohydrate diets get together with the critics and compare diets for a long period may never be funded because the results would have to be accepted. Low carbohydrate diets do better than low fat diets for as long as they are compared, and low fat diets almost always fail in long term studies. The real problem here is the underlying assumption that we have in place a diet that is healthy for most people notwithstanding an epidemic of overweight, diabetes and the largely unchanged incidence of cardiovascular disease (CVD). Survival is better due to treatment but the incidence of CVD is not improved — how could it be, in the middle of an epidemic of obesity and diabetes? Most people with cancer and cardiovascular disease are not on low carb diets and, in fact, are trying to follow the American Heart Association or the USDA guidelines — they increase carbohydrate, decrease fat and cholesterol and get a lot of whole grains, and yet many people perceive that we have a health crisis. Just what level of safety and effectiveness in the standard diet is it that low carbohydrate diets are supposed to meet?

JP – In January 2008 you authored a study that showed that following a carbohydrate restricted diet lead to an increase in a “pro-inflammatory” fatty acid profile. However, the carb-restricted study volunteers actually exhibited lower serum levels of inflammatory markers. How do you explain these findings? How might this anti-inflammatory effect benefit one’s health?

Dr. Feinman – As we indicated in the paper, “pro-inflammatory” fatty acids may increase, but if they are not actually used for inflammatory markers, that is likely beneficial. This is a reasonable explanation but the system is complicated and we would not go beyond that. We would not jump to any major health conclusions on the basis of these experiments except to say that, as usual, the criticism that low carbohydrate diets might be pro-inflammatory did not pan out in the actual experiment.

In part two of my interview with Dr. Richard Feinman, I’ll ask him about: a) the utility of dietary supplements; b) exercise; c) stress reduction and more in the context of a low carbohydrate lifestyle. He’ll also offer an insider’s look at how “active low carbers” actually implement dietary changes in a real world setting, and, how their physicians react to the dietary choices. The latter is based on the largest survey of carbohydrate restricted dieters thus far published in the medical literature. For more information about Dr. Feinman and his important work, please visit the Nutrition and Metabolism Society.