Nobody wants to waste time or money on quackery. On the other hand, we’ve all heard anecdotes about people who have made dramatic recoveries under the care of holistic healers. The question then becomes: How exactly does one navigate through this uncertain terrain? The first step is to get a referral from someone you respect. But even with that assurance, you’ll still need to practice something I call “inquisitive optimism”. This requires maintaining a hopeful attitude while at the same time asking plenty of questions. 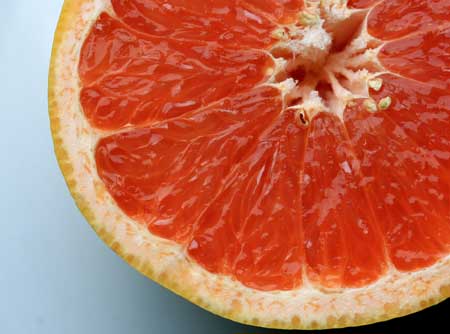 A recent tweet by the renowned integrative physician, Mark Hyman, provides an ideal opportunity to illustrate my philosophy. If you watch the video below you’ll see that Dr. Hyman is an articulate and charismatic spokesman for his particular brand of medicine. It’s also true that he makes some rather bold and controversial statements about the healing potential of natural remedies. As one of his patients, it would be perfectly natural to feel optimistic after hearing such positive case histories. But that shouldn’t stop one from asking some tough questions that may come to mind. For instance, if heavy metals play a major role in the development of dementia, why aren’t conventional physicians addressing this risk factor? I would be very surprised if Dr. Hyman didn’t have a well reasoned answer to that question. However, that doesn’t mean that you should simply accept the answer without proof. You’ll find that proof, or lack there of, in the medical literature.

As an experiment, I conducted a cursory review myself and came across several studies that identify mercury and other heavy metals as possible contributors to Alzheimer’s disease (AD) and dementia. I also discovered a few natural remedies (curcumin and a “modified citrus pectin/alginate” complex) that have been shown to limit the damage caused by mercury and reduce “total body heavy metal burden”. As an intriguing side note, curcumin is currently being investigated as a natural treatment for neurodegenerative diseases because of its antidepressant, anti-inflammatory and antioxidant properties. Some research even suggests that it can limit brain plaque formation in various animal models of Alzheimer’s disease. All of these mechanisms fit into the treatment strategy outlined in Dr. Hyman’s column, “9 Steps to Reverse Dementia and Memory Loss as You Age”. (1,2,3,4,5,6,7)

Dr. Laura Smith is the co-author of numerous books about psychology including “Obsessive Compulsive Disorder for Dummies”, “Overcoming Anxiety for Dummies” and “Why Can’t I Be the Parent I Want to Be?”. Many of us also know her to be a rather prolific presence of Twitter. This evening I happened upon a post by Dr. Smith that describes a study from the June 2010 edition of the journal Clinical Cancer Research. The paper she cites addresses the effect of psychological support in relation to cancer recurrence and survival. A total of 227 breast cancer patients took part in the evaluation. Over the course of 11 years, half of the participants underwent a psychological intervention and the remainder acted as an “assessment only” comparison group. During the extensive follow up period, 62 of the study volunteers had a recurrence of breast cancer. In that subset of women, those receiving psychological support had a 59% lower risk of dying from cancer and also demonstrated a more robust immune system as assessed by natural killer cell cytotoxicity and T-cell proliferation. (8,9,10)

Sometimes it’s best to try and find levity in otherwise depressing circumstances. Dr. Andrew Weil reminded me of this in a recent tweet which visualizes what the “average American” eats annually. Before I present the sobering data, I want you all to take a quiz. But don’t cheat! I’ll put the answers in the comment section at the end of this column.

Bonus Question: How many calories does an “average American” take in daily?

This is one instance where I’m happy to admit that I’m below average! The graphic entitled, Food Consumption in America is horrifying. Here are a few of the highlights or “lowlights”: each person in the US eats an average of 141.6 lbs of caloric sweeteners, 134 lbs. of (refined) wheat flour and 2.7 lbs of sodium per year. The sodium figure represents a 47% excess above and beyond the recommended daily allowance. But the really sad part is that genuinely healthy foods such as fish only account for 16.1 lbs/year. Eggs don’t fare much better, registering in at 32.7 lbs/year. Is it any wonder why most industrialized countries are experiencing an upswing in preventable diseases? Hopefully this illustration will remind us all of the changes that are desperately needed. (11,12,13)