The quality of modern health care is frequently in the news. Health care professionals, insurance companies and politicians all have their own ideas about how patients can better be served for less money. There’s all this talk about reforming health care and yet very few of the “deal makers” actually consult patients like you and me. Am I right? Well, I for one have a strong sense about what I’d like to see change. On the top of my list is the need for a greater variety of treatment options. There are some obstacles to that but, surprisingly, the most significant among them have nothing to do with money. My Healthy Monday tip of the week is to educate your doctor about the value of alternative and complementary remedies. 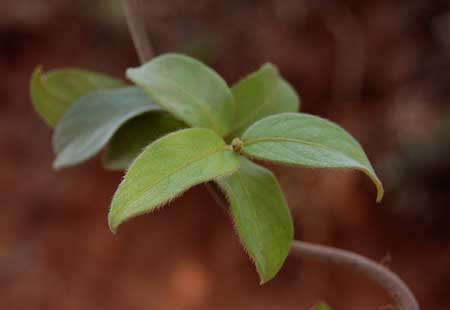 Let’s say you walk into your doctor’s office and you’re told you have a certain health condition. What usually happens next? In many instances you’re given a prescription for an expensive and potentially dangerous medication. The easy or “polite” thing to do is to simply trust that your doctor knows what’s best for you, take your medication and hope that it agrees with you. But is this what you really want? If it is, fine. But if you’d like to know about alternative ways of managing your health issues then you should speak up. No doctor can hear the little voice inside of you that wonders about such things.

The sad truth is that many patients are afraid to disappoint or offend physicians by asking pertinent questions and practicing due diligence. They often fear being viewed as foolish or unqualified to express concerns and the desire to influence their own health care destiny. This is an unhealthy dynamic that needs to end. The tricky part is that it can only change at the will of patients themselves.

If we walked into the doctor’s office together, here’s what could happen. This time, you wouldn’t walk out of the office with a prescription in hand – at least, not immediately. Before even contemplating using the medication, we’d respectfully ask about any lifestyle interventions or natural remedies that might provide a viable alternative. Now the truth is that many allopathic physicians will essentially tell you that there is no such thing. At least nothing that has a reasonable amount of evidence to back it up. This presents a challenge. But it’s one that you can frequently overcome by becoming an expert about your own health care.

Here are 5 recent examples straight from the scientific literature that could be used to refute the claim that natural remedies have no scientific evidence in their favor. Any of these studies would be a good starting point for presenting your doctor with an alternative treatment plan.

In the June 2010 issue of the journal Nutritional Neuroscience, researchers from the University of Cincinnati, Ohio determined that chromium supplements can improve mild cognitive impairment in older adults. A placebo-controlled, double-blind trial assigned 26 older men and women to use chromium picolinate or a placebo for 12 weeks. Functional MRIs (magnetic resonance imaging) and various measures of memory and mood were evaluated just prior to the study and directly afterward. The volunteers supplementing with chromium “observed reduced semantic interference on learning, recall and recognition memory tasks”. The FMRIs further detected increased activity in key areas of the brain typically affected by Alzheimer’s disease such as the bifrontal, right posterior parietal, right temporal and right thalamic regions. In all, the conclusion was that chromium picolinate “can enhance inhibitory control and cerebral function in older adults at risk for neurodegeneration”. (4)

Millions upon millions of dollars have been spent to create medications and vaccines that limit the risk of respiratory viral infections. Much less attention has been paid to a specific extract taken from the root of Pelargonium sidoides, also known as Umcka or South African Geranium. This is a shame because this little known herbal medicine is clinically proven to reduce the incidence and severity of respiratory tract infections such as acute bronchitis. It’s even been documented as shortening the duration of such infections when they do take hold. The most recent examination of Umcka involved 400 study volunteers with ages ranging from 6-18 years. The optimal dosage was determined to be 90 mg per day. Side effects were considered minimal and comparable between the placebo and Umcka treatment groups. (5)

If you present your doctor with one positive study about a natural remedy, he’s unlikely to be swayed. That was never the point of today’s column. Rather, the evidence presented above is simply to show that many scientific studies on drug-alternatives do exist. But your doctor is unlikely to be the one to seek them out. Most physicians simply don’t have the time and, frankly, don’t care to use unconventional treatments that may court controversy. Now, you can either view this as a dead end or an opportunity. If you truly want more access and support in using alternative remedies, make it happen. Don’t accept the current tide or wait for someone else to enact some sort of systemic change. This is your health, not theirs. Stand up for it and be counted.


3 Comments & Updates to “Educate Your Doctor”