Today’s edition of Twitter Thursday focuses of three topics that I think can positively impact your health care. In the first segment I’ll continue my quest to dispel the myth that eggs are an unhealthy food because of their cholesterol and saturated fat content. The middle segment will bring to light an emerging theory that some cases of appendicitis may not require surgical intervention. Lastly, I’ll add my two cents to a popular list of the “12 Best Smoothie Ingredients”. By the time you’re done reading today’s column, I hope you’ll take away a few ideas and insights about how to better serve your own wellness and beyond. 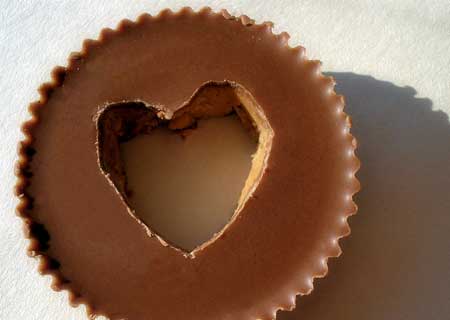 Do eggs contribute to cardiovascular disease and diabetes? A recent tweet by Dr. Bill Yates helps to address this ongoing nutritional controversy. The only way to truly get to the bottom of the debate is to go directly to the evidence. Two new studies appearing in the American Journal of Clinical Nutrition and The Nutrition Journal help to clarify the facts behind the claims and headlines.

In terms of diabetes, a prospective evaluation of 3,898 men and women determined that “there was no association between egg consumption or dietary cholesterol and increased risk of type 2 diabetes (T2D)”. This conclusion was based on an 11 year follow up period that measured dietary egg intake of 0 to 4 eggs weekly. Furthermore, egg consumption was not associated with “clinically meaningful differences in fasting glucose, fasting insulin, or measures of insulin resistance”. (1,2)

On the cardiovascular front, a randomized, placebo-controlled crossover trial involving 40 men and women with high cholesterol was recently published. The test subjects were given three different breakfast meals during separate 6 week test periods: a) 3 hard boiled eggs; b) an egg & sausage sandwich; c) 1/2 cup of egg substitute. Blood tests and measures of endothelial function were employed at the begin and end of each phase of the trial. The results indicate that “Egg consumption was found to be non-detrimental to endothelial function and serum lipids in hyperlipidemic adults, while egg substitute consumption was beneficial”. Based on prior studies, I suspect that using omega-3 enriched eggs would have yielded more positive results. (3,4,5)

Dr. Allen Greene is a leading figure in the field of integrative pediatrics. However, his medical advice often extends far beyond the care of children. This past week he alerted his Twitter followers that “Many cases of appendicitis are viral and people would recover fine without surgery”. This rather bold assertion is based on a recent paper published in the prestigious medical journal Archives of Surgery. Any surgery that can be avoided is desirable. But there’s more to the story than that. The appendix has recently undergone a makeover in the medical community. Until the last few decades, the appendix was often believed to be a “superfluous organ” with no important function. This all changed in 2007 when a landmark publication from Duke University proclaimed that, “the human appendix is well suited as a ‘safe house'” for good bacteria (probiotics) which play a vital role in maintaining a healthy digestive and immune system. The take home message here is to discuss treatment options other than surgery with your physicians if appendicitis is suspected. (6,7,8,9,10)

The Twitter account of Men’s Health Magazine recently posted its list of the “12 Best Smoothie Ingredients”. I beg to differ with some of the high-carbohydrate inclusions such as bananas, fat-free chocolate frozen yogurt and non-fat milk. However, we do agree on some of the items: ice, peanut butter and whey protein. (11,12)

If I was asked to contribute one candidate to the list of smoothie ingredients, I would probably choose organic cocoa powder. Pure cocoa powder is very low in calories, but is loaded with flavor and free-radical fighters which discourage the oxidative damage that accompanies heavy physical exertion. In addition, the July 2010 issue of the Journal of Strength & Conditioning Research reports that a cocoa-based protein drink is capable of “decreasing the level of self-reported perceived soreness after exhaustive exercise”. A reduction in post-exercise soreness can ultimately lead to improved physical performance in subsequent training sessions and, therefore, improved long term results. (15)

To summarize: Eating a few to several organic, omega-3 enriched eggs for breakfast is unlikely to cause you harm in the context of a whole food based diet. I personally eat several such eggs a week and believe that they support my good health as part of a carbohydrate-restricted diet. You can also enjoy a refreshing Chocolate Peanut Butter Smoothie without any guilt. Just add cold water, ice, 1 Tbs of organic cocoa powder, 2 Tbs of organic peanut butter and 1 scoop of unsweetened vanilla whey protein into a blender and process until creamy. Put a few drops of liquid stevia into the mix if you need some added sweetness. Finally, please share the updated appendicitis research with your physicians. If progressive doctors such as Allen Greene are open to such revelations, your doctors may be as well.