It’s hard to imagine any community that isn’t profoundly touched by addictive and/or compulsive disorders. The specific behaviors and substances involved vary but the end results are predictably ruinous, unless an effective intervention takes place. Alternative therapies are rarely used as primary treatment options for serious addictions which frequently lead to incarceration or permanent health consequences. However, a relatively new string of scientific studies do point to the utility of complementary approaches as an adjunct to conventional treatment. My Healthy Monday tip of the week is to consider mind-body techniques and natural remedies as part of a holistic treatment regime for addictions and compulsive behavior. 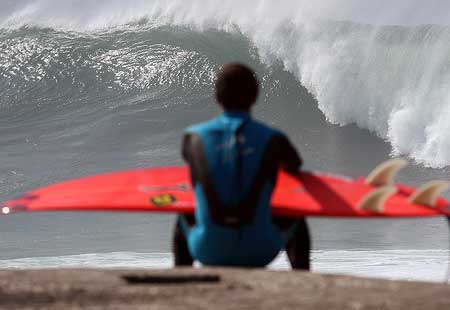 Regular readers of my site are familiar with my past which includes an eating disorder during my adolescence and a struggle with overweight in my adult life. My path to recovery involved a combination of psychotherapy in my youth and an informal Internet support group in recent years. Intensive psychotherapy and group counseling initially saved me from starvation at the hands of Anorexia Nervosa. The use of an online food diary and the backing of numerous low carb dieters provided the support I needed to lose over 85 lbs over the last few years. But the fact is, for many people, this type of “treatment” isn’t enough. More is needed.

While recently reviewing the medical literature, I identified several noteworthy forms of adjunctive therapies. Some will likely be more familiar to you and your physicians than others. The one thing they all have in common is at least some scientific evidence supporting their use in the field of addictive and compulsive conditions. Please note that just because I mention these options does not necessarily mean that they’re suitable for individual circumstances. Treating an addiction is a highly specialized process which requires the guidance of experts. The following data is simply intended to offer additional hope and resources.

A current study presented in the American Journal of Addiction examined the effects of 2,400 mg/day of NAC in 24 cannabis dependent males and female with an average age of 18. This age group was targeted because marijuana use is significantly higher in adolescents (3.6%) and young adults (5.9%) as compared to older adults (.7%). Over the course of 4 weeks, the study participants were asked to take 1,200 mg of NAC twice-daily. During the period adverse reactions, “medication adherence” and marijuana use was documented. Marijuana use diaries indicated “a reduction in reported days per week of marijuana use over the course of NAC treatment“. In addition, several psychological components of cannabis dependence were also improved (compulsivity, emotionality and purposefulness) as assessed by a before-and-after Marijuana Craving Questionnaire. Side effects were relatively rare and mild in nature. (1)

In their concluding remarks, the authors of the pilot cannabis trial noted “prior NAC treatment studies in cocaine and nicotine dependent individuals”. They could have also mentioned that NAC has shown promising results in relation to other addictive and compulsive behaviors such as impulsive/obsessive hair pulling, nail biting and pathological gambling. (2,3,4,5,6)

The July 2010 edition of the Journal of Alternative and Complementary Medicine reports that Qigong meditation was better accepted and more effective than “Stress Management and Relaxation Training (SMART)” in a group of 248 men and women undergoing “residential addiction treatment”. Those practicing daily meditation noted a greater reduction in cravings and withdrawal symptoms than those using the SMART approach. Other forms of meditation including mindfulness meditation, Vipassana meditation and meditation + yoga have also resulted in improved treatment outcomes in various populations including substance abuse among prisoners. (7,8,9,10)

Another mind-body intervention referred to as “surfing the urge” recently made headlines in the medical journal Psychology of Addictive Behaviors. Over the course of one week, a group 123 undergraduate smokers applied this practice or not to their daily routine. Those who engaged in this “brief mindfulness-based therapy” smoked fewer cigarettes by apparently changing their response to urges to smoke. According to the National Institute of Alcohol Abuse and Alcoholism, “urge surfing” can best be described as a three-part process which involves:

The process isn’t intended to necessarily diminish cravings but rather allow one to experience them in a different way. One description summarizes it thusly, “Urges are a lot like ocean waves. They are small when they start, grow in size, and then break up and dissipate. You can imagine yourself as a surfer who will ride the wave, staying on top of it until it crests, breaks, and turns into less powerful, foamy surf”. (11,12,13)

A new Italian study suggests that acetyl-l-carnitine (ALC) may diminish alcohol cravings and improve relapse prevention in alcohol dependent subjects. A randomized, double-blind, placebo controlled trial in 64 alcoholic patients revealed that 1,000 mg – 3,000 mg/day of ALC increased the likelihood of alcohol abstinence and lead to a decline in cravings for alcoholic beverages after just 10 days of treatment. These results were based on a 90 day preliminary evaluation. The conclusion states that, “ALC can reduce craving and the first time to drink” and that “ALC use was safe”. To the best of my knowledge, this is first human trial involving ALC in addiction treatment. Two animal studies from 2004 and 2006 were probably the basis for the above human study. Those initial experiments hinted at the potential of ALC in rats that were dependent on cocaine and methamphetamine. (14,15,16)

Rhodiola rosea has traditionally been used as an adaptogen to assist the body and mind adapt to mental and physical stressors. Emerging evidence in animal models offers hope that this adaptogenic activity may one day support humans who are addicted to drugs. The most current example can be found in the February 2010 issue of the Journal of Psychopharmacology. It describes an experiment in which Rhodiola rosea extract “significantly and dose-dependently attenuated both development and expression of morphine dependence after chronic and acute administration. These data suggest the Rhodiola rosea may have human therapeutic potential for treatment of opioid addiction”. Two additional investigations support this contention by showing that Rhoidola extracts aid with nicotine cessation and withdrawal and may attenuate substance seeking behavior. (17,18,19)

In terms of the quality of evidence, NAC and the mind-body approaches I’ve mentioned are leading the pack for realistic alternatives in addiction treatment. But ALC and Rhodiola rosea are therapeutic candidates that merit monitoring and consideration if additional research continues to show promise. At present, new studies are planned or are underway that may help researchers better understand whether natural remedies offer true hope to those living with addictive and compulsive disorders. I’ll be sure to keep a close eye out for those results and relay the information to you in future columns. (20,21,22,23,24)