When it comes to herbal medicine, doctors and patients often share similar reservations. Among them is a question about the utility of natural remedies in a real world setting. They frequently doubt that the positive results found in animal and in-vitro (“test tube”) experiments will hold true in human subjects. Another area of skepticism has to do with the breadth of activity that many dietary supplements claim to possess. For instance, how is it possible that an herbal extract can improve seemingly disparate health conditions? It might surprise you to know that I sympathize with both of these points of view, but only up to a point. When there’s evidence that some natural remedies do, in fact, benefit human beings and support a variety of systems in the body, that data needs to be reckoned with and acknowledged. 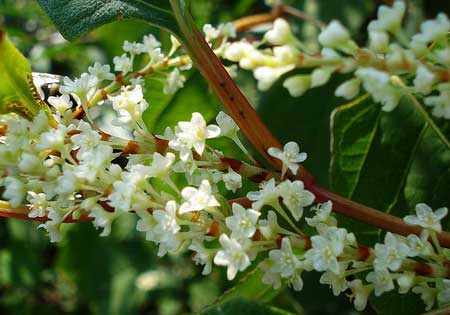 Today I’ll look at scientific research on three popular natural remedies. Every study cited is based on clinical trials involving human participants. In addition, they illustrate a different, but equally impressive, health benefit provoked by the respective plant-based extracts in question. These examples are exactly the type of research that needs to be publicized in order to suspend unreasonable disbelief of alternative and complementary therapies.

Resveratrol is a phytochemical that is primarily associated with red wine. However, in a supplemental form it is most often extracted from Japanese knotwood (Polygonum cuspidatum). A 6-week study presented in the June 2010 issue of the Journal of Clinical Endocrinology & Metabolism tested the effects of a Japanese knotwood extract (JKE) containing 40 mg/day of resveratrol in 10 healthy adults. Before and after blood tests revealed that those receiving daily resveratrol demonstrated lower levels of inflammation and oxidative stress as assessed by numerous health indicators (C-reactive protein, TNF-a, IL-6, etc.). A comparison group receiving a placebo exhibited no significant changes in health status. A separate human trial appearing in the July 2010 issue of Nutrition, Metabolism and Cardiovascular Diseases also found that acute supplementation with resveratrol, at a higher dosage of 270 mg/day, resulted in improved flow-mediated dilatation of the brachial artery – a common “biomarker of endothelial function and cardiovascular health”. The authors of the study concluded that, “This effect may contribute to the purported cardiovascular health benefits of grapes and red wine”. (1,2)

One of the most controversial yet promising nutraceuticals of them all is curcumin (Curcuma longa). Much of the debate about this rhizome has to do with its absorption, or lack there of, in the human body. Italian scientists are trying to overcome this obstacle by binding an extract of curcumin to soy phosphatidylcholine (a component of lecithin). This forms a so-called “phytosome” which is theorized to increase bioavailability considerably. A new human study supports this claim and goes on to ascribe significant anti-inflammatory activity to it. In the trial, researchers administered 200mg/day of Meriva, a curcumin phytosome supplement, to 50 patients with osteoarthritis. Measures of arthritis symptoms, inflammatory status and physical ability were monitored over a three month period. A dramatic 58% reduction in arthritis symptoms (WOMAC score), an improvement in walking distance (from 76 meters to 332 meters) and a decline in C-reactive protein concentrations (from 168 mg/L to 11.3 mg/L) were reported. Treatment costs and the use of medication were also reduced in those receiving the complexed curcumin vs. placebo. (3)

Additional evidence that curcumin is utilized by the human body has recently come to light. Much of the interest in curcumin has to do with its potential to combat a variety of cancers. But how it purports to do so is in question. A recent evaluation in the Journal of Clinical Biochemistry and Nutrition offers some insight into this mystery. In the experiment, turmeric tablets, a crude form of curcumin, were supplied to a group of healthy volunteers. Before and after blood tests indicate that turmeric supplementation caused a significant elevation in a “potent cancer-preventive acyclic retinoid” known as GGA or geranylgeranoic acid. Various herbs and spices are known to contain GGA including basil, cinnamon, rosehip and turmeric. This finding suggests that the “turmeric tablet was absorbed as an intact form from intestinal mucosa”. The medical investigators go on to say that “the present study provides a clue to conduct research for cancer preventive roles of GGA in a number of spices”. (4)

My opinion of Pycnogenol (Pinus pinaster ssp. atlantica) can best be conveyed by telling you that I’ve recommended it to both my wife and mother. Simply put, Pycnogenol or pine bark extract is one of the best researched natural remedies available today. It’s efficacy and safety record are downright impeccable. The one and only downside of this potent antioxidant is its price tag. It is indeed expensive, but I think well worth it.

This month’s issue of Phytotherapy Research reports on the benefits of Pycnogenol in those living with seasonal allergies. Just prior to the 2009 “birch allergy season”, 39 men and women were asked to take a placebo or Pycnogenol in the hopes of reducing reactivity to birch pollen. Blood tests revealed that those receiving Pycnogenol had lower concentrations of immune markers (IgE) associated with birch pollen reactions. The patients supplementing with the pine bark extract also exhibited lower allergy scores with respect to eye (-35%) and nasal (-20.5%) symptoms. The Canadian scientists conducting the research noted that the best results were found in those using Pycnogenol for 7 to 8 weeks prior to the start of allergy season. (5)

The versatility of Pycnogenol was further illustrated in the June 2010 issue of the journal Phytomedicine. There, a study provides evidence that Pycnogenol is more effective at treating symptoms of “severe chronic venous insufficiency” than compression stockings. What’s more, a combination of the two therapies provided a synergistic effect. This lends credence to the use of pine bark extract in cases of poor circulation to the legs and beyond. (6)

It may seem improbable that resveratrol can lower inflammation, oxidative stress and promote a healthier cardiovascular system. Although arthritis and cancer seem to be completely unrelated conditions, curcumin may have a hand in intervening in both maladies. Finally, Pycnogenol can tame both allergic reactions and support the circulatory system in the lower extremities. If I made these claims without supporting evidence, I could understand why they’d seem unbelievable. But now you have some solid data to back up my contentions. This provides you with a rare opportunity to counter the skepticism that many people have about natural medicine.