Many of the things that improve the quality of life aren’t served on a dinner plate or taken in a pill form. But you’d never know that by visiting most doctors’ offices or reading the majority of medical journals. Then again, there is a great deal of wisdom that often bypasses both of those educational clearing houses. My hope is that the same pattern won’t befall this site. To that end, here are three compelling tweets from Dr. Mehmet Oz, Rick McGuire and Dr. Mary Dan Eades to enrich the quality of your days and nights. 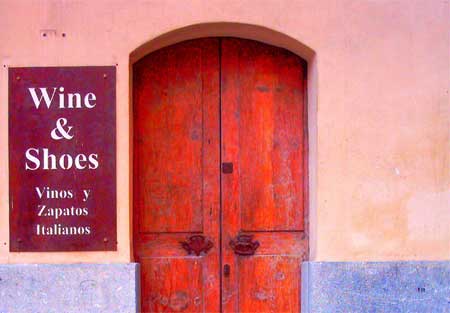 A recent tweet by Dr. Oz, the professor of surgery at Columbia University, poses the following question: “Having a rough Monday?”. He goes on to add, “New research points to a solution: sleeping in *more* on the weekends”. The origin of the post is a new study appearing in the journal Sleep. In it, researchers from the University of Pennsylvania report that spending 10 or more hours in bed on weekend nights may improve concentration and mental acuity during the weekdays. Here’s how the experiment was set up:

All of the study subjects were then given computerized assessments testing alertness, attention span and reaction time during their waking hours. The men and women who underwent sleep deprivation showed signs of compromised mental performance. However, these effects were largely reversed after they rested for a 10 hour period in bed. Shorter recovery periods ranging from 2 to 8 hours were not successful in reestablishing neurobehavioral functions. In conclusion, the authors state that, “Complete recovery from such sleep restriction may require a longer sleep period during 1 night, and/or multiple nights of recovery sleep”. (1,2)

If you want to live a healthier and longer life, make sure to stay connected with your family and/or friends. This piece of advice was posted on Twitter this past week by my “go to” source for breaking medical stories, Rick McGuire. The study behind the post comes straight from the pages of the journal PLOS Medicine. It describes a meta-analysis of 148 trials that evaluated the role that social relationships play with respect to health outcomes. In all, 308,849 men and women were studied in this comprehensive review. A 50% greater likelihood of survival was found in those with the strongest social ties. The results were independent of several potentially important variables such as age, cause of death, gender and initial health status. When performing a sub-analysis of the data, a few key points became evident: a) men and women with the greatest degree of social integration showed the most robust protection of 91%; b) simply living with others didn’t necessarily confer any benefit. This suggests that the quality of relationships and the satisfaction provided by them is what’s truly important. (3,4)

Social Integration Likely Reduces the Risk of All Cause Mortality

The field of medicine can be quite somber at times. It can be difficult to keep things lighthearted when there are real life and death issues involved. Dr. Mary Dan Eades, the co-author of Protein Power and The 6 Week Cure for the Middle-Aged Middle, is helping out today on the levity front. Just a few days ago she tweeted: “Want wine when traveling? No corkscrew? No problem! Leave it to the French to find a way”. The ingenious video that accompanies this tweet can be found as the second footnote proceeding this paragraph. The audio is in French but the visuals can be universally understood and enjoyed. (5,6)

I can’t leave the topic of red wine without conveying a bit of good news for all the wine lovers out there. A new trial from Chile offers some welcome research for anyone who enjoys a daily glass of red wine. A trial involving 42 “omnivorous male students” who ate a Mediterranean diet (MD) or Occidental diet (OD) with or without wine was just completed. Those consuming red wine drank a moderate daily amount – 240 ml or about 8 ounces. Blood tests were taken at baseline and after 30, 60 and 90 days of the respective protocols. The findings indicate that eating a Mediterranean diet effectively increased the levels of Vitamin C, E and total antioxidant reactivity (TAR). The Occidental diet only increased the level of Vitamin E. However, when wine was added to each diet the researchers found elevations in beta carotene, polyphenols, red blood cell glutathione, total antioxidant reactivity and Vitamin C. In the summary of the study, the authors noted that, “Volunteers on MD showed better antioxidant defenses and less oxidative damage than those on OD. Moderate wine consumption improved antioxidant defenses in both groups and counteracted the oxidative damage observed with OD”. It’s important to note that an Occidental diet is typically characterized as being high in omega-6 fatty acids and refined carbohydrates, and low in omega-3 fatty acids and fiber. All told, the bottom line appears to be that adding red wine to both healthy and unhealthy diets is capable of improving their overall impact. (7)

Wouldn’t it be great if you went in for your yearly physical exam and your doctor advised you to: 1) get more sleep on the weekend, if you’re sleep deprived during the weekdays; 2) keep up good relationships and/or establish new friendships to promote better health and longevity; 3) use a shoe to open a bottle of wine if you have to because drinking it can improve the quality of your diet? It may seem like a stretch to expect this type of guidance from a medical professional. But that could realistically change if they had more conviction about the health benefits involved in giving such recommendations.