The topic of breastfeeding and infant formula has been on my mind lately. Perhaps it’s because a colleague and friend recently had a baby. My brother-in-law and his wife are also expecting. With all of the contradictory information out there about prenatal nutrition, I wonder how they and other parents-to-be decide on what’s best for the babies. Thankfully, it seems that at least one area of prenatal care isn’t widely contested – breastfeeding. If a mother is healthy and capable of providing adequate breast milk, it is generally considered the optimal source of nourishment. But much like infant formula, the quality of breast milk is largely dependent upon what ingredients it contains. This is why what a mother eats and supplements with during pregnancy and while breastfeeding is vitally important. My Healthy Monday tip of the week is for expectant mothers to discuss essential fatty acid supplementation with their physicians. 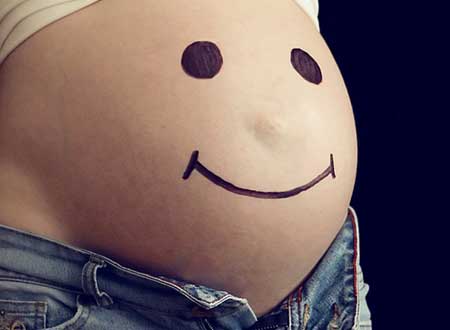 Women of child bearing age are often advised to take a prenatal supplement or at least a multivitamin that contains added folic acid and iron. Doing so dramatically reduces the risk of birth defects such as neural tube disorders, low birth weight and even neonatal death in areas where inadequate nutrition is common. (1,2,3)

After a baby is born, parents must decide whether they want to feed their newborn breast milk, infant formula or a combination of both. Infant formula manufacturers are keenly aware of this decision making process. That’s why they’re constantly trying to improve formulas by adding ingredients which help them more closely resemble the nutritional composition of human breast milk. Fortifying such products with essential fatty acids is one way in which they accomplish this goal. Even ardent breastfeeding advocates, such as, Dr. Allen Greene support this trend in infant nutrition. (4,5,6)

The most cutting edge infant formulas typically contain specific quantities of select fatty acids including DHA (docosahexaenoic acid) from algae or fish sources. But not all breast milk can be counted on to provide that same level of nutrition. DHA levels in breast milk are dependent upon the diet of mothers. Meal plans that are low in fish and high in refined foods have been documented as deficient in DHA. But as expected, the opposite is true of women who eat DHA-fortified foods or supplement with fish oil. Their lactation is much higher in DHA. (7,8,9)

Several new studies support a strong rationale for expectant mothers to ensure optimal DHA intake. My hope is that the following research will encourage more physicians to ask their patients whether they’re doing so and vice versa. The July issue of the Journal of Pediatrics describes a study in which breastfeeding women were given either a placebo or 200 mg of DHA from algae (algal oil) “from delivery until 4 months postpartum”. At the age of 5, the same children were assessed medically to determine whether there were any meaningful differences in terms of mental or visual performance. An advantage was found in the DHA children with respect to “sustained attention”. According to the authors of the study, this suggests that prenatal exposure to DHA via breastmilk may confer “long-term benefits on specific aspects of neurodevelopment”. (10)

A more direct link between fatty acids in breast milk and infant health was reported on in the July 2010 edition of the journal Allergy. In the study, the fatty acid content of breast milk from 310 mothers was examined and compared to the likelihood of atopic eczema in their infants. The infants were subsequently followed over a 2 year period in order to establish a reliable picture of allergic predisposition and atopic outcomes. Higher levels of omega-3 fatty acids, as found in fish oil, were deemed to reduce the risk of atopic dermatitis, “parent-reported eczema” and allergic reactions to a variety of foods including cow’s milk, hen’s egg and peanuts. Similar benefits were recently found when breastfeeding mothers were administered blackcurrant seed oil (BCSO) as well. BCSO provides a unique fatty acid known as gamma-linolenic acid (GLA) which may also decrease the odds of allergic skin conditions at the 2 year mark of life. (11,12,13)

Several recent reviews in the medical literature set out to establish the current state of knowledge about fatty acid exposure in early life. When viewed in totality, researchers tend to agree that wide sweeping generalizations about the health benefits of supplementing with omega-3 and omega-6 PUFAs cannot be made at present. However, they generally concur that these essential fats are likely helpful in several key categories: allergic and atopic conditions – including asthma and food allergies, immunologic status, infant growth, neurodevelopment and visual function. More research is clearly called for, but the evidence thus far is quite compelling. (14,15,16)

The reason I’ve focused on algal or fish oil rather than fish is because of widespread concerns about the variable mercury content of seafood. There is little doubt that indiscriminate intake of fish increases the levels of mercury in pregnant women. However, the net effect of such exposure often yields inconsistent findings. A case in point is a newly published study from France. The conclusion, which was published in the British Journal of Nutrition, states that maternal seafood intake was indeed associated with mercury levels. However, there was no association found between seafood intake and fetal growth. Nonetheless, I think it’s best to err on the side of caution and avoid fish that are known to contain high concentrations of mercury. The following list, adapted from Environmental Protection Agency and the Natural Resources Defense Council, can be used as a general guide. Please click on the footnotes proceeding this paragraph for more detailed lists. Also, please be aware that data about the mercury and PCB content of fish isn’t set in stone. Only the most current facts and figures are relevant. So do check back regularly in order to find the most recent figures available. (17,18,19)

It’s quite common to find prenatal supplements that include supplemental DHA these days. If you haven’t seen them around, you may be looking in the wrong places. The supplement aisles of many markets and pharmacies tend to be behind the curve when it comes to progressive nutritional formulations. On the other hand, you’ll probably find one or more options such as those I’ve described at your local health food. If that’s not the case, simply search online for a reliable vendor. I can tell you from experience that maternal DHA products can be found if you know where to look.