Have you ever been in the presence of a truly gifted salesman? I think most of us have at one point or another. In fact, I suspect that merely asking that question conjured up an image or memory from your past. In all likelihood, the vast majority of you were thinking of someone who was selling something mostly for profit. Please don’t get me wrong. I don’t think there’s anything wrong with turning a profit. But I sometimes wish that it was as easy to sell the concept of charitable giving and good health practices as it is to sell alluring products. 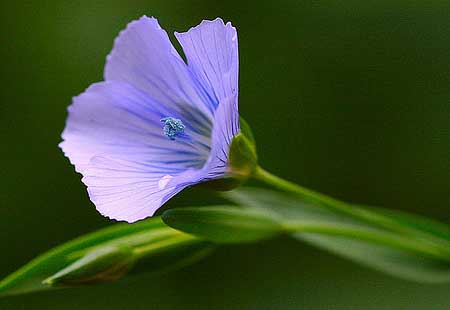 I’m not a great salesman. That’s why I’m asking those of you who are to sell the idea of preventive medicine to the people you care about. Take today’s column as an example. I’ll present five studies that demonstrate that good nutrition can help reduce the risk of some of the leading causes of mortality in the 21st century. If I were selling a medication that could achieve that goal, there were would countless advertisements directed at patients and physicians alike. Everyone would know about it. But eating right isn’t nearly as sellable as taking a colorful pill that’s marketed by well financed pharmaceutical giants and endorsed by health authorities. That’s why any true health revolution will require a grass roots effort. Right now, the cart is leading the horse so to speak. Things are backwards and we’re the only ones who can turn it right.

The number one killer in the USA is heart disease and stroke. A new Italian study explains that a diet rich in antioxidants can improve heart health in as little as 14 days. Two groups of women were fed diets that contained comparable amounts of alcohol, calories, fiber, fruits, micronutrients and vegetables over a two-week period. The only difference is that one of the diets featured low antioxidant content (LT) and the other high antioxidant content (HT). After the initial two-week diets, they all took a 14 day break or a washout period. Finally, they switched menu plans and ate the opposite diet for the same amount of time. Blood tests were taken before and after each segment of the study. A measure of overall cardiovascular health and circulation known as flow-mediated dilatation improved only during the high antioxidant portion of the study. A decline in systemic inflammation or C-reactive protein was also noted. The conclusion of the trial states that, “A short-term HT diet improves endothelial function in volunteers at low cardiovascular risk, which may further reduce their risk of CVD (cardiovascular disease)”. (1,2)

According to recent government statistics, diabetes contributes to over 230,000 deaths per year in the United States alone. Japanese researchers from the Osaka University Graduate School of Medicine have something to say about this. They recently published a population study that clearly illustrates a decreased risk of adult onset diabetes in men and women with the highest magnesium intake. This finding held true independent of gender. All told, those in the highest quartile of magnesium intake had a 36% lower odds ratio of diabetes. Some of the best sources of dietary magnesium include: almonds, cashews, halibut, mixed nuts, pumpkin seeds and spinach. (3,4,5)

Colorectal cancer isn’t exactly a popular topic of conversation at social gatherings, but perhaps it should be. It’s the third most commonly diagnosed form of cancer and also the third deadliest. The August 2010 edition of the journal Cancer Causes and Control offers some guidance on how to avoid it: 1) avoid eating starch-rich food; 2) get plenty of fiber, nutrients and unsaturated fats from your diet. It’s interesting to note that the protective unsaturated fats came from both animal and vegetable sources. (6,7)

Higher Levels of ALA (Omega-3) May Lower Heart Attack Risk

Obesity contributes to many of the leading causes of death in the USA and abroad – certain cancers, diabetes and heart disease. A recent French study offers evidence that imbalanced fatty acid intake may be contributing to the worldwide obesity epidemic. The basis for this assertion is a newly completed animal study in which four generations of mice were fed diets comprised of different fatty acid ratios. One diet was rich in alpha-linolenic acid (an omega-3 fat) and the other in linoleic acid (an omega-6 fat). The omega-6-rich diet resulted in higher levels of trans-generational inflammation, insulin resistance and weight gain. The authors of the study draw a connection between the physiological changes seen in the experimental mice and the climb in human obesity over the past several decades – 1960 to 2000. According to the researchers, these findings illustrate that the estimated 250% increase in linoleic acid intake and the 40% decrease in alpha linolenic acid consumption in modern times may be responsible for some of the underlying causes of weight gain. Chia, hemp and flax seeds are abundant sources of alpha-linolenic acid. (8,9)

One of the more alarming mortality statistics relates to Alzheimer’s disease and dementia. Between the years of 2000 to 2006, there was 41.6% increase in reported deaths in this select category. But this is a call to action not a cause for despair. The current issue of the British Medical Journal reports that genetics account for only about 7% of diagnosed dementia cases. On the other hand, eating more fresh fruits and vegetables, avoiding diabetes and treating depression were listed as more profound and modifiable risk factors. Increasing “crystallized intelligence” by acquiring knowledge throughout your lifetime and learning new skills was also shown to reduce the hazard ratio for dementia by 18%. This is yet another illustration that disease isn’t entirely or even mostly out of our control. (10,11)

If I were to try to sell this information to a general audience, I think I’d work this line in at some point: “Think about all of the things in your life that are truly worthwhile. Did they just happen by chance or good luck or did you have to work for them?”. Taking good care of yourself and those around you will never be as easy as popping a pill – whether a medication or nutritional supplement. Virtually everything that really matters in life is earned. There is no cosmetic or natural remedy that will give life meaning or make someone love us. Likewise, there aren’t too many shortcuts when it comes to health. As Albert Einstein once said, “Everything should be made as simple as possible, but not simpler.”