The history of hemp products in the natural health industry has been one largely dominated by uncertainty. So it didn’t surprise me when a client recently asked me about them. I offered a brief summary and my best opinion. Needless to say, it differed from what he had previously been told. This is a common occurrence in my chosen field. For every health topic, there are numerous opinions. Some are generated by the conventional medical establishment. Others are promoted by the makers of hemp products, the media and health food store employees. The likelihood that all of these disparate sources will agree on anything is infinitesimal. 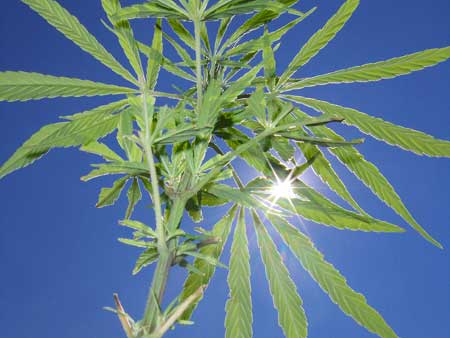 Simply adding another opinion to the hemp product debate is rather pointless. That is unless it is backed by transparent reasoning. Today I’ll offer my two cents about hempseed oil and protein. But what will differentiate it from most other commentary is that I’ll use published scientific studies to inform my point of view.

The controversy about hemp being the same as marijuana is mostly a relic of the past. Hemp and marijuana are sourced from different members of Cannibus genus – hemp (Sativa) and marijuana (Indica). Hemp is now widely available as a dietary supplement because of its nutrient density. Hempseeds, which are technically nuts, contain approximately 30% fat and 25% protein. Its fatty acid composition is considered highly desirable because it’s comprised of over 80% polyunsaturated fats. But what really sets hempseeds apart from most other nuts and seeds is that they present an omega-3/omega-6 ratio of approximately 1:3. This is believed to be more in line with the fatty acid make up of many traditional diets. The seeds of hemp also possess a fairly rare fatty acid known as GLA or gamma-linolenic acid which is documented as having anti-inflammatory properties. (1)

I wish I could tell you that all of the studies inspire the same level of confidence about hempseeds. Unfortunately, they do not. A case in point is a human study from the February 2008 issue of the Journal of the American College of Nutrition. A total of 86 men and women took part in a 12 week double-blinded, placebo controlled trial testing the effects of fish oil, flaxseed oil and hempseed oil. Researchers from Manitoba, Canada verified that each oil was absorbed based on changes in blood levels of fatty acids in all of the study volunteers. The surprising finding was that none of the oils provoked any significant changes in circulatory factors, inflammatory markers or lipid levels. However, in fairness, it’s possible that the low dosage used (2 grams/day) was insufficient. (3)

Another human study from December 2006 compared the relative effects of flaxseed and hempseed oil on blood sugar, cholesterol, insulin and triglyceride levels in a group of 14 healthy men and women. This was a crossover trial wherein the subjects were given flax oil for 4 weeks, followed by a 4 break or washout period and then a 4 week trial with hemp oil. This time, the dosage used was considerably higher 30 ml or 30 grams/day. The hempseed oil “resulted in a lower total-to-HDL cholesterol ratio” compared to flax oil. A lower total/HDL cholesterol ratio is thought to reduce the risk of heart disease. (4)

Two animal studies from 2006 and 2007 also yielded mixed results while examining the effects of hempseed intake on “cardiac ischemia-reperfusion injury” – heart damage caused by an absence of blood flow. One of the experiments found that the addition of 10% hempseeds to the diets of rats provided significant cardioprotective effects. But, the authors of the 2006 trial came to a decidedly different conclusion: “The present study does not support the use of dietary hempseed to protect the heart during ischemic insult”. (5,6)

As far as clinical studies are concerned, the only remaining trial to review comes courtesy of the April 2005 issue of the Journal of Dermatological Treatment. In it, hempseed oil was compared to olive oil in 20-week randomized, single-blind crossover study in patients with atopic dermatitis. Those using hemp oil showed evidence of a reduction in dermal medication use, itchiness and skin dryness. The scientists conducting the study also documented a dramatic gain in select plasma fatty acids (alpha-linolenic acid, gamma-linolenic acid and lenoleic acid). They theorized that the hempseed oil corrected a pre-existing imbalance relating to polyunsaturated fatty acids. (7)

The sometimes hyperbolic claims made about hempseed oil far out distance the number of studies available to support them. The same is even more true in the case of hempseed protein. There has yet to be a published trial in humans utilizing hemp protein isolate (HPI). The best data we have to go on comes from a laboratory analysis published in the November 2006 edition of the Journal of Agricultural Food Chemistry. The primary conclusions found were: a) HPI has a comparable amino acid profile as soy protein isolate (SPI); b) it’s lacking in lysine and sulfur-containing amino acids, but is an otherwise sufficient protein source; c) it “can be used as a valuable source of nutrition for infants and children, but has poor functional properties when compared to SPI”. (8)

Animal studies have generally found hemp seeds to be a fine source of nutrition. If these results are translatable to humans, then it’s possible that hemp seeds could be relied upon to alleviate fatigue, promote healthy immune function and support overall health safely. But only further trials in humans can adequately answer that question. At present, I’m unaware of any major studies in this category that are planned or in progress. (9,10)

One pertinent issue that appears to be resolved is the likelihood of testing positive for marijuana while using hempseed supplements. This was a real concern in the 1990s. At that time, several scientific inquiries did indeed find unacceptably high levels of cannabinoids in commercially available products. However, recent changes in the manufacturing process and quality control measures have long since overcome this major hurdle. A newer set of published studies attest to this fact. This is also a major selling point that virtually all hemp products distributors now stand behind. No company wants to be sued as a result of an undeserved positive result during a workplace drug screening. (11,12,13,14,15,16,17,18,19)

So what’s my overall verdict on hempseed oil and protein? I wouldn’t discourage most people from trying either of them out. You see, I’m not at all convinced that they’re bad products. But I wouldn’t recommend them unless there was a good reason to do so. For example, if someone was looking for a good source of GLA or omega-3 fatty acids, I’d prefer to point them in the direction of blackcurrant seed oil, evening primrose oil, fish oil or krill oil first. The same goes for protein sources. I feel more confident recommending organic brown rice protein, egg white protein or whey protein as opposed to hemp protein isolate. The bottom line is that I’m not yet sold on the rather scant amount of research on hemp as a food source. I feel justified in this position knowing that a current summary in the April 2010 issue of the journal Nutrition and Metabolism came to a similar conclusion. Having said that, if you’ve tried hempseed oil and/or hempseed protein isolate and you think my P.O.V. is off base or “on point”, please let me know. I’m always hungry for more knowledge and I’d love to hear what you have to say. (20)