There are certain trends that are very difficult to predict. Long term economic forecasts, technological prognostication and weather outlooks are notorious for making many analysts look the fool. However, select aspects of health care are considerably easier to estimate. An example is preventable disease. Far too many people are literally speeding up their own demise by the way they live their lives. Some of the hardest hit segments of this population are children and adults experiencing financial hardship. What is desperately needed is some meaningful form of intervention. Several recent messages on Twitter offer practical suggestions about how to reduce the economic burden and widespread damage associated with preventable health conditions. 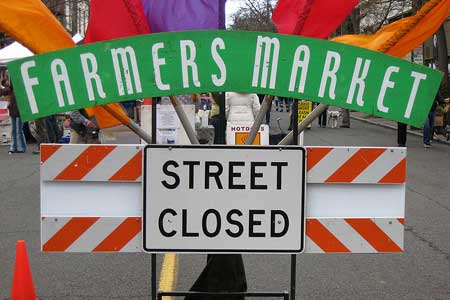 Dr. Mark Hyman of the Institute for Functional Medicine took aim at this very topic in a tweet posted this past Monday. There, he links to an in-depth article of his own which presents a daunting portrayal of the real cost of eating “cheap, quick food”. Here are some of the highlights from his thought provoking presentation:

Dr. Hyman also points out that obese patients visit their physicians roughly 40% more often than normal weight patients and require about 2.5 times the number of medications relating to cardiovascular conditions.

As far as solutions go, Dr. Hyman suggests looking to other cultures that have little money but do not have the same epidemic of weight-related health care issues. He also encourages his patients and readers to research healthier food selections and then shop and prepare meals accordingly. To that list, I would personally recommend an additional option: alternate day fasting (ADF). ADF addresses several of the medical concerns relating to this topic: cardiovascular disease, diabetes, economic factors and overweight. In ADF, one engages in an alternate eating pattern by eating normally on one day and then reducing caloric intake by 75% on the following day. In practical terms, this means eating three meals on a Monday, only one slightly smaller meal than usual on Tuesday, three meals again on Wednesday and so on. According to preliminary research, this may impart significant protection against various diseases while reducing grocery and health care expenditure in adults. (1,2,3)

Dr. Jonny Bowden, the author of The Most Effective Ways to Live Longer, recently tweeted about a piece he found in the New York Times. The opening line gives a good idea about the direction of the column by Natasha Singer: “The farm stand is becoming the new apothecary, dispensing apples – not to mention artichokes, asparagus and arugula – to fill a novel kind of prescription”. That’s right. Some physicians are now encouraging at-risk patients to eat more fresh fruits and vegetables by prescribing them along with coupons that can be used at local farmers’ markets. In part, it’s an effort to help local produce vendors compete with fast food chains that offer cheaper but less nutritious food. Currently there are 36 states that have “farmers’ market nutrition programs” in place for families in need. (4,5)

Whether or not the previously mentioned programs are the most effective means of improving health in at-risk communities isn’t entirely clear at this time. But the benefits of added produce in the lives of growing children is virtually without debate. A publication in this month’s issue of the American Journal of Clinical Nutrition reports that preschool age boys and girls who eat diets rich in dark-green and deep-yellow vegetables exhibit lower body weight and stronger bones. A presentation in the July 2010 issue of the Journal of Nutrition concluded that traditional diets, which primarily consist of whole foods, are more nutrient dense and reduce the risk for obesity, overweight and tooth decay. Finally, a new study from the Netherlands documents an increased level of fruit and vegetable intake and lower consumption of “unhealthy snacks” in children provided with easy and free access to fresh produce. (6,7,8)

The fight against preventable disease needs to be a universal endeavor. America is often viewed as the mecca for all things unhealthy. But the fact of the matter is that preventable diseases affect many other countries regardless of cultural practices and geographic location. Perhaps that’s why I found this next story lead from “across the pond” so interesting. The tweet in question from BBCHealth documents a recent US study that examined the effects of regular chocolate consumption and the relative risk of heart failure. A total of 2,217 study volunteers took part in the investigation. A dose-dependent decline in “calcified atherosclerotic plaque in the coronary arteries” or CAC was discovered. Those who consumed chocolate once weekly had a 22% lower odds ratio of CAC. Eating chocolate 2 or more times per week conferred even greater protection – 32% lower odds ratio. The researchers involved theorize that the naturally occurring antioxidants in cocoa (flavonoids) may be responsible for this phenomenon. (9,10,11)

The chocolate examination ties in to the first two studies in a few different ways. First, it indicates that regular chocolate consumption may reduce a major cardiovascular risk factor. Second, it can potentially play a role in managing caloric intake. Think about the foods in which most people over-indulge. Did any of you think about dark chocolate (70% or more cocoa content) or non-starchy vegetables such as broccoli or spinach? Probably not. These foods not only yield extraordinary health benefits, but they’re also unlikely to provoke over-indulgence. The fiber, nutrients and strong taste of these foods tends to limit the amount that most people care to consume. But that’s not to say that they won’t fill you up. They will. But they do so without contributing a great deal of empty, caloric-density. This is but one strategy to consider for current and future generations who wish to avoid the medical pitfalls that are all too common in the present.