One of the chief differences between conventional and holistic medicine is how a patient is viewed in relation to their disease. Allopathic physicians tend to focus on the symptoms reported to them. So if you go in complaining of heartburn, you’re likely to walk out with a prescription for a medication that addresses GERD-like symptoms. Naturopathic physicians will often take a broader view of the same symptomatology. They might ask questions about your diet, stress levels or supplement regimen. Anything that could possibly affect your body and mind are potential fodder for holistic healers. When the latter is properly applied, it’s a surprisingly effective and thorough way to reestablish wellness. 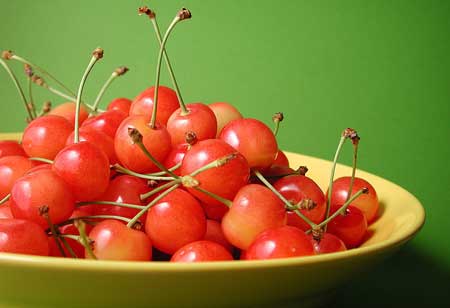 Using the model of holism, I’ve selected several studies to highlight today. Five of the most pertinent elements of natural healing will be on display: diet, exercise, the mind-body connection, nutritional supplementation and sleep quality. Please have a look at the following research and see if you might be able to incorporate some of the strategies into your own health care program.

A new study from the Institute of Aging Research and Harvard Medical School offers a suggestion about how to reduce the risk of hip fractures in middle-aged men and women. Their conclusions may surprise you. It seems that eating higher amounts of animal protein may protect against hip fractures *if* combined with a large intake of calcium – > 800 mg/day. But the reverse is true *if* you consume lower levels of calcium. The summary of the study states that, “calcium intake modifies the association of protein intake and the risk of hip fracture in this cohort, and may explain the lack of concordance seen in previous studies”. (1)

A recent publication in the medical journal PLoS ONE reveals that lifting heavier weights isn’t required to build muscle. According to researchers from McMaster University, what’s important is working out to an extent that provokes muscular fatigue. Fifteen young men were asked to perform different set of exercises that required the use of weights that were either 30% or 90% of the maximum that they could lift. In practical terms, the 90% exercises allowed for 5 to 10 repetitions. The 30% exercises lead to repetition counts of at least 24. Various markers of protein synthesis were taken 4 and 24 hours post workouts. The end results indicate that “low-load high volume resistance exercise is more effective in inducing acute muscle anabolism than high-load low volume or work matched resistance exercise modes”. (2)

The latest edition of the journal Neuroscience Letters shines a positive light on the use of acupuncture in the senior population. The current investigation involved a group of young adults and elderly subjects. All of the participants took part in 6 sessions of acupuncture that focused on three specific acupoints – LI4, SP6 and ST36. Blood tests and psychological measures were taken at baseline and after the completion of the intervention. The good news is that anxiety, depression and stress levels were reduced across the age continuum. Immune function also improved as assessed by increased T-cell proliferation. But the best news of all is that the immune boosting effects of acupuncture were most significant in the elderly study volunteers who presumably needed it more. (3)

Source: Journal of the International Society of Sports Nutrition 2010, 7:17 (link)

For as long as dietary supplements have been around, experts have been debating whether or not they’re “as good as Nature”. A trial presented in the journal Osteoporosis International may add fuel to that fire. In it, researchers from the Netherlands compared the relative effects of sun exposure vs. Vitamin D supplementation in a group of 232 “non-western immigrants” – a population which is at risk for Vitamin D deficiency. The participants were randomly assigned to one of three treatments: 1) 800 IUs of Vitamin D daily; 2) 100,000 IUs of Vitamin D every 3 months; or 3) recommended sunlight exposure during the months of March to September. After 6 months of treatment, those receiving 800 IUs/day achieved serum Vitamin D levels of 53 nmol/l. The 100,000 IU group reached a 25(OH) D status of 50.5 nmol/l. The sunlight exposure patients reported a reading of 29.1 nmol/l. The average starting level of D was 22.5 nmol/l. The concluding remarks explain that, “Vitamin D supplementation is more effective than advised sunlight exposure for treating Vitamin D deficiency in non-western immigrants”. (4)

If you’re having trouble sleeping, you might consider drinking some cherry juice or supplementing with cherry extract before retiring. So says a June 2010 paper in the Journal of Medicinal Food. A randomized, double-blind, crossover study assessed the sleep enhancing effects of tart cherry juice over a 2-week period. A total of 15 older adults with chronic insomnia took part in the trial. When given the cherry juice, the participants found “significant reductions in insomnia severity (minutes awake after sleep onset)”. How is this possible? Cherries naturally contain melatonin, serotonin and tryptophan which can contribute to improved psychological health and sleep quality. This assertion is further validated by a brand new trial which found that simply eating Jerte Valley cherries was capable of increasing actual sleep time and elevating the levels of melatonin (6-sulfatoxymelatonin) in the blood of middle-aged and elderly test subjects. (5,6,7)

Before signing off today I want to clarify a philosophical point which may sometimes get lost in my message. I’m not antagonistic toward allopathic or conventional doctors. I sometimes wish they’d practice medicine in a different manner. However, that doesn’t mean that I view them as the enemy. In fact, one of my sincerest hopes for this site is to help improve the level of communication between patients and physicians so that we might all benefit. I want every kind of doctor to practice more compassionate, evidence-based medicine. So if you currently have a physician who is stuck in a symptom-based reality, try to encourage her/him to look outside of her/his paradigm. You can achieve this by respectfully voicing your desire for a different type of care and by providing information about how that can be achieved. The cold, hard fact is that we’re not all blessed with an ideal health care team. But we can all do our best to improve the healers we do have and the patients that we currently are.