This past year I’ve devoted a considerable amount of time establishing a presence on Twitter – the premiere social networking website on the Internet. I find that it’s a good way to stay in touch with like-minded people and it also allows me to supplement the more in depth columns I post here with a form of mini or micro blogging. All told, I’m able to reach a wider audience in a format that suits the time constraints that are common in modern life. Another benefit of immersing myself in Twitter is that I’ve learned a great deal from the messages or tweets posted by numerous health experts and non-professionals alike. Here are some of the latest examples that I found interesting. 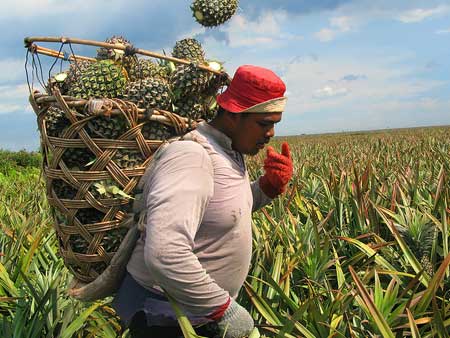 A few days ago Dr. Mehmet Oz relayed the following information: “Too much weekend basketball = back spasms. Lucky for me, @LisaJaneOz cured me with: arnica gel, magnesium pills/bath, and bromelain”. This may seem like rather frivolous material to some, but I think posts such as this are quite enlightening. For one thing, we get an insight into the life of one of the most influential integrative physicians in the world. We learn that he finds the time to exercise and have fun on weekends despite his busy schedule. In addition, the good doctor relies on his non-physician wife, Lisa Oz, to administer and guide him about natural remedies. What’s more, it turns out that Lisa’s recommendations are evidence-based: (1,2)

The reality is that I usually don’t find the time to watch The Dr. Oz Show, so it’s unlikely that I would have learned about this compelling glimpse into the Oz household without Twitter. Along the same lines, it’s highly improbable that I would have ever discovered Rick McGuire, a writer/producer with an emphasis on health and medical multimedia. Rick regularly posts cutting edge wellness content that I “retweet” to the people who follow me. A good example is a message he recently posted about the importance of drinking extra water prior to meals if you’re trying to lose weight. The study in question was just presented at the annual meeting of the American Chemical Society. Here are some of the encouraging details: (6,7)

What sets this study apart from others is that it’s one of the first carefully controlled scientific trials of its kind. However, it isn’t the only evidence suggesting a weight reducing effect of added water consumption. Another paper published in the February 2010 issue of the journal Obesity similarly found that drinking 500 ml (about two glasses) of water resulted in a “44% greater decline in weight” over a 12 week period. That trial also paired the increased water intake with a hypocaloric diet. (8)

Well I guess a little humility never hurt anybody. That’s why I especially liked the first item about Dr. Oz. He may be a big shot, celebrity doctor. But at home, he’s just an ordinary husband looking for his wife’s guidance when he strains a muscle playing basketball with the boys. The second story that came courtesy of Rick McGuire caught my eye because the researchers involved had to admit that something as elemental and inexpensive as water is capable of accomplishing what most medications can’t – weight loss without side effects. Finally, to the aforementioned “top ten” tweeters I have only this to say: I’m gaining on you! But I need your help, folks. I’ve got a long way to go!