It’s hard to believe but I’ve been writing this blog for over a year and half now. In that time I’ve written hundreds of columns that I hope will be relevant for many years to come. The best way to ensure relevancy is to revisit old topics from time to time. This is an advantage for online writers. Unlike text book authors, we can update our work with the most current scientific data without having to request a revision from a publisher. This provides a winning situation for the readers, the writers and the trees that won’t be turned into pages. 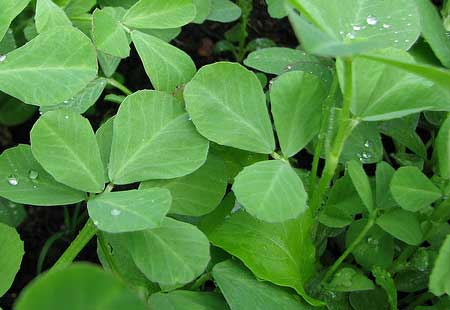 In February of this year I devoted a blog to the subject of “Isoflavone Research“. There I described how this class of phytoestrogens impact various aspects of health ranging for cardiovascular disease to prostate cancer. A new Brazilian study, published in the August 2010 edition of the journal Menopause, suggests that isoflavones may also be of value for postmenopausal women living with insomnia. Thirty-eight women took part in the 4 month study. Half received 80 mg isoflavones daily. The remainder were given a placebo. Sleep quality was assessed, before and after the intervention, via polysomnography and questionnaires. The women receiving the isoflavone supplement demonstrated an increase in “sleep efficiency” and a “decrease in intensity and number of hot flashes and the frequency of insomnia”. (1)

According to the National Kidney and Urologic Diseases Information Clearinghouse, over 11% of adults in the United States show evidence of chronic kidney disease. I haven’t touched upon the topic with great specificity yet. However, in July 2009, I reported on some preliminary research which indicated that ginger may protect the kidneys of rats under experimental conditions. But as you may already know, the gold standard that all scientists look for are well designed human studies. The latest issue of the medical journal Advances in Therapy offers up exactly that. Forty-six outpatients with stage 3 and 4 chronic kidney disease (CKD) were enrolled in a 6-month, randomized, placebo-controlled study testing the efficacy and safety of probiotics. A very high dosage of healthy bacteria was employed in the CKD patients – 90 billion colony forming units/day. Several measures of kidney health improved in many of the subjects given the probiotics including a decline in BUN (blood urea nitrogen), creatinine levels and uric acid levels. The authors of the study also noted that, “Almost all subjects expressed a perceived substantial overall improvement in QOL (quality of life)”. (2,3)

Aged garlic extract was the focus of a piece I wrote in September 2009. In it, I explained the difference between aged garlic and fresh garlic and the mounting research about its potential as a cardioprotective nutraceutical. This assertion is strengthened by a recent trial appearing in the peer reviewed publication Maturitas. Fifty patients with “treated, but uncontrolled hypertension” were assigned to one of two groups: a) received 960 mg/day of aged garlic extract; b) a matching placebo. The duration of the trial was 12 weeks. Blood pressure measurements were taken at baseline and at the 4, 8 and 12 week mark. Participants with systolic blood pressure of >140 mmHg at the start of the study found an average decline of 10.2 mmHg lower than the control group. The Australian scientists conducting the research noted that this hypotensive effect is similar to that of “first line medications” often used for the same purpose. (4)

The beauty of so many natural medicines is that they often address a wide variety of health concerns. Last November, I described how fenugreek extracts and fiber were showing promise in the arena of type 2 diabetes and weight management. A new report in the journal Phytotherapy Research adds a new attribute to this traditional remedy. A pilot study in patients with frequent heartburn assessed the relative effects of fenugreek fiber vs. a placebo. Symptom dairies and the use of antacids “as a rescue medicine” were used as determinants of failure or success. Fenugreek was found more effective than a placebo when provided 30 minutes prior to meals over a 2-week period. The diminishment of heartburn severity was similar to results expected from commonly used antacids such as ranitidine (Zantac). (5)

Spirulina, a variety of blue-green algae, also falls into the category of a natural substance with a myriad of health benefits. Several months ago I documented that this cyanobacteria was capable of taming seasonal allergies or allergic rhinitis. Now, a series of published case studies indicate that daily consumption of Spirulina may protect the liver from the ravages of non-alcoholic fatty liver disease (NAFLD). This is according to preliminary data derived from three men with clinically diagnosed NAFLD. The test subjects were treated with 4.5 grams daily of Spirulina maxima. Improvements in liver health and hyperlipidemic status were evidenced via significant reductions in alanine aminotransferase (ALT), LDL (“bad”) cholesterol, triglycerides and ultrasound results. More research is clearly needed in larger study groups. However, based on these promising findings, the authors “conclude that Spirulina maxima may be considered an alternative treatment for patients with non-alcoholic fatty liver diseases and dyslipidemic disorder”. (6)

Whenever I select research to present here, I always choose the best possible data available. Sometimes it requires a good deal of patience before I discover anything new worth conveying. Many times, in fact. That’s why some updates come later rather than sooner. Having said that, if there are specific columns that you’d like me to update, please let me know. In some instances it may just be a matter of digging deeper into the medical literature or just keeping my eyes open a little wider than usual. So please leave your suggestions in the comment section below or e-mail me directly and share your thoughts. They’re always appreciated and they undoubtedly help me to improve this site.