There are few topics in modern medicine that stir as much debate as nutritional supplementation. At first glance, it seems like such an innocuous subject matter. What could possibly be so controversial about the concept of supplementing in order to protect against a potential nutrient deficiency? On one side of the fence, you have some allopathic physicians who believe that supplements give license to patients to eat an unhealthy diet. Surprisingly, some on the naturopathic front share a similar perspective. They believe that the goodness found in natural, whole foods can’t possibly be matched by most supplements. In an ideal world, mankind could be expected to derive all that’s needed from the environment and food supply. But that’s a different world than the one we live in. 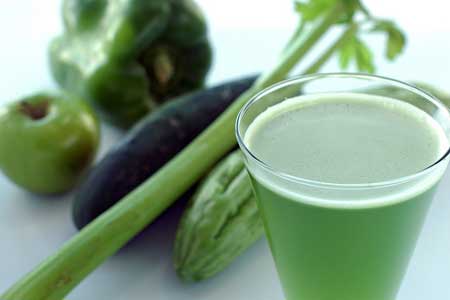 An area where many people fall short of their dietary goals is in their intake of fresh fruits and vegetables. The reasons for this vary, but the end result is uniformly predictable: if you don’t eat a fair share of produce, your diet will be lower in protective antioxidants, fiber, minerals, phytochemicals and vitamins. I only wish that knowledge was enough to get everyone to meet their recommended fruit and vegetable quota. Unfortunately, it’s not. That’s part of the reason why fruit and vegetable supplements exist. But the question remains in the minds of many – “Are they worth the investment?”. Here’s a review of several recent studies that tackle that very subject matter:

It’s also reassuring to know that mixed fruit and vegetable extracts can positively influence the health of those in vulnerable populations including smokers. Trials conducted in Australia, Italy and Japan all attest to a potent antioxidant and homocysteine-lowering effect of a commercial supplement known as Juice Plus. Smokers who supplemented with this product for 28 days also demonstrated substantially higher levels of select nutrients in the blood (folate, Vitamins A, C & E). The conclusion of one of the studies states that, “supplementation with a fruit and vegetable concentrate produced responses consistent with a reduction in CHD (coronary heart disease) risk”. (9,10,11)

Juice Powder Concentrate May Reduce the Number of Sick Days

There are quite a few products on the market that are similar to Juice Plus. They all tend to contain a wide variety of fruit and vegetable extracts with high ORAC (Oxygen Radical Absorbance Capacity) scores – a measure of antioxidant potential. But even individual fruit extracts have shown to be effective vehicles for providing some of the benefits of whole foods. The June 2008 issue of the Journal of Medicinal Food reports that taking a 1,000 mg capsule of dried pomegranate extract is equivalent to drinking 8 ounces of pomegranate juice. The human body processes the juice faster but, ultimately, both types of pomegranate “supplementation” achieved comparable levels of plasma and urinary antioxidants in a test involving 16 healthy volunteers. Other experiments involving “spray-dried powder” of elderberry and melon juice concentrate similarly indicate therapeutic potential ranging from cardiovascular protection to stress management. (12,13,14)

My philosophy about dietary supplements is relatively straight forward. Supplements should never be used as a replacement for a healthy, whole food-based diet. Aside from the marketing plans of a handful of unscrupulous supplement manufacturers, that was never the intent. Shame on them. Don’t fall for the hype and don’t finance their future ventures. Instead, take an honest look at your diet. Where do you fall short? If you, like many, are frequently deficient in the fruit and, particularly, the vegetable category, you might consider adding a concentrated juice extract to your daily routine. The beauty of these supplements is that they generally contain ingredients that are familiar to your body and won’t be objectionable to most doctors. And while the concentrated extracts won’t fortify your system with fiber and some of the nutrients found in fresh produce, they also won’t donate the fructose that you’d normally find in abundance in fruits. This is one class of supplement that I think could be useful for a good portion of the population.