On any given day, countless patients make the decision to visit a health care professional who practices alternative medicine. Sometimes they do so as an adjunct to the care they’re already receiving from a conventionally trained physician. In other instances, they simply want something different. Hence the term “alternative medicine”. But not every alternative is created equally nor does it need to be administered or monitored exclusively by a holistic physician. 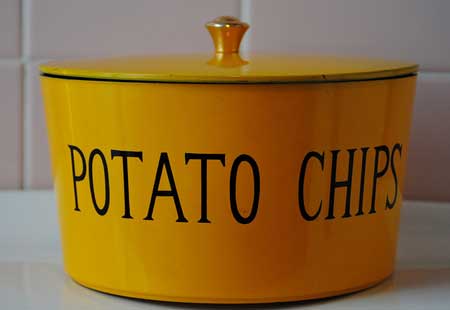 This past week I read hundreds of health related tweets. Three of them stood out. The first is by an old favorite of mine, Dr. Michael Eades, who posted a message about the correlation between insulin resistance and brain plaques associated with Alzheimer’s disease. The second comes courtesy of The Wall Street Journal. It’s a sobering note about the increasing use of mastectomies to prevent breast cancer. The final item is from the Los Angeles Times health section. It describes a new blood thinning drug that may be more effective than aspirin in preventing strokes. What do all of these stories have in common? They afford us an opportunity to consider alternative therapies.

The August 2010 issue of the journal Neurology describes a fascinating study that examined blood sugar control and cognitive functioning of 135 seniors over a 15 year period. The brains of the seniors who died were examined for indications of Alzheimer’s disease – brain plaque and tangles. These observations were then compared to prior blood work that established blood sugar and fasting insulin levels. In all, a total of 16% of the study group exhibited signs of Alzheimer’s disease and 65% were found to have significant brain plaque during subsequent autopsies. Neuritic plaque was found in 72% of those with insulin resistance and 62% of those without. That is considered a statistically relevant difference. (1,2,3)

Alternative for Insulin Resistance: Insulin resistance is a precursor to type 2 diabetes in which insulin is rendered less effective in managing blood sugar. One way to address it may be to eat a handful of mixed nuts daily. A recent 12 week trial found that eating 15 grams of walnuts, 7.5 grams of almonds and 7.5 grams of hazelnuts successfully lowered fasting insulin and HOMA-insulin resistance in patients with metabolic syndrome – a combination of cardiovascular and diabetic risk factors. (4)

According to new research appearing in this month’s Journal of the American Medical Association, women who possess certain mutated genes can lower the risk of breast and ovarian cancer by having preventative mastectomies and/or their ovaries removed. It’s estimated that 1 out of every 1000 women carry the BRCA1 or BRCA2 gene mutations. These genetic mutations put them at a dramatically elevated risk of developing breast cancer at some point in their lives – 50% to 80% risk. The study in question examined 2,482 women over a 25 year period. The results indicate that there were no cases of breast cancer in those who chose to have a mastectomy. Conversely, breast cancer was diagnosed in 7% of the women who did not opt for the surgery. The removal of ovaries resulted in significant protection as well: 1.1% ovarian cancer incidence with surgery; 5.8% without. Lower all-cause mortality, breast cancer-specific mortality and ovarian cancer-specific mortality were also noted in the volunteers who underwent surgical procedures. (5,6,7)

Alternative for Breast and Ovarian Cancer: I can’t make any promises that dietary changes will offer comparable chemoprotective effects. But some evidence suggests that nutrition during various stages of life may reduce the risk of developing breast and ovarian cancer. According to several recent studies: 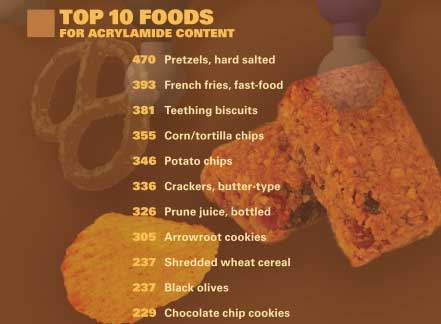 An experimental blood thinning medication known as Apixaban is the current toast of the town in cardiology circles. The cause for celebration is a new clinical trial that found that this new, improved blood thinner could reduce embolisms and strokes by 54% compared with aspririn. According to the unpublished data, 1.4% of patients using the medication and 1.2% of those taking aspirin exhibited major bleeding events. This is considered an “acceptable risk”. The hope is that Apixaban, manufactured by Pfizer, and two other rival medications, Praxada (Boehringer Ingelheim) and Xarelto (Bayer AG), will soon offer a more effective and manageable way to reduce blood clots in at-risk patients.(12,13,14)

Alternative “Blood Thinner”: The latest edition of the journal Hypertension singles out Pycnogenol or pine bark extract as a potentially viable “antiatherogenic antithrombotic” supplement. Several scientific inquiries of late support this notion. It appears that Pycnogenol exerts its blood thinning/circulation enhancing effects by: a) reducing thromboxane generation; b) ameliorating endothelial dysfunction; c) inhibiting platelet aggregation without increasing bleeding time. The authors of the latter study concluded that, “These observations suggest an advantageous risk-benefit ratio for Pycnogenol”. (15,16,17,18)

I’m a strong believer in tapping into the best of what both allopathic and holistic medicine have to offer. The point of today’s blog is simply to remind myself and you that there are often natural alternatives that should be considered. That’s not to say that select medications and surgical interventions aren’t appropriate at times. Such decisions need to be individually evaluated in conjunction with your health care team. But if you’re unaware that viable alternatives exist in the first place, then, in effect, they don’t exist for you. My advice is not to count on your doctor to inform you about all the available options. Instead, you should be prepared. Go in to your medical appointments with reliable information to share. This will not only improve the quality of your care, but it may also contribute to your doctor becoming a better healer.