There are many different writing styles. Some health reporters seek out a specific niche and stick to it. Others mine a more diverse topic base from which to select material. I tend to fall between the two camps. While researching, I allow the material that I come across in my daily life to dictate what I cover. At times this gives me the luxury of presenting a broad cross-section of information. But occasionally, what I discover prompts me to revisit select topics on a regular basis. Such is the case with research involving Vitamin D. Currently, there is a tremendous amount of scientific attention being paid to this humble “sunshine” nutrient. Some of the more dramatic data makes the evening news. Much of it does not. The latter category is the subject of my column today. 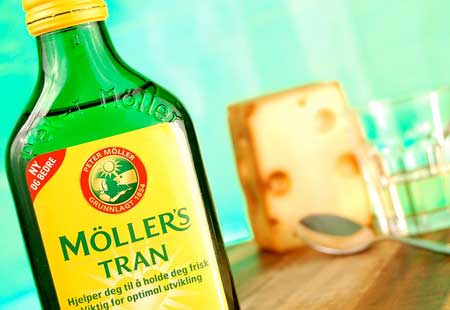 A rather bold proclamation was recently presented in the Scandinavian Journal of Public Health. According to the authors of a piece entitled, “Health Benefit of Increased Serum 25(OH)D Levels from Oral Intake and Ultraviolet B Irradiance in Nordic Countries”, elevating Vitamin D levels to 105 nmol/L would likely lower all-cause mortality rates by: 17% in Denmark; 24% in Finland; 24% in Iceland; 18% in Norway and 18% in Sweden. How is this possible? The researchers involved note that there is an increased risk of autoimmune diseases, “brain diseases”, cancer, cardiovascular diseases, diabetes and infectious diseases in those with low blood levels of Vitamin D – serum 25-hydroxyvitamin D or 25(OH)D. (1)

If the prior assertions are accurate, one would expect to find numerous examples of the health benefits of Vitamin D in the medical literature. Those who look for such evidence will surely find it in abundance. I know I do. Here are several studies that strengthen the case for maintaining optimal 25(OH)D levels:

Breast Cancer: A current French investigation involving 636 women with breast cancer and 1,272 women without looked for a correlation between Vitamin D levels and cancer incidence. Women with the highest 25(OH)D serum concentrations were found 27% less likely to have breast cancer. This was especially true for women under the age of 53 – a 40% decreased risk. Also of note is a soon-to-be published study in the October 2010 issue of the journal Chemico-Biological Interactions. In it, two groups of mice were exposed to identical levels of a cancer causing agent. However, one group’s chow was supplemented with added fish oil and Vitamin D. The laboratory animals receiving the fish oil + Vit. D demonstrated a “significant reduction in incidence, multiplicity and volume of mammary tumors”. The authors of the trial concluded that, “In view of their natural availability, non-toxicity and acceptability; combined supplementation of fish oil and Vitamin D3 might be effective for chemoprevention of mammary carcinogenesis”. (2,3)

Diabetes: The October 2010 edition of Diabetes Research and Clinical Practice reports that “women with active sun exposure habits were at a 30% lower risk of having DM (diabetes mellitus), as compared to those with non-active habits”. This finding is based on an examination of 29,518 Swedish women between the ages of 25 and 64. There was an average follow up time of 11 years. However, the question remains whether Vitamin D supplementation has a role to play in the prevention of diabetes or whether protection is conferred to those already living with DM. The latter inquiry is addressed in the current issue of the journal Diabetolgia. A total of 61 patients with DM were given a placebo; a single dose of 100,000 IUs of Vitamin D; or a single dose of 200,000 IUs of Vitamin D. Various measures of cardiovascular and diabetic health were taken at baseline and after 8 and 16 weeks. The patients receiving the supplemental Vitamin D3 exhibited lower systolic blood pressure (placebo: 146.4 mmHg; 100,000 IUs of D: 141.4 mmHg; 200,000 IUs of D: 136.8 mmHg). The higher-dosage Vitamin D group also demonstrated a decline in “B-type natriuretic peptide levels” – a cardiovascular bio-marker that may predict the risk of first-time heart events, heart failure and stroke. (4,5)

Periodontitis: It’s common knowledge that calcium and Vitamin D are essential for bone health. But what’s often overlooked is that oral health is largely influenced by the condition of the bone structure in the surrounding region. Two new publications in the Journal of Periodontology emphasize this connection. The first examined the effects of supplementing with 1,000 mg or more of calcium and 400 IUs or more of Vitamin D daily vs. no supplementation in a population of 51 dental patients. Once diet was factored in, it was estimated that the supplement group was consuming about 1,769 mg of calcium and 1,049 IUs of Vitamin D per day. The control group’s intake averaged 642 mg of calcium and 156 IUs of Vitamin D daily. Over the course of 12 months, dental health assessments were performed on all of the patients. The conclusion states that, “Calcium and Vitamin D supplementation (up to 1,000 IU daily) has a modest positive effect on periodontal health”. A separate examination reports that Vitamin D levels below 75 nmol/L contributed to the likelihood of periodontal disease in a group of 235 pregnant women – a population with a high incidence (up to 40%) of periodontitis. (6,7)

I make it a point to mention the importance of Vitamin D testing whenever I cover this topic. The disconcerting reality is that you may not achieve adequate-to-optimal Vitamin D status even if you spend time in the sun and/or supplement with D. Numerous examples of this fact exist in the scientific literature. Some publications go on to describe how and why this may be occurring. Here are several of the reasons cited: a) inadequate dosages or dosing schedules and differences in assimilation between genders; b) height and weight variations; c) “insufficient cutaneous absorption of UVB” due to air pollution; d) malabsorption and/or variable absorption of Vitamin D supplements and fortified foods; e) supplement timing. (8,9,10,11,12,13)

In closing I’ll tell you how I supplement with this inexpensive and safe nutrient. I use the natural Vitamin D3 form and take it in a soft gel capsule which contains a base of olive oil. Research indicates that consuming Vitamin D along with the largest meal of the day further enhances absorption. I also spend some time outside in the sunlight during non-peak hours. However, I make it a point to never get sunburned. Finally, I have my 25(OH)D levels tested as part of my routine, yearly physical. At a minimum, I strive for a 25(OH)D level of 60 ng/mL or over. I believe this is one of the most important blood tests that isn’t yet considered standard practice. Fortunately, many physicians are quickly becoming familiar with the importance of Vitamin D status and are willing to order the test if they’re asked to do so. Based on your results, you can easily adjust your level of sun exposure and supplementation. Doing so may very well reduce the risk of many costly and preventable maladies that might otherwise become a part of your future. (14)