Natural Medicine for All Ages

Natural medicine is applicable to all stages of life, from the day we’re born to the end of our days. By this, I’m not just referring to traditional healing practices that you’d expect to use in adults and children alike, such as good nutrition, herbal remedies and massage. The recent integration of science into the fields of holistic medicine and psychology has spawned a new way of incorporating non-pharmacological and non-surgical options into the repertoire of all physicians who choose to embrace it. My Healthy Monday tip of the week is to consider hypnosis for recurrent headache pain, “nondrug lifestyle measures” for nocturia (frequent nighttime urination) and soy supplements for menopausal symptoms. 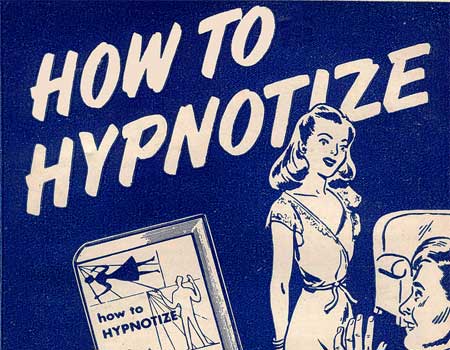 Several recent studies offer real hope to women who are living with the psychological and urogenital side effects of menopause and beyond. There is, of course, the option of addressing these symptoms utilizing conventional hormone replacement therapy (HRT). However, it’s been well documented that this treatment option is not without the potential for serious adverse reactions – abnormal blood clotting, breast discomfort, increased cancer, cardiovascular and stroke-risk. (1,2,3,4,5)

The September 2010 issue of the journal Maturitas reports that a daily dosage of soy isoflavones may provide a viable alternative to low-dose hormone therapy (HT). In the trial, 60 symptomatic, postmenopausal women were given one of three treatments – 90 mg of soy isoflavones daily; 1 mg of estradiol and .5 mg of norethisterone acetate daily or; a placebo). The women were provided with each substance in a blinded and randomized manner. The physicians and study volunteers were unaware of what they were giving and being given respectively throughout the trial. Menopausal symptoms were assessed at baseline and after 16 weeks of the intervention. Here are the primary outcomes of the study:

Still, some questions remain. Is soy actually safer than synthetic hormone replacement? Possibly so. A separate trial published in the September 2010 edition of the European Journal of Clinical Nutrition examined the effects of dietary soy in 358 women with breast cancer and 360 women without using a 103-item food frequency questionnaire. According to the researchers involved, “a significant inverse association between soy intake and breast cancer risk” was established (-64%) in the high-soy consumers vs. low-soy consumers. What’s more, new research conducted in a rat model of menopause demonstrates that soy germ phytoestrogens improve “spatial memory acquisition and retention” to a comparable extent as conventional hormone replacement (estradiol). The mechanism by which estrogen and soy appear to work is by increasing BDNF (brain-derived neurotrophic factor) and synaptic formation proteins in the hippocampal region of the brain. The primary difference between the two “medications” is that soy supplementation did not lead to a potentially hazardous proliferation of uteri and vaginal cells in the test animals. (6,7,8)

There are few instances in life that are more difficult for parents than to see their children suffer with chronic pain. When fathers and mothers are confronted with such circumstances, they often feel compelled to turn to powerful pain relieving medications to alleviate the symptoms their children face. But much like hormone replacement therapy, the long-term use of these potent analgesics can yield adverse reactions. Thankfully, a teachable process known as “self-hypnosis” may offer a viable option. A current review in the International Journal of Clinical and Experimental Hypnosis reveals that headache duration, frequency and intensity can be relieved significantly “years after (self-hypnosis) treatment”. Previous investigations have reported success rates of up to 96% in children with chronic headaches – present for at least 3 years. In a 2007 trial published in the Journal of Pediatrics, headache frequency declined from 4.5 per week to 1.4 per week; headache intensity was reduced from 10.3 to 4.7 and average headache duration plummeted from 23.6 hours to 3 hours in youngsters who were “taught self-hypnosis for self-regulation”. Also of note is that no adverse reactions were documented during the 3 year intervention period conducted at the University of Minnesota. (9,10,11)

One of the most disruptive symptoms that older men face is a condition referred to as nocturia. Having to wake up multiple times throughout the night to urinate obviously impacts one’s quality of sleep. As with the previous two examples I’ve cited, there are numerous drugs currently on the market that can address symptoms relating to nocturia and its most common cause, an enlarged prostate. But you know how the story goes, all of these medications carry a long list of possible side-effects. That’s why some scientists are examining whether alternative and complementary therapies may also have a role to play in this prevalent health concern.

A trial appearing in the September 2010 issue of the Journal of Urology reports that four simple, “nondrug” measures can help improve nocturia: 1) keeping warm in bed; 2) limiting fluid intake around bedtime; 3) moderate daily exercise; 4) “refraining from excess hours in bed”. It sounds too commonsensical and simple to be true, right? Maybe so. But if practiced consistently, it can reduce nocturnal episodes by 1 or more visits to the bathroom per night and, thereby, improve overall quality of life. This is all well and good, but for some men this won’t provide enough relief. If that’s the case for you or someone you know, you might consider acupuncture that focuses on specific acupoints (BL33, BL35 and CV3). I realize that these acupoint references may not be familiar to the vast majority of us. However, when accessed by a skilled-acupuncturist, the stimulation of these acupoints can prompt similar relief of prostate-related symptoms (maximal urine flow, nocturia times, prostate size, residual urine volume, etc.) as herbal and pharmaceutical treatments. (12,13,14)

Please keep in mind that natural medicine doesn’t need to used as an exclusive form of treatment. The generally accepted term, “Alternative and Complementary Medicine” wasn’t coined by chance. At times, you can opt for a natural remedy instead of a conventional treatment approach. An example would be employing a healthy diet instead of a weight loss drug such as Orlistat (Alli and Xenical). On the other hand, it’s possible that natural options including acupuncture, self-hypnosis and soy can be combined with conventional treatment to allow for using a lower-dosage of medication or improve the anticipated response rate of the conventional therapy alone. How exactly you incorporate these respective healing modalities is a question you need to carefully consider, ideally with the counsel of an informed and open-minded physician. The only way for us to successfully accomplish this goal is stay informed about the latest that modern science and traditional healing have to offer.


5 Comments & Updates to “Natural Medicine for All Ages”