It’s no secret that health status plays a major role in the overall quality of one’s life. But it doesn’t necessarily require a serious medical condition to significantly impact day-to-day life. Something as benign as chronic halitosis (bad breath) can cause stress during the most basic activities such as interacting with colleagues, family and friends. Likewise, working hard to prevent a disease like type 2 diabetes can also feel like a burden. However, both of these hurdles pale in comparison to the stress experienced by those living with a life-threatening illness such as cancer. 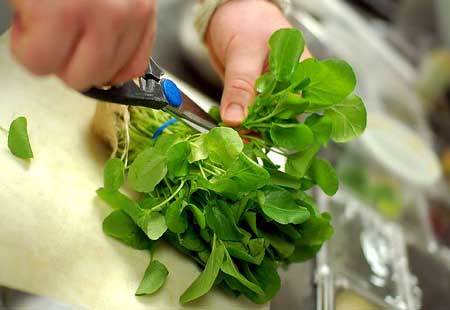 Dr. Andrew Weil is undoubtedly one of the most prominent figures in the field of integrative medicine. One of things I like best about him is that he uses his influence to spread the word about natural remedies that address virtually every aspect of wellness. This past week he tweeted about his top suggestions on how to manage breath problems. Here’s an overview of what he recommends:

Dr. Weil goes on to mention the improbable benefit of acidophilus, a healthy bacteria/probiotic used to ferment dairy products including yogurt. His skepticism stems from the fact that acidophilus primarily affects “the colon and large intestine in the lower end of the digestive tract, while problems that cause bad breath are typically higher up (sinus problems, gum disease, oral cavity, tonsils, decaying food particles, infected teeth)”. What Dr. Weil neglects to mention is that there are specially manufactured probiotics that are intended to dissolve in the mouth which can, indeed, improve oral health and persistent halitosis. One example is a scientifically-validated supplement with combines a beneficial bacteria known as Lactobacillus salivarius WB21 and the sugar-alcohol, xylitol. A recent Japanese study found that gum health and “malodor parameters” significantly decreased in 12 patients using this product after only four weeks of treatment. (1,2,3)

Why in the world is a low-carbohydrate advocate like Dr. Michael Eades recommending that people eat more fruit? The last time I checked, fruit contains sugar! Rest assured that Dr. Eades has not abandoned his old carbohydrate-restricting ways. He just knows good science when he sees it. In the case of blueberries, it seems the beneficial components (anthocyanins and phenolics) outweigh the risks (fructose) with respect to blood sugar disorders and cardiovascular risk. The impetus for a recent tweet by the good doctor is a study appearing in the October 2010 issue of the Journal of Nutrition. A double-blinded, randomized and placebo-controlled study evaluated the effects of feeding blueberries to a group of “32 obese, nondiabetic, and insulin-resistant” men and women for 6 weeks. The findings of the intervention indicate that adding blueberries vs. a placebo to the diets of patients at risk for diabetes and heart disease can effectively improve insulin sensitivity. It’s important to note that this is but one strategy worth considering for this high-risk population. As helpful as blueberries may be, they failed to instigate any significant changes in body fat, caloric intake or inflammatory biomarkers. (4,5)

My final Twitter item of the week comes courtesy of the Canadian health magazine, Best Health. A recent tweet from BestHealthMag reports that the green, leafy vegetable, watercress may thwart cancer cell growth. This encouraging proclamation is based on a publication presented in the June 2010 issue of the British Journal of Nutrition. The trial exclusively involved women who had previously been treated for breast cancer. Researchers from the University of Southhampton, UK provided the study volunteers with an 80 gram (about 3 oz) serving of watercress. Blood samples were taken before and after the consumption of the watercress. Several important findings were reported: a) in-vitro testing indicates that a component of watercress (PEITC) directly inhibits cancer cell growth; b) eating watercress lead to a significant elevation in plasma PEITC levels in humans; c) watercress consumption caused positive changes in an anti-cancer pathway, namely, a reduction in 4E-BP1 phosphorylation. Though preliminary, this report suggests that watercress may be a useful tool in the long-term prevention of breast cancer and other malignancies. (6,7,8,9)

Unfortunately, there are no miracle cures out there for any of the above conditions. The best we can currently hope for are viable tools to help overcome each battle, one day at a time. The information you read here today can place you and those in your sphere of influence in a better position to stay well and feel better along the way.