If you’ve been following the news lately you probably know that the new Patient’s Bill of Rights has just gone into effect. There’s been plenty of analysis, controversy and debate about just what this means for our country and the future of health care. But what hasn’t been made clear enough is exactly how the enacted changes will affect the everyday health care decisions that insured consumers will make. 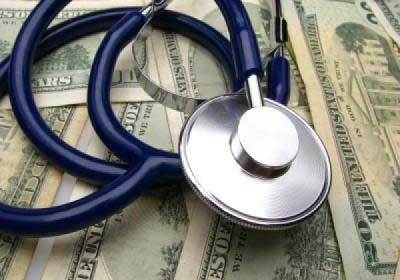 The Patient’s Bill of Rights is ushering in several significant changes in the way health insurance will be provided to many Americans. To begin with, I’d like detail some of the individual elements of the bill. This first section will focus primarily on those who already have health coverage . (1,2)

If you join a new health plan, there are additional provisions which are important to note.

There are always caveats and provisions to consider whenever a major change in policy takes place. Here, I’ll highlight some, but not all, of the specific circumstances that you’ll need to keep in mind. (3)

If you’d like to delve deeper into the “nuts and bolts” of the new Patient’s Bill of Rights, you can visit the official HealthReform.gov website which documents the changes in more detail. You can also contact your personal health insurance provider to determine exactly how and when they intend to implement the newly enacted requirements. (4)

Above is an example of how the US government hopes to reform the health care system. You may agree with the outlined changes or disagree. We all have our opinions about that. But one area that should not be in dispute is the utility and validity of preventive medicine as a means of improving governmental, individual and societal health. Simply put, being informed about preventive health and enacting that knowledge reduces medical spending and suffering.

The three leading causes of health care cost and mortality in the US are: 1) heart disease, 2) cancer and 3) stroke. Recent scientific studies reveal that all of these health threats and their accompanying expenditures can benefit from natural interventions: (5)

Cancer Reform: Positive lifestyle changes including higher fruit and vegetable consumption, “nonexposure to spousal smoking” and physical activity can lower the risk of all-cause mortality by 71% and cancer mortality by 24%. This claim is based on a newly published Chinese study involving 71,243 women between the ages of 40 to 70 that took place over a 9 year follow up period. (6)

Heart Disease Reform: A recent report in the American Journal of Cardiology found that as many as 64% of Americans are deficient in Vitamin D. This inadequacy puts them at a higher risk of developing diabetes, high cholesterol and hypertension. What’s more, it may raise the likelihood of cardiovascular death by up to 40%. The researchers involved commented that, “These observations lend strong support to the hypothesis that Vitamin D might play a primary role in CV (cardiovascular disease) risk factors and disease”. (7,8)

Stroke Reform: Reducing sodium intake by 9.5% would likely avert “513,885 strokes and 480,358 MIs (heart attacks) over the lifetime of adults aged 40 to 85 years who are alive today compared with the status quo”. The cost savings of this would equal approximately $32.1 billion. This objective can easily be accomplished by using a lighter hand with the salt shaker and eating fewer processed foods. (9)

My goal in presenting this information today was not to make any sort of political statement. Rather, I simply want everyone to understand what is currently available with respect to health care resources. I’m a firm believer in combining the beneficial aspects of modern medicine with the natural health care options that only we can implement on our own – diet, exercise, stress management, etc. In this particular case, this means making the most of the new Patient’s Bill of Rights and simultaneously adopting or maintaining a pro-active position about evidence based self care.