A friend of the site recently posed an interesting question. She wondered whether drinking coffee adversely affects sex hormone levels in women. In particular she inquired about supposed estrogenic elements in coffee which may lead to an excess of estrogen or “estrogen dominance” in women. Ultimately, her concern was that regular coffee consumption could confer similar side effects as hormone replacement therapy. 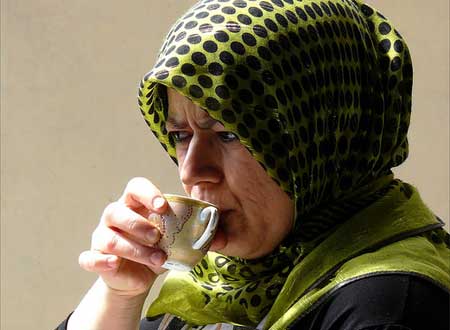 Coffee does, in fact, contain phyto or plant estrogens. Studies dating back to the 1980’s have identified “weakly estrogenic” components in coffee. A paper published in the August 2008 issue of the Journal of Agricultural Food Chemistry found that coffee and tea contained up to 20 mcg/100 g of lignans, a type of phytoestrogen. While beer contained significantly more lignans – 71 mcg/100 g. These are obviously minute quantities of plant-derived estrogens. However, the authors of the study noted: “As these beverages are commonly consumed, they are a main source of dietary lignans”. Furthermore, emerging research is discovering previously unknown phytoestrogens in coffee which may alter “the actions of estradiol” and activate estrogen receptors. (1,2,3)

The best way to accurately assess the affects of coffee consumption and its impact on estrogen levels is to directly examine the medical literature. I’ve identified five studies that have scientifically evaluated this very topic. Here’s what they have to say:

There simply haven’t been enough well-designed studies to know with certainty what effect coffee is likely to have on estrogen concentrations in women during varying stages of life. But there is other information available which may assist in forming a more well-rounded perspective on this issue. Hormone replacement therapy (HRT) has been documented as increasing the incidence of breast cancer, endometrial cancer, heart attacks and strokes. If coffee truly provokes significant elevations in estrogen levels, it would seem likely that it too would increase the risk of the same health concerns.

A current review of the topic of coffee and cancer clearly states that, “There appears to be no association with breast, pancreatic, kidney, ovarian, prostate, or gastric cancer”. It goes on to reveal that, “For hepatocellular (liver) and endometrial cancers, there appears to be a strong and consistent protective association”. This summary point of view is largely supported by the latest population studies pertaining to both breast and endometrial cancer in relation to coffee consumption. But beware, adding sugar to coffee may negate the protective effect and even lead to a greater risk of endometrial cancer. (12,13,14,15,16,17,18)

The picture is even rosier when it comes to the coffee-cardiovascular issue. Three recent population studies involving approximately 200,000 participants have generally found a protective effect of moderate coffee consumption of between 12% to 55%. What’s most interesting is that some of the data points to gender-specific protection. For instance, a study carried out in the Netherlands concluded the following: “Coffee consumption was inversely associated with IHD (heart attack) mortality in women only”. A Japanese investigation came to a similar finding. “Our results suggest that coffee may have favorable effects on mortality due to all causes and CVD (cardiovascular disease), especially CVD, in women”. (19,20,21)

So what’s the answer to the question that originally inspired this column? It seems that caffeinated coffee can affect hormone levels, but it doesn’t do so in a predictable manner. If this is a concern for you, you might look at the studies above to determine which group of women you most closely resemble. Your hormonal response *may* be similar to theirs. However, I think what’s more important is to look at the end result of coffee consumption. The evidence that’s currently available suggests that coffee is unlikely to predispose women to the same health threats brought about by synthetic hormone replacement therapy. On the flip side, it’s also important to keep in mind that coffee is unlikely to yield the same health benefits of HRT as well.