My primary objective for this site is to assist patients and physicians in improving the quality of health care. A new article appearing in the October 1st issue of the journal Nutrition suggests a timely strategy to accomplish this end. On June 15, the 2010 Dietary Guideline Advisory Committee Report (DGAC) was released. The recommendations contained therein will play a major role in shaping the USDA Food Pyramid. This will, in turn, affect the lives of most Americans and “strongly influence nutrition education, research funding, governmental meal programs including school lunches, as well as providing direction for the food industry, regulatory agencies, consumer advocates, and the media”. As you can imagine, the health ramifications of the report are immense with respect to health care spending and quality of life. The problem, according to the prestigious authors of the new paper entitled, “In the Face of Contradictory Evidence”, is that the guidelines are likely to continue an upward trend in preventable diseases directly associated with the dietary recommendations espoused by the DGAC Report. 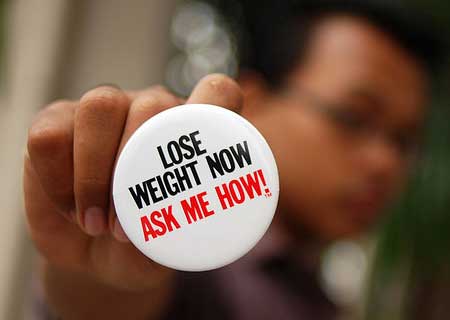 You will never find disheartening information on HealthyFellow.com that you can’t do something about. I’m neither a doomsday prophet nor someone who ever believes that all is lost. Today’s column represents an opportunity for people of all backgrounds and political affiliations to get involved in a process that will profoundly affect the future of our country and beyond. For those of you who are not US citizens, please don’t tune out now. Similar governmental policies are taking root throughout the world. Likewise, a similar intellectual uprising can take hold in virtually any geographical location.

One of the lead authors of the article in question is a friend of this site, Dr. Richard Feinman. He summarizes the content of the 10 page report thusly: “The previous (dietary) guidelines have not worked well. It is simply unreasonable to ask the DGAC to audit its own work. An external panel of scientists with no direct ties to nutritional policy would be able to do a more impartial evaluation of the data. This would be far better for everyone.”

There are numerous obvious flaws in the current version of DGAC. In fact, much of the data used to form the DGAC conclusions are in opposition to many reputable, peer-reviewed studies in the medical literature. What’s even more baffling is that a good deal of the research cited in the DGAC Report does not even support the recommendations which are ultimately presented. (1)

What’s also shocking to note is how similar the current DGAC Report recommendations are to the 1977 report. How can it be that we’ve learned so little in more than 30 years? The October 1st Nature article remarks that “in the three decades since, carbohydrate consumption has increased; overall fat, saturated fat, and cholesterol consumption have decreased to near or below targeted levels; and leisure-time physical activity has increased slightly. At the same time, scientific evidence in favor of these recommendations remains inconclusive, and we must consider the possibility that the ‘potential for harmful effects’ has in fact been realized”. (7)

Now that we know the problem. Let’s discuss a viable solution. The Nutrition and Metabolism Society is asking for our help to positively shape the direction of this nation’s dietary policy. Here’s what they’re respectfully requesting that we do:

1) Contact your congressperson via an appointment, e-mail, fax, letter, telephone and Twitter. Ask your representative (or an aide) to stop the current nutritional guideline process. History tells us that it’s bound to continue damaging health trends and will, almost certainly, be very costly on a local and national level. You can contact your congress person via this link: Congressional Contact Information or Tweet Congress.

2) Ask your congressperson to institute a congressional hearing that will include “all valid science”. Tell them that you’re interested in real change not just the same old policies that haven’t worked in the past and don’t work in the present. The Nutrition and Metabolism Society would appreciate it if you’d copy them on any e-mails that you send to your representatives at: info@nmsociety.org

3) Please consider supporting non-profit nutritional advocacy groups such as the Nutrition and Metabolism Society. They hardly get any media attention but they’re constantly dedicating effort and time in the pursuit of improving the nutritional dialogue in a typically inhospitable climate. If you’re able to, I suggest joining their noble cause by becoming a member. Even small financial contributions and words of encouragement would be helpful.

This is a copy of an email I sent to my congresswoman, Jane Harmon:

I’m a concerned voter in your district. I’d like to alert you to a pressing policy issue that I believe will have far-reaching economic and health consequences for our state and beyond. On June 15, the 2010 Dietary Guidelines Advisory Committee Report (DGAC) was released. A new publication in the prestigious medical journal, Nutrition, calls into serious question the findings and recommendations set forth in DGAC. Here is the URL to the full-text of the article: http://www.nutritionjrnl.com/article/PIIS0899900710002893/fulltext

The reason I’m writing you today is to ask that you please intervene in order to allow for additional input into the dietary strategy that is currently being proposed. The report, as it presently stands, will continue the destructive dietary recommendations that have contributed to increased rates of diabetes, heart disease and obesity over the past three decades. The voices of many, largely unheard but well-respected physicians and researchers including Dr. Adele H. Hite of University of North Carolina at Chapel Hill, Dr. Richard D. Feinman of SUNY Downstate Medical Center, Dr. Eric C. Westman of Duke University and Jeff Volek of the University of Connecticut desperately need to be considered.

An evidence-based approach to the new dietary guidelines led by anthropologists, biochemists, geneticists and physicists could make great strides in improving the nutritional direction of our nation. I can tell you from personal experience that the past and present nutritional guidelines directly contributed to many years of poor health in my own life. However, after changing my diet in a way that is not encouraged by the antiquated USDA Food Pyramid, I’ve subsequently lost over 90 lbs, kept them off and regained my good health. I only recently learned how to accomplish this by reading the scientific research provided by the group of physicians and researchers mentioned above. Sadly, their voices are not being heard by most health care providers and the patients that need it the most.

I would very much value hearing your thoughts about this important policy issue. I’d welcome the opportunity to discuss this matter further with you or an aide if it would be helpful. Or, better yet, Dr. Richard D. Feinman is also available as a point person to contact about further steps that can and, I believe, should be taken. Dr. Feinman can be reached at: feinman@mac.com.

I know that many of you may not require government approved dietary guidelines or a colorful food pyramid to help you decide what to eat. But the fact remains that these sanctioned recommendations have an undeniable impact on public health in general. If you’re lucky enough to have figured out a healthier diet than what’s currently advocated by the USDA, consider yourself fortunate. All of us have areas in our lives in which we’re informed and other where we rely on the information presented by so-called authorities. Millions upon millions of US citizens, many of them too busy or young to know any better, will rely on the DGAC conclusions when selecting food. Likewise, thousands of food manufacturers and providers will depend on their conclusions to shape what they produce and serve to the public at large. The end result is that we’ll all pay the price for these apparently misguided nutritional policies in one way or another. This is a grass roots opportunity to do something about it. Please join me in doing so.