Are you familiar with a medical condition known as diverticulitis? The answer to this question likely depends on your age. Adults over the age of 50 are far more likely to have an intimate awareness of this inflammatory condition that affects the inner lining of the intestines. In fact, it’s estimated that as many as 50% of seniors will deal with one complication or another associated with the swelling of sacs (diverticula) in the intestinal wall or diverticulitis. Potential symptoms include abdominal pain, chills, fever, nausea, vomiting and weight loss. As with most health care matters, preventing the development of this disease is preferred over treating it. 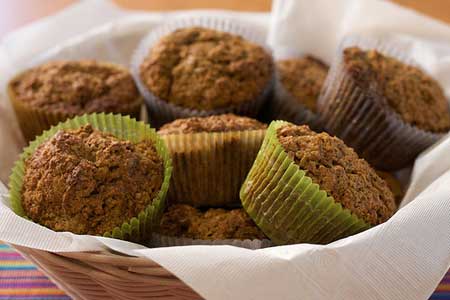 Conventional treatments for diverticular disease range from antibiotic therapy to surgery in severe cases. But what I want to concentrate on today is a growing body of research that is focusing on how to reduce the risk of diverticulitis in the first place. (1,2)

Ensuring adequate to optimal levels of fiber in your diet is the best documented way of reducing the likelihood of diverticular issues. Historical and population-based data has consistently revealed that this disease was “virtually unknown before the adoption of a westernized diet, low in fiber”. What’s more, it appears that both insoluble and soluble fiber have a role to play. Insoluble fiber was originally believed to be the primary dietary component responsible for preventing diverticular disease by supporting healthy elimination. However, soluble fiber has recently gained some attention. This is largely due its ability to positively influence intestinal flora which is thought to contribute to the secondary prevention of diverticulitis. (3,4,5,6)

Probiotics may offer both preventive and therapeutic activity in patients with diverticular disease. So far, three trials have been published in the medical literature. Two of the three have combined the use of a specific “high potency probiotic mixture” (VSL #3) and a prescription medication typically used to control intestinal inflammation (Balsalazide). The conclusion of the studies state that the “combination probiotic/anti-inflammatory drug was found better than probiotic treatment in preventing relapse of uncomplicated diverticulitis of the colon”. A third trial compared the efficacy of a different anti-inflammatory medication (Mesalazine) alone or in concert with a solitary probiotic, Lactobacillus casei DG. L. casei DG alone or in combination with Mesalazine demonstrated a highly relevant reduction of diverticular symptoms. These findings are based on an examination involving 71 patients over a 24 month period. By the study’s end, 88% of the participants “were symptom-free”. It’s also interesting to note that four patients dropped out of the trial. Every single one of the drop-outs had a recurrence of symptoms. (7,8,9)

Several studies point to vigorous physical activity as contributing to intestinal health. Most recently, a 2009 investigation involving over 10,000 participants found that men and women who ran regularly had a 70% lower risk of the diverticular disease as compared to infrequent runners. An even larger study from that same year, which analyzed the physical activity of over 47,000 men over an 18 year follow up period, demonstrated a 34% risk reduction in men with the highest vs. lowest levels of vigorous exercise. Much like the data on fiber, an active lifestyle is now considered a first-line approach in preventing diverticulitis. (10,11,12)

The Prevalence of Diverticulitis Among Different Age Groups

There are also a few experimental options that I think are worth considering, among them, an amino acid named glutamine. Glutamine has never been clinically studied in patients with diverticulitis. But preliminary research in animal models of GI diseases suggests a possible role for this nutritional supplement in supporting intestinal integrity. A new study appearing in the European Journal of Pharmacology notes that supplementing the diet of rats with glutamine powder can attenuate experimentally-induced inflammation and intestinal injury. More support comes in the form of a 2009 publication in the American Journal of Clinical Nutrition which reports that glutamine plays a vital role in nourishing the epithelial cells of the large and small intestines. Finally, a Scandinavian review from all the way back in 1996 points to “fiber, resistant starch, short-chain fatty acids, glutamine and fish oils” as natural therapeutic candidates for the prevention of “gastrointestinal diseases such as diverticulitis, diversion colitis, ulcerative colitis” and beyond. (13,14,15,16,17)

From a dietary and/or supplemental perspective, one could make a case for the inclusion of fish and turmeric. The predominant fatty acids found in fish (docosahexaenoic acid (DHA) and eicosapentaenoic acid (EPA)) and the curcuminoids contained in tumeric appear to mediate pro-inflammatory cytokines in the intestines. An example of the proposed impact of such ingredients can be found in scientific paper published in 2005. The trial in question examined the effects of a combination of antioxidants, fiber, fish oil and prebiotics in a group of patients with ulcerative colitis. This blend of “nutraceuticals” reduced the patients dependence on prednisone, a potent corticosteroid. Diverticulitis and ulcerative colitis are by no means identical. However, they are both gastrointestinal diseases which are conventionally managed using powerful anti-inflammatory medications that carry the risk of serious side effects. (18,19,20,21,22)

In closing, I’d like to dispel the notion that avoiding foods such as corn, nuts and seeds is necessary if you’re concerned about diverticulitis. This piece of advice is intended to prevent the possibility of jagged particles of said foods causing irritation or even bleeding by making contact with the swelling sacs or diverticula. This may be a remote issue for those with established diverticulitis. The best remedy, in this instance, is to simply chew these foods thoroughly. What’s even more important to note is that those without diagnosed diverticulitis do not appear at greater risk for developing the disease if they consume this group of foods. This concern was put to rest in a landmark study published in the August 2008 issue of the Journal of the American Medical Association. If anything, the evidence presented there revealed an unexpected protective effect – 20% reduced risk for nuts and an 18% reduced risk for popcorn. So by all means, include nuts and seeds in your diet if you enjoy them. And while you’re at, why not walk to store to buy them? The combination of staying physically active and eating plenty of fiber-rich, whole foods may just be your ticket to staying diverticulitis-free. (23,24)