One of the top news stories from this past week was the “voluntary” removal of the weight loss drug Meridia from the US market. Dr. John Jenkins, the director of the Food and Drug Administration’s drug evaluation branch, stated “Meridia’s continued availability is not justified when you compare the very modest weight loss that people achieve on this drug to their risk of heart attack or stroke”. Presently, there are an estimated 100,000 patients in the US using this previously sanctioned medication. But now, they’re being urged to discontinue using it and consult with their physicians about alternative means of losing those extra pounds. My Healthy Monday tip of the week is to strategically use safe dietary techniques to accomplish your weight loss goals instead of potentially dangerous drugs. 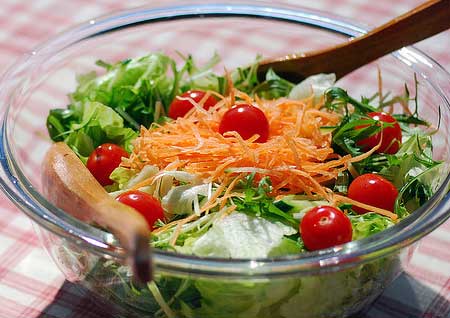 I hate to sound like a broken record, but I can’t avoid mentioning the fact that I’ve lost and maintained a weight loss of over 90 lbs by following a low-carbohydrate diet over the past few years. Simply put, I sing the praises of this dietary approach because it quite possibly saved my life. The same is true in the case of Mrs. Healthy Fellow. Her health and weight is better than ever due to the adoption of a carbohydrate restricted menu plan. Having said that, I fully understand that some of you are reluctant to follow the same path. That’s why I want to present three other viable options that I’ve taken directly from recent entries in the medical literature.

Diet isn’t the only viable strategy for weight loss. Here are a few less obvious techniques that I’ve often used to prevent late-night “snack attacks”: 1) Never skip breakfast and make sure to eat plenty of protein during the first meal of the day. It just might keep you satisfied all day and night long. 2) Brush your teeth and floss after you’re done eating for the night. The thought of having to go through that process twice in a night is often enough to discourage one more trip to the refrigerator. 3) Have a large glass of herbal tea in the evening. Simply drinking extra water can help fill you up. But there’s something about drinking a warm beverage that seems to soothe the mind and tame one’s appetite. (4,5,6)

There are numerous medications currently in development that hope to one day address the obesity epidemic in an effective and safe manner. That’s always the goal. However, the reality is predictably a very different story. Time and time again, we see that these so-called miracle drugs tend to underperform and exceed  “acceptable” side-effect profiles. In the meantime, we know of many natural methods to address this health crisis. No one can promise that these alternatives are as easy as swallowing a pill. But the reward for achieving weight loss without pharmaceutical support extends far beyond avoiding adverse reactions. With effort and struggle comes the feeling of accomplishment and empowerment. No pill or surgery can offer us as much.