Every so often I’ll encounter a client who isn’t open to the possibility of changing his diet and/or incorporating nutritional supplements and lifestyle changes into his daily routine. At first thought you might wonder “What’s left to recommend?”. I like to treat situations such as this as a puzzle. Certain pieces clearly don’t fit. But if someone comes to me asking for help, I have to assume they’re at least willing to consider my advice. He might even adopt my suggestions, if I respect his wishes and find the right fit for him (or her). Laughter therapy is a treatment modality that frequently falls into this category. 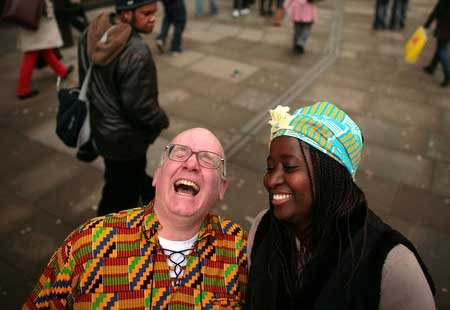 Virtually everyone enjoys a good laugh. But the concept of harnessing the power of laughter and directing it as a healing force is foreign to many patients and physicians alike. Perhaps it’s just hard to accept that serious health benefits could actually be attributed to such a mirthful activity. After all, when you’re sick you go see a doctor not a comedian. Medicine is no joking matter. Come to think of it, that may be debatable in some people’s minds. However, that’s a discussion for another day. What I want to delve into this Friday are some recent studies that demonstrate why laughter should play a regular part in all of our lives.

Laughter Improves Depression – Two new studies report that the use of a “humor group” and “laughter yoga” are effective and safe means of reducing depression in a senior population. The first trial examined the effects of laughter yoga as compared to exercise therapy. Both treatment options proved helpful in decreasing depression scores. However, only those engaging in laughter yoga reported an improvement in “life satisfaction”. Similar success was also exhibited in the so-called humor group study. Pre and post-trial measurements reveal that participation in a humor group (vs. a control group receiving no specific treatment) conferred benefits in many areas pertaining to depression including cheerfulness, resilience and satisfaction with life. What’s also interesting to note is that these studies were carried out in very different parts of the world: Germany and Iran. (1,2)

Laughter Protects the Cardiovascular System – Japanese scientists are at the forefront of laughter therapy research. The latest example of this is presented in the September 2010 edition of the American Journal of Cardiology. The experiment in question enrolled seventeen “apparently healthy adults (23 to 42 years of age)”. They watched either 30 minutes of a comedy program or documentary on separate days. The participants blood pressure, heart rate and B-mode ultrasound imaging were recorded prior to each viewing to establish changes in cardiovascular and circulatory health status. The findings indicate that watching the comedy programming resulted in improved blood flow by 17%, while the documentary footage reduced brachial artery flow-mediated vasodilation by 15%. Vascular function also improved after the comedic sessions as evidenced by a 10% increase in carotid arterial compliance. The concluding remarks of the authors state: “These results suggest that mirthful laughter elicited by comic movies induces beneficial impact on vascular function”. (3)

Laughter Alters Intestinal Flora – This next item sounds like something straight out of a science fiction film. But I assure you it’s 100% science fact. Twenty-four healthy individuals and twenty-four patients with atopic dermatitis (eczema) were asked to view 7 comedic films for one week and then 7 nonhumorous films during the following week. Fecal samples were taken before each trial period and after, and tested for bacterial metabolites (polyamines). The patients with eczema demonstrated increased colonization with beneficial intestinal bacteria (bifidobacterium and lactobacilli) and lower levels of pathogenic bacteria (S. aureus and Enterobacteria) after the 7 day trial of comedic therapy. The authors of the trial surmise that “Viewing humorous films may modulate fecal levels of polyamines by restoring intestinal flora in atopic dermatitis”. This may be a great option for those who are allergic to yogurt. I’m only half-kidding. (4)

Laughter Lowers Blood Sugar in Diabetics – A group of researchers from the Foundation for Advancement of International Science recently discovered that laughter yields numerous health benefits for type 2 diabetics including: a) a suppression of post-meal blood sugar levels; b) a decline in serum prorenin concentrations – which is “involved in the onset of diabetic complications”; c) “NK (natural killer) cell-mediated improvement in glucose tolerance at the gene-expression level”. (5)

Another fascinating study which was just published in the journal Twin Research and Human Genetics examined the importance of laughter in a population of 201 adult twins from North America. Two questionnaires were used to form the basis for this unique analysis: the Humor Styles Questionnaire and the MT48 (a mental toughness inventory). According to physicians at the Department of Psychology at the University of Western Ontario, Canada, “Positive correlations were found between the positive humor styles and all of the mental toughness factors” which are comprised of: challenge, confidence, confidence of abilities, commitment, control, control over life, emotional control and interpersonal confidence. (6)

I could go on to recite some of the likely reasons why laughter promotes a healthier body and mind. If you’re interested in learning more about laughter’s role in prompting “the release of beta-endorphins which in turn have high affinity for mu3 opiate receptors” which take part in the “direct release of NO (nitric oxide) and associated biological consequences”, please click on the footnotes directly following this paragraph. My editor will thank you for it. Too many scientific details about humor somehow seem to defeat the purpose of it in the first. It’s like trying to explain a joke by using a mathematical equation. What’s far more important is what we know intrinsically. Laughing feels good and those positive sensations translate into beneficial physiological reactions within the body. If you can embrace that simple piece of wisdom, then you’re an excellent candidate for laughter therapy. (7,8,9)