Do you ever find yourself in a situation where you have too much to do in the time you have available? These days, that’s where I am. One way that I deal with such situations is to set up parameters for myself. I try to do it in a constructive manner which deflects the stress that often accompanies a typical time crunch. Instead of feeling as if I don’t have enough hours in the day, I think to myself: How can I do something different with the limited time I do have? What I usually come up with is a challenge. My challenge for today is to present three health promoting news items that are no longer than three sentences in length each – a sort of rapid fire version of my typical daily column. 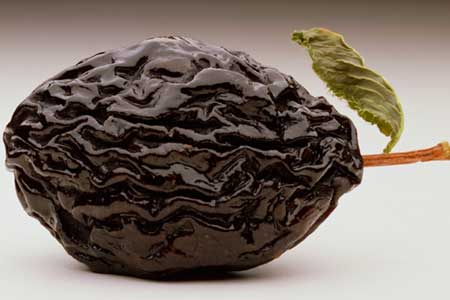 Day in and day out, we all rely on the liver to convert food into energy and process the many toxins we consume on a daily basis. A novel approach to supporting liver health was recently discovered at the Shifa College of Medicine in Pakistan. According to that research, eating just 3 prunes daily over an 8 week period can significantly reduce certain markers of liver dysfunction (serum alanine transaminase and serum alkaline phosphatase). (1,2)

Tinnitus is a condition that results in the misperception of sound in the ears, such as clicking, hissing or ringing, when no external sound is present. A new Italian trial reports that a patented pine bark extract, Pycnogenol, may offer significant relief for those living with tinnitus by improving circulation to the affected regions of the head. A daily dosage of 100 or 150 mg of Pycnogenol was found to positively influence diastolic and systolic (blood) flow velocity to the inner ear, thereby reducing tinnitus symptoms as assessed by a Subjective Tinnitus Scale (STS). (3,4,5)

The case for “exclusive breastfeeding” is strengthened by new research presented in the September 27th edition of the journal Archives of Disease in Childhood. A total of 926 infants who were either exclusively breastfed, partially breastfed or non-breastfed, were medically supervised over a 12 month period. Infants that were exclusively breastfed for at least 6 months were: a) 42% less likely to have an acute respiratory infection; b) at a 63% reduced risk of ear infections; c) afforded 86% protection against the occurrence of thrush; d) admitted to the hospital for infections 94% less often than partially breastfed and non-breastfed infants. (6)

Right about now I’m thinking about a number of details I wish I could have fit into the preceding paragraphs. That’s the voice in the back of my head that never wants to leave anything out. But that’s not the way life works. We all need to pick and choose where to direct our attention. The more sensible part of my brain tells me that I was successfully able to convey three potentially useful natural health stories in the time with which I had to work. This exercise also provides me with an opportunity to remind you that the footnotes at the end of many of the paragraphs in my columns link to the source material upon which I base my work. If you’d like more information about any of these topics, just click on those links for more technical data. And, as always, you can shoot me an email or reach me by adding a comment at the bottom of any given column if you have additional concerns or questions.