A news item that received a great deal of attention this past week was the FDA’s decision to approve Botox for the treatment of chronic migraines. This was welcome news for the estimated 12% of the US population who live with this debilitating form of headache pain. But as with all medications, symptomatic relief often comes at a price. The treatment itself requires 31 injections directed at seven specific points in the head and neck. In addition, a number of adverse reactions have been reported in relation to onabotulinumtoxin A. Documented side effects include the possibility of blurred vision, breathing problems, difficulty swallowing, muscle spasms or weakness and neck pain. A recent interview with the actress Dana Delany in Prevention magazine chronicles her own negative experience with cosmetic Botox which resulted in a “huge hematoma” and subsequent muscle and nerve damage in the eye region. (1,2) 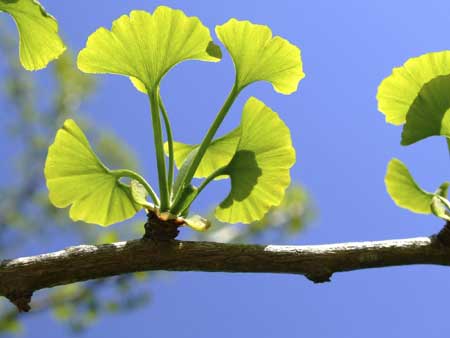 I hope that the thousands of migraine patients who will likely try Botox in the coming years will benefit from it and avoid any of the previously noted dangers. But various factors including cost and personal preferences will make this pharmaceutical option unsuitable for many health care consumers. For them, I’d like to present some up-to-date information about several natural alternatives for recurrent migraines.

Acupuncture – A publication in the June 2010 issue of The Journal of Neurological Sciences describes the efficacy of ear acupuncture in the management of unilateral migraine pain. The placement of needles in tender points located on the antero-internal part of the antitragus and the anterior part of the ear lobe resulted in symptom reduction of up to 300%. Other varieties of acupuncture also appear to aid migraineurs. However, the benefits can be inconsistent. To address this problem, Chinese researchers have begun offering detailed guidelines about how to increase the likelihood of treatment success. A recent evaluation of the topic suggests that “The optimal treatment frequency is twice a week with one week rest between the first 10 and the last 10 sessions. Additionally, the duration of one treatment session ought to be 30 minutes, while it is recommended to use about 20 needles in one session. The total duration of an acupuncture treatment should be at least 10 weeks”. (3,4,5)

Biofeedback and Neurofeedback – Various forms of biofeedback including EEG, neurobiofeedback, thermal handwarming and “traditional peripheral” biofeedback have demonstrated benefits in the arena of the non-pharmacological treatment of migraines. A recent examination of 37 migraine patients found that biofeedback reduced headache frequency by 50% or more in 70% of those being treated. Furthermore, the benefits were sustained, on average, for 14.5 months after biofeedback treatment ceased. Not all studies agree that biofeedback is more effective than other forms of stress management. However, some trials affirm that biofeedback not only reduces headache symptoms, but may also address some of the underlying psychological triggers such as anxiety. (6,7,8)

Ginkolide B Complex – Two recent Italian studies report that a blend of ginkgo biloba extract and select nutrients can significantly reduce migraine frequency in children in a safe manner. Both open-label trials took place over a 3 month period and employed a dosing schedule of “Ginkgolide B 80 mg, coenzyme Q10 20 mg, vitamin B2 1.6 mg, and magnesium 300 mg in oral administration twice per day – in the morning and in the evening, with meals”. Not surprisingly, the young patients required lesser quantities of pain relieving medication while using the Ginkgo-based dietary supplement. Previous experiments have identified plausible pathways by which Ginkgolide B may exert its pain relieving activity. What’s needed now are carefully controlled studies that compare this natural remedy vs. a placebo. (9,10,11)

There’s hardly a shortage of alternative and complementary therapies available for migraine relief. A series of scientific summaries from June 2010 offer up the following list of viable options: diet and lifestyle changes, herbal remedies (butterbur and feverfew), nutritional supplements (alpha lipoic acid, CoEnzyme Q10, magnesium and riboflavin) and relaxation training. Most of the studies on natural remedies have examined specific practices or supplements. But one of the more interesting trials of late evaluated the effects of a combined approach. It incorporated Ayurvedic (traditional Indian) “medicines” along with a “regulated diet and lifestyle modifications such as a minimum of 8 hours sleep, 30-60 minute morning or evening walk and abstention from smoking/drinking”. The conclusion of the 90 day intervention found that there was a complete disappearance of headache pain and other migraine symptoms in 32.5% of the participants. All told, a total of 70.5% of the study volunteers observed a marked decrease in migraine frequency and pain severity. (12,13,14,15)

There are number of factors you need to consider when selecting any therapeutic approach. Do you prefer to pop a daily pill or have a procedure done periodically? Or, would you consider putting forth the effort to make more substantial lifestyle changes that may result in better overall health and thereby improve your symptoms? There are also financial considerations. Your insurance may fully or partially cover a pharmaceutical approach to address your “dis-ease”. But that’s unlikely to be the case if you opt for an alternative or complementary approach such as a dietary supplement or acupuncture. It’s also important to remember that just like conventional medical therapies, alternatives come with different price tags. By that, I don’t only mean how much money they’ll extract from your budget. I think it’s vitally important that you weigh all the benefits and costs of each respective option. Think in terms of effort, finances, potential side effects, sustainability and time considerations. I firmly believe that artfully planning your own path to wellness is always worth the forethought in the end.