Do you ever wonder what life will be like in the year 2050? Futurists are notorious for being way off base in their predictions about what’s to come. Let’s face it, we don’t see many flying cars or teleportation devices around us. Fortunately, medical predictions are generally easier to approximate. This is especially true when such prognostications involve health conditions that are largely shaped by lifestyle factors. A current report by the Centers for Disease Control and Prevention estimates that one out of every three adults in the US could develop type 2 diabetes in the next 40 years. That’s an enormous leap from the present level of 1 in 10 adults. The most recent statistics from 2007 assign diabetes the seventh spot on the list of leading causes of death in the U.S. What’s more, roughly $174 billion health care dollars were spent managing the disease and its complications. My Healthy Monday tip of the week is to do all you can to not become a part of the above statistics. (1,2) 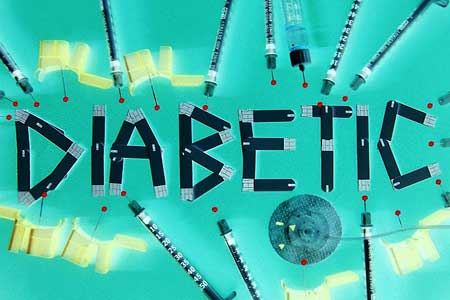 In previous blogs I’ve mentioned a number of natural alternatives that can support healthier blood sugar control including blueberry leaf extract, cinnamon, a low carbohydrate diet and vinegar. Today I’d like to get back to basics and focus on several lifestyle choices that don’t involve the use of any controversial menu plans or dietary supplements. These strategies won’t cost you additional money and are likely to be supported by your physicians.

Step 1: Dietary Protection – A systematic review and meta-analysis from October 2010 reveals that a 66% reduction in type 2 diabetes risk can be achieved through a diet that emphasizes whole foods such as fruits, fish, poultry and vegetables. These foods are commonly found in the so-called Mediterranean Diet. A study appearing in the current issue of Diabetes Care goes on to report that a Mediterranean Diet rich in nuts and olive oil is 52% more effective than a conventional low fat diet in decreasing diabetes incidence. A previous examination of this eating style discovered up to a 40 mg/dl drop in fasting blood glucose and a .6% decline in long term blood sugar or HbA1c levels. (3,4,5)

Step 2: Exercise Protection – Maintaining a regular exercise regimen works hand in hand with a healthy diet in the prevention of adult onset diabetes (DM2) and it’s never too late to start. A recent experiment asked eleven sedentary women with DM2 to participate in a 13-week aerobic training program. The average age of the study volunteers was 61 years. A sedentary control group was used as a comparison model. The older women involved in the exercise protocol exhibited a significant reduction in blood pressure and blood sugar. Please refer to the table below for more details. Much like dietary measures, physical activity is documented as lowering long range blood glucose (HbA1c levels) by approximately .6%. In fact, differences in physical activity were recently highlighted as explaining the higher rates of DM2 in the U.S. (7.6%) vs Canada (5.2%). According to the May-June edition of the journal Preventive Medicine, Canadians engage in higher levels of “moderate and high physical activity” than their U.S. counterparts – 24.6% vs. 14.3% and 23.1% vs. 14.8%. All told, the researchers “estimate that 20.8% of the U.S.-Canada difference in diabetes prevalence is associated with physical activity”. (6,7,8)

Step 3: Stress Management – A lesser known factor in developing diabetes is cortisol, a stress hormone. Higher cortisol production is associated with insulin resistance and various cardiovascular risk factors that are often found in concert with type 2 diabetes. Perhaps this is why meditation is increasingly recommended for at-risk populations and those living with diabetes. Two separate studies from 2007 and 2008 document improvements in blood sugar (postprandial plasma glucose and HbA1C levels) and blood pressure in diabetics who engaged in courses of a “Mindfulness Based Stress Reduction (MBSR) program” and “sitting breathing meditation”. As a bonus, various psychological measures pertaining to quality of life also improved, including anxiety and depression levels. (9,10,11,12,13)

It may seem that the only way to shield yourself from diabetes is to live a perfect lifestyle – no alcohol, no refined foods, no sweets. Unfortunately, I can’t tell you that eating conventional desserts and processed foods will stave off diabetes and other diseases. But an occasional alcoholic beverage is unlikely to harm your diabetes forecast. In fact, a new publication in the November 2010 issue of Diabetic Medicine reports that light-to-moderate drinkers are actually less likely to develop diabetes and insulin resistance. (14)

In closing, I want to highlight two important warnings. You may have read that low glycemic carbohydrates are healthy components of any diabetic prevention program. Generally speaking, this is true. However, some supposedly healthy carbohydrates are not always what what they seem. For instance, a recent Chinese evaluation of brown rice found that it had a higher glycemic index, glycemic load and insulinemic index than other starchy foods such as mung bean noodles, taro and yam. You may have also been told that low-dose aspirin can protect your heart from diabetes-related cardiovascular events. According to a new summary prepared by the University of North Carolina, this too is accurate. But please keep in mind that the level of protection afforded is only about 10%. The researchers are also careful to point out the real possibility of adverse reactions including an increased risk of gastrointestinal bleeding. That’s why I suggest that you carefully consider whether either of these options are worth the risk. As for me, I think I’ll stick to my three-step program. (15,16,17)