The human body is infinitely more complex than any machine created by mankind. But it is sometimes useful to think about it in similar terms. Two of the most frequently used machines in modern life are automobiles and personal computers. In order for either of them to function efficiently, they need proper fuel (electricity and gasoline) and periodic maintenance. Fueling up a car and plugging in a lap top has become second nature in the 21st century. Unfortunately, so too has the unhealthy manner by which many people re-fuel themselves – drive-thrus, frozen dinners, etc. The trouble is that the human body doesn’t provide as immediate a response to improper nourishment as most machines do. Rather, the human organism is exceedingly resilient and can put up with years of improper care before demonstrating overt evidence of damage. 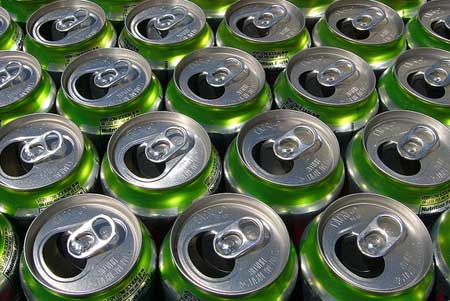 Changing ones health trajectory can be as straightforward as re-evaluating what you put into your system on a daily basis. The most obvious candidates for change are the beverages you drink and the foods that make up your meals and snacks. But how do you realistically achieve this? One way is to resist the emotional component of eating and instead try to view your body as a biological machine. Like most other worthwhile endeavors, your ability to accomplish this generally improves with practice and time. And, If you’re successful, it will ultimately afford you a more rational perspective on nutrition that will contribute to your well being. Here are three current examples that illustrate the practical benefits of adopting such a philosophy.

The November 2010 issue of the Journal of the American Dietetic Association reports that including more omega-3 fatty acids, as found in foods such as fish, is inversely associated with gum disease or periodontitis. The conventional treatment for this inflammatory disease involves courses of antibiotics, mechanical cleaning and medicated mouthwashes. Researchers from Harvard Medical School theorize that select polyunsaturated fats (PUFAs) including DHA (docosahexaenoic acid) and EPA (eicosapentaenoic acid) may reduce chronic inflammation in gum tissue while also providing unrelated health benefits including cardiovascular protection. The basis for this assertion comes from an analysis of over 9,000 men and women who received dental examinations over a 5 year period. Food recall interviews and “data regarding supplementary use of PUFAs” were used to assess omega-3 intake. All told, approximately 8% of the study pool was diagnosed with periodontitis. Those consuming the highest levels of DHA and EPA were roughly 20% less likely to fall under the gum disease classification. (1)

Alarm bells frequently sound whenever the words “performance” “enhancing” and “supplement” are combined in the same sentence. This is understandable given the scandals that have implicated far too many professional athletes over the past few decades. I feel fairly confident in telling you that baking soda doesn’t remotely fall into the latter category. But that’s not to say that sodium bicarbonate can’t naturally and safely bolster athletic performance. A new study presented in the Journal of the International Society of Sports Nutrition reveals that ingesting baking soda prior to a sporting event can promote greater endurance and reduce “fatigue-induced decline” in skill performance. A group of 9 collegiate tennis players was randomly assigned either a sodium bicarbonate beverage or a placebo beverage prior to a simulated tennis match and skills test. Accuracy and consistency were the primary focus of the skills evaluation. The bicarbonate group demonstrated greater forehand and service consistency and lesser decline in performance in the simulated match. Blood tests further indicate that the baking soda intervention resulted in higher blood lactate levels and pH or a more alkaline environment. (2,3)

I’d like to think that I’ve dissuaded a fair share of people from drinking artificially sweetened sodas. To that end, I’ve devoted a few recent columns to help steer anyone who’s interested to healthier alternatives. But if I’ve yet to convince you, consider this next item. Researchers from the Harvard School of Public Health just published a paper that links frequent diet soda consumption to poor kidney function. A total of 3,318 women were included in the examination which used food frequency questionnaires to establish typical soda intake. The findings indicate that consuming 2 or more artificial diet sodas/day doubled the risk of kidney function decline. Kidney disease already affects an estimated 4.5 million US citizens. It’s also the ninth leading cause of mortality. Limiting diet soda intake may help to curb those statistics downward. (4,5)

What do you have to lose by incorporating some of the strategies that I’ve written about today? If you decide to include more healthy sources of seafood in your diet, you may just keep your breath and smile in tip-top shape for longer. Something as inexpensive and readily available as baking soda may effectively support physical performance without the risks associated with anabolic agents and stimulants. Finally, if you or someone you know has kidney disease or is at risk for it, pass along this preliminary report on diet soda. Diet soda use is unbelievably prevalent nowadays. Ditching your daily dose of artificially colored and flavored water is a small price to pay if you can avoid dialysis down the line. Simply put, food is fuel. The nutritional choices we make play a major role in how well our biological machines run in almost every conceivable way. If you’re looking to improve the quality and quantity of your life, this a great place to start.


2 Comments & Updates to “Your Biological Machine”