The dietary supplement Metamucil has been commercially available for over seventy-five years. For the most part, this familiar product is known the world round as an old fashioned constipation aid. There’s good reason for this reputation. But there’s also more to Metamucil and psyllium than simply promoting regularity. Today I’ll discuss some of the lesser known attributes of this decidedly untrendy supplement. (1,2,3) 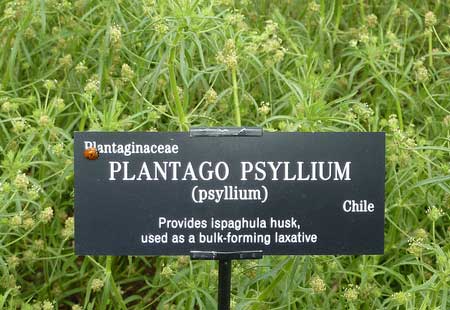 Many health authorities recommend that we include more dietary fiber as part of a healthy lifestyle. I tend to agree with this general recommendation. But where we part ways is how to implement such a nutritional shift. Nutritionists will frequently recommend increasing whole grain consumption in the form of bread, cereal and a variety of processed foods, including pasta. Among other reasons, I disagree with this advice because of the allergenic nature of grains and their potential to elevate blood sugar. I think most people would do better to include fiber sources that come from low-glycemic fruits, non-starchy vegetables, nuts and seeds. If you stick to a whole food diet that emphasizes these food categories, constipation and other fiber-related conditions are rarely a problem. If you don’t and you experience the consequences of a lack of roughage, I think it’s worth considering supplementing with psyllium.

Over the past several years psyllium supplements have been extensively investigated with respect to two of the most significant health threats of the modern age: cardiovascular disease and diabetes. Preliminary evidence shows that psyllium husks can reduce blood sugar, body weight and cholesterol – all of which are considered risk factors for the two diseases in question.

The October 2010 issue of The Annals of Pharmacotherapy reviewed the connection between psyllium supplementation and glucose control in type 2 diabetics. The analysis found that a daily dosage of 10.2 grams of psyllium was capable of reducing long term blood sugar levels (A1C) and post-meal blood sugar elevation. Other studies appearing in various publications including the British Journal of Nutrition and the European Journal of Nutrition have noted that the addition of psyllium to diabetic menu plans may lower body fat, body weight, insulin, LDL (“bad”) cholesterol and triglyceride concentrations. The combination of psyllium with other foods has further demonstrated the ability to reduce appetite hormones that are associated with overeating and overweight – ghrelin, glucagon-like peptide 1 and peptide YY. (4,5,6)

The allopathic medical establishment has clearly and consistently adopted the position that high levels of LDL and total cholesterol are perilous to cardiovascular well-being. This is evidenced by the astronomical promotion and sales of multiple medications that lower cholesterol. Psyllium fiber may offer a safer means of reducing lipid levels in at-risk individuals. A current meta-analysis that evaluated twenty-one studies pertaining to this topic concluded that: “Psyllium could produce dose- and time-dependent serum cholesterol-lowering effect in mild and moderate hypercholesterolemic patients and would be useful as an adjunct to dietary therapy for the treatment of hypercholesterolemia”. However, it’s important to note that not all studies have come to the same conclusion about psylliums ability to reduce plasma lipids. Depending on the study population, the treatment effect has varied to some degree. Therefore, it’s vital to test and verify when it comes to the use of fiber therapy as an adjunct or alternative to drug therapy. (7,8,9,10,11) 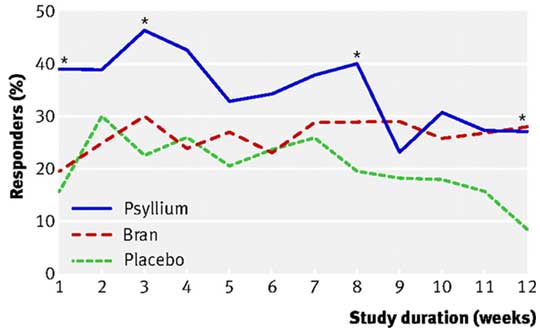 A final area that I’d like to discuss is the potential of psyllium therapy in patients with irritable bowel syndrome (IBS). A 12 week study published in the August 2009 edition of the British Medical Journal compared the effects of 10 grams of psyllium/day vs. 10 grams of wheat bran/day or a placebo (rice flour) in 275 patients with IBS. According to the authors of the paper: “After three months of treatment, symptom severity in the psyllium group was reduced by 90 points, compared to 48 points in the placebo group and 58 points in the bran group”. Clearly the psyllium intervention was the most effective. What’s more, the wheat bran group presented the largest drop out rate of all three treatment options. The reason cited was “that the symptoms of irritable bowel syndrome worsened” in those who supplemented with wheat bran/fiber. This ties into the reservations I expressed earlier in the column and bolsters my belief that grain-based fiber sources should be used with caution or not at all. (12,13,14)

If you have no interest or need for psyllium supplements, you may ultimately find them in your diet anyway. Food scientists in Brazil are currently attempting to use specially processed psyllium fiber in place of gluten in bread. Gluten is a protein found in wheat and other grains (barley and rye) that gives bread it’s characteristic chewy texture. It’s also a significant cause of food intolerance and a serious medical condition known as celiac disease. A recent experiment revealed up to a 97% acceptance rate when psyllium was used in place of gluten in a specially formulated bread intended for patients with gluten intolerance. Another positive revelation is that the substitution reduced the caloric content of the test bread by 32%. It seems that the granddaddy of all fibers may have a new life in 21st century nutrition after all. (15)