When I’m asked to speak about natural medicine there’s an expectation that I’ll discuss something that’s out of the ordinary. It’s not enough for me to detail the merits of eating a whole food diet, exercising regularly or sleep hygiene. There’s got to be a “hook”. In this way, my current profession is similar to my prior one as a motion picture screenwriter. Many films stick to a familiar formula – they begin with a dramatic opening sequence that demands your attention and draws you into the story that is to follow. A health presentation entitled, “Magic Mushrooms” makes a bigger impression than a lecture about “Promoting Wellness with Fruits and Vegetables”. The reality is that there’s nothing especially magical about mushrooms apart from the fact that they may improve a variety of disease states. That’s why my Healthy Monday tip of the week is to include more mushrooms in your daily diet. 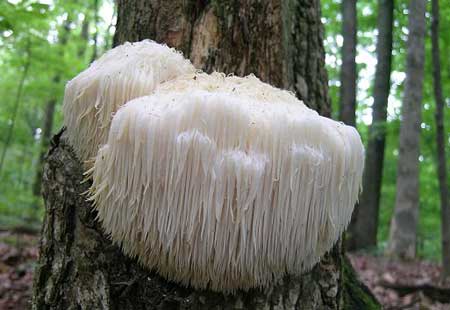 The latest edition of the Journal of Alternative and Complementary medicine reports that an extract of Maitake mushroom (Grifola frondosa) can benefit women with polycystic ovary syndrome (PCOS) – a condition that this is characterized by abnormally high levels of male hormones (androgens), insulin resistance and irregular menstruation. Twenty-six patients with PCOS were given a Maitake extract (MSX) and thirty-one patients were given a medication (clomiphene citrate) in an attempt to regulate monthly cycles. Both treatments were found effective – 76.9% (MSX) and 93.5% (clomiphene citrate) ovulation rate. The women who didn’t respond to either treatment were subsequently given a combination of both. Almost all of the non-responders showed ovulation when given the combined treatment. One of the proposed mechanisms for the noted benefits is an improvement in blood sugar control that is at the heart of PCOS. Prior examinations in patients with other diseases (colorectal cancer and diabetes) have also demonstrated the ability of other mushrooms to lower fasting and post-meal glycemia. (1,2,3)

Several population studies in women have raised the possibility that dietary mushrooms may reduce breast cancer incidence. The May 2010 issue of the journal Nutrition and Cancer documents a 70% lower risk of hormone receptor positive tumors in premenopausal women who consumed the largest quantities of mushrooms vs. those who consumed the least. Similar findings were presented in May 2009 in the International Journal of Cancer. In this instance, both pre and postmenopausal women experienced a protective effect based on the level of mushroom intake. But what set this inquiry apart is that it also evaluated the role that green tea played in breast cancer development. The authors concluded that “mushrooms decreased breast cancer risk in pre- and postmenopausal Chinese women and an additional decreased risk of breast cancer from joint effects of mushrooms and green tea was observed”. A 2008 investigation likewise found a “strong inverse association” between mushroom intake and postmenopausal breast cancer protection. (4,5,6)

The prior examples have focused primarily on women’s health issues. But mushrooms are by no means gender-specific. A fungus commonly known as Lion’s Mane (Hericum erinaceus) is rapidly building a reputation as a natural memory and mental health aid. Published studies from 2009 and 2010 reveal that this edible mushroom is capable of improving anxiety, depression and even mild cognitive impairment in seniors of both sexes. The enhancement of memory and mental functioning appear to be related to H. erinaceus’ ability to induce nerve growth factors that may counter neurodegenerative impairment including Alzheimer’s disease. Evidence of this activity was recently presented in a 7 day experiment in mice. Japanese researchers discovered an increased level of nerve growth factor in the hippocampal region of the test animals brought about by a diet consisting of 5% H. erinaceus powder. (7,8,9)

I realize that some of the above-mentioned mushrooms aren’t readily available in most super markets and smaller health food stores. The good news is that even the most “ordinary” mushrooms, including the white button variety (Agaricus bisporus), are shining brightly of late in the medical literature. Over the past few years, studies involving A. bisporus intake in both animals and human subjects have yielded very promising results in several key areas of health including: a) lowering blood sugar, LDL (“bad”) cholesterol and triglycerides; b) supporting liver health – as demonstrated by reductions in liver enzymes; c) elevating HDL (“good”) cholesterol. White button mushrooms also contribute valuable nutrients including vitamin B12. (10,11)

There’s yet another reason to consider adding more mushrooms to your burgers, omelets, soups and salads. Doing so can lower your daily caloric intake and, thereby, support a healthier weight. A recent trial conducted at the Johns Hopkins Bloomberg School of Public Health discovered that substituting mushrooms for beef in meals effectively lowered calories per meal by over 400 kcal, while the volume of the meals remained constant. But here’s the really interesting part of the study. The participants rated the mushroom substitutes favorably with respect to appetite considerations and palatability.  The conclusion of the investigation stated that “substituting low ED (energy density) foods for high ED foods in otherwise similar recipes can be an effective method for reducing daily energy”. When you factor in the health promoting properties of mushrooms, this proposed strategy seems all the more attractive. (12)