When selecting nutritional supplements we all strive to use the most effective products available. But what should we base that determination on? One option is to ask others about their personal experiences. This is commonly referred to as anecdotal evidence. Another source of data can be found in the scientific literature. Here we’re trusting that researchers are performing well designed and impartial research in a more controlled manner. Since these types of studies typically involve larger groups of people, the results may apply to broad segments of the population. But there’s another prevalent manner of learning about dietary supplements and that is information provided by the manufacturers themselves. My contention is that we ought to examine all three sources of input. Ask questions of your colleagues, family and friends. Read the product literature provided by nutraceutical companies and pose any inquires that you might have. Finally, investigate whether modern science has produced any evidence to back up the other two sources. I’ll apply this model to examine an area of debate that’s currently active in the natural health community: Is krill oil superior to fish oil? 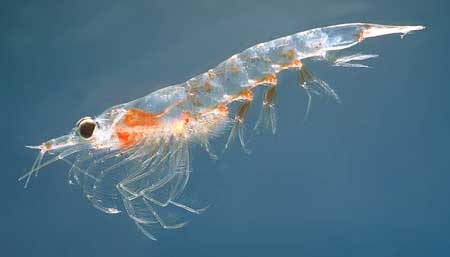 Krill oil is a supplemental source of powerful antioxidants, omega-3 fatty acids and phosholipids derived from tiny crustaceans harvested largely in the Southern Ocean waters of the Antarctic. Krill oil proponents claim that it is essentially a superior form of omega-3s. Krill contain a rather unique reddish antioxidant called astaxanthin, and they’re also rich in phospholipids, which help emulsify fatty acids and enhance their absorption and retention.

A recent study presented in the Journal of Nutrition appears to support this point of view. Research conducted in a group of overweight rats found that krill oil provoked a 42% decrease in fat (triglyceride) build-up in the hearts of the test animals. Fish oil only lead to a marginal decline in cardio-lipids of 2%. When the authors of the study examined the livers of the krill oil rats, they discovered a 60% reduction in fat in their livers, as opposed to 38% in the livers of rats fed fish oil. The normalization of fat content in the heart and liver indicate potential benefits to overall heart function and an improvement in insulin sensitivity, which can be impaired in cases of fatty liver disease. In addition, the krill oil test subjects exhibited positive changes associated with a reduced “inflammatory response”. (1,2)

A study from 2008 demonstrated anti-cancer and heart benefits in relation to krill oil (KO) supplementation. In that trial, rats who were fed KO showed weight loss and a drop in LDL “bad” cholesterol, total cholesterol and triglyceride levels. The scientists also tested krill oil in an in-vitro model of colon cancer. The scientists concluded that, “Treatment of colon cancer cells with KO also resulted in time-dependent inhibition of cell growth”. (3)

Krill oil has been evaluated in other health conditions as well. The results of those studies have generally been positive and, in a roundabout way, can be applied to what we currently know about heart disease.

Chronic inflammation is now believed to be a contributing factor in many cancers and cardiovascular disease. The fact that KO appears to reduce inflammatory markers and symptoms may provide a clue to part of its cardioprotective effect. A human trial from 2004 is perhaps the strongest piece of evidence that supports the krill/heart health link. That study produced a profoundly positive shift in cardiovascular risk factors in a group of 120 volunteers. A starting KO dosage of 500 mg daily significantly reduced blood sugar levels, LDL, total cholesterol and triglycerides, and raised the beneficial HDL cholesterol in the participants. The men and women who were given fish oil didn’t fare nearly as well. (6) 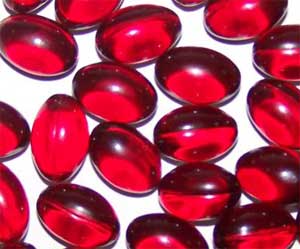 There are several other important factors to consider when comparing fish oil and krill oil. Preliminary studies going back to the mid 90s demonstrate that krill oil appears to be safe.  However, some manufacturers and health authorities caution that those with severe shellfish allergies should discuss krill oil with their physicians prior to usage. It’s also important to note that fish oil has been studied extensively over the past several decades. Literally thousands of research papers have been published on the health effects of omega-3 fatty acids found in fish. Fewer than 15 studies on krill oil have been presented in peer reviewed medical journals. (7)

When I looked over all of the reliable data I could find about krill oil, I came to the following conclusion. Krill oil seems to be an extremely promising antioxidant/omega-3 supplement. Substantial evidence suggests that the astaxanthin content of krill largely contributes to its net effect. Astaxanthin is the same carotenoid that gives wild salmon its pink hue. But there may also be something to the phospholipid content of this crustacean. That’s the only explanation I’ve found as to why a lower dosage of KO could produce equal or greater effects than higher dosages of fish oil. (8,9,10)

Be forewarned: Krill oil can be quite expensive. The real question is how much you’ll need to take to derive the same benefits as I’ve reported here. If you need a lower dosage, such as 500 mg, then it can be relatively affordable. But some users may require larger quantities (2-3 grams a day). The best deals I’ve found are available online and often cost approximately $15 – $20 for 60 softgels. I think at that price, it’s certainly worth a shot for anyone who might benefit from it. I also think that KO may be an attractive alternative, because krill softgels are typically smaller in size and have a milder aroma.

Update: November 2010 – A brand new study presented in the November 2010 issue of the journal Lipids reports that a daily dosage of krill oil is more effective than fish oil at increasing plasma omega-3 fatty acids. A total of 113 patients with slightly elevated cholesterol and triglycerides were given one of three interventions over a 7 week period: 1) 3 grams of krill oil/day; 2) 1.8 grams of fish oil/day; 3) no supplemental oil. The omega-3 content (DHA + EPA) of the krill oil equaled 543 mg. The fish oil provided 864 mg of DHA + EPA. The results of the trial indicate that both the fish oil and krill oil elevated DHA and EPA levels in the test subjects to a comparable extent. This is a noteworthy finding because the krill oil contained only 62.8% of omega-3s found in the fish oil. In practical terms, this means that the phospholipid-bound omega-3s in the krill oil were, in fact, better absorbed. Having said that, neither of the test groups demonstrated a meaningful decline in measures of inflammation, oxidative stress or serum lipids. This is clearly a disappointment from my perspective. One must also take into consideration that the enhanced absorption of krill oil isn’t very cost effective based on the findings presented in this current study. (11)