Have you ever wondered what it would be like to have a mind like Albert Einstein, Isaac Newton, Leonardo Da Vinci or Socrates? It’s an intriguing daydream to “guesstimate” what we could accomplish if only we had greater cognitive faculties. But at the end of the day, we’re all at the mercy of our genetic blueprint, environment and upbringing. That is unless you’re willing to dig deep in order to try to stretch your mental boundaries. There are, in fact, certain steps that can be taken by ordinary men and women to optimize brain function. I’m not claiming that it’ll turn an average Joe into a 21st century genius, but it just might give you enough of an edge to get further in life than you ever suspected. 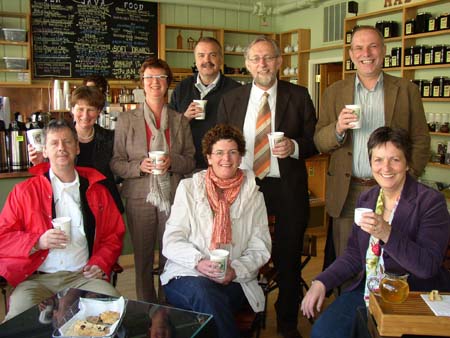 In a recent column I wrote about the essential role that minerals play in the function and health of the body and mind. The latest example is presented in the January 28th edition of the journal Neuron. A joint study conducted by neuroscientists at the Massachusetts Institute of Technology (MIT) and Tsinghua University in Beijing discovered that supplementing with a special form of magnesium can lead to greater magnesium concentrations in the brain and ultimately improvements in cognitive function.

The elevation in magnesium levels resulted in “enhancement of learning abilities, working memory, and short and long-term memory”. Older rats also demonstrated an improvement in “pattern completion ability”. Perhaps the most dramatic finding is that rats treated with magnesium-L-threonate: a) exhibited higher density in the hippocampus, a region of the brain associated with learning and memory and; b) improved the communication between neurons in the brain, a process known as synaptic plasticity. The authors of the study concluded that “an increase in brain magnesium enhances both short-term synaptic facilitation and long-term potentiation and improves learning and memory functions”. (1)

The old adage about studying hard in order to succeed is as true as ever. However, new research suggests that resting may also be an important piece of the learning puzzle. New evidence from the the Center for Neural Science at New York University reveals that wakeful rest periods function in a similar way to a good night’s sleep in helping to retain memories. The mechanism behind this phenomenon appears to be due to enhanced activity between two key memory processing sites in the brain – the hippocampus and neocortex (lateral occipital complex). This revelation was detected by utilizing functional magnetic resonance imaging (fMRI) in a group of 16 test subjects before, during and after the performance of a mental task. Similar brain activity was noted when the study volunteers were engaged in the task and when they were resting, but thinking about what they had just learned. (2)

Two new studies report that physical exercise should be included in any holistic program with the intent of supporting healthy cognition at any age and protecting against age-related memory decline. The first experiment determined that adult mice who voluntarily exercised on a “running wheel” could increase the number of neurons (brain cells) in the hippocampal region. This positive development in turn improved their performance on tests measuring “spacial learning” – the ability to recognize new objects and surroundings. A trial recently published in the Archives of Internal Medicine also points to resistance exercise as a therapeutic tool for improving “executive cognitive function” in seniors. A group of 155 men and women in nursing homes was enrolled in a resistance exercise program or a “balance and tone training” class over a 12 month period. The participants engaging in a once or twice-weekly resistance training demonstrated significant benefits with regard to “selective attention” and “conflict resolution”. An improvement in walking speed was also evidenced in the resistance exercise group alone. (3,4)

Exercise May Improve Mental Performance Regardless of Age

The issue of attention span is nearly as important as memory recall. If you’re unable to concentrate on any given topic you’re far less likely to retain it. An amino acid in tea known as l-theanine may be a reasonable aid to consider if this is a problem for you. Proof comes in the form of a new trial involving 29 healthy adults who were regular coffee and tea drinkers. The group of men and women was either given a glass of iced tea with 97 mg of theanine + 40 mg caffeine added to it or the same amount of regular iced tea. All of the subjects were asked to take a mental test before consuming the beverages, and 10 minutes and 60 minutes after consuming the respective liquids. After a period of 1-2 weeks, the participants were then asked to use the opposite drink and re-take the tests as a means of comparison. The results indicated that “The combination of l-theanine and caffeine improved attention on a switch task as compared to the placebo”. Furthermore, the authors remarked that there was an enhancement of test accuracy and speed in those receiving the supplemented tea. It’s also interesting to note that the theanine/caffeine benefits extended to both auditory and visual forms of learning and processing. (5,6)

As you’re reading this column today your brain is functioning at certain level. The conventional wisdom, or lack thereof, is that your cognitive ability is destined to decline with age. But what would happen if you started eating or supplementing with more magnesium? How about giving yourself a break between study periods and possibly drinking some tea with it? This might also be a good time to consider implementing a resistance exercise or running routine. As you can see, there are plenty of health promoting and inexpensive options that we can call upon in order to support optimal mental functioning at any age. The brain is a living organ that responds positively or negatively to the environment, lifestyle factors and stimulation in all forms. The bottom line is that we’ll likely get much more out of it if we provide it with what it needs.

Update: November 2010 – The upcoming edition of the journal Nutritional Neuroscience provides additional support for the use of a caffeine-theanine combination as a short term cognitive aid. The study in question reports that a daily dosage of 97 mg of L-theanine and 40 mg of caffeine is capable of enhancing cognitive functioning in healthy adults. Forty-four young men and women were administered the tea complex or a placebo prior to undergoing a series of mental tasks. Cognitive performance was assessed at baseline, 20 minutes after consuming the respective agents and 70 minutes post-ingestion. Those receiving the caffeine-theanine blend “significantly improved accuracy during task switching, self-reported alertness and reduced self-reported tiredness”. These findings indicate a beneficial effect on “focus attention during a demanding cognitive task”. (7)