The other night I found myself at a local card room. I was sitting at a “No-Limit Texas Hold ’em” table playing poker with a motley group of strangers. Poker isn’t your standard form of gambling. It does involve a certain measure of luck, but it mostly requires a particular set of observational and social skills. It so happens that these same skills can be extremely beneficial in parts of life that extend far beyond the confines of the felt table, the clattering chips and shuffling cards. About half way through the evening, a rather gruff looking gentleman took a seat at the table. He looked like the kind of guy you wouldn’t want to upset or even look at the wrong way. But if there’s one lesson that poker teaches you it’s that you should never entirely trust the obvious. So I began chatting with this biker-type fellow as he devoured an enormous ice cream sundae with plenty of peanuts on top. In the course of about 15 minutes, he revealed to me that was suffering from terminal cancer. He didn’t much care about dressing well or shaving because he didn’t expect to be around for much longer. Talk about a punch to the gut! 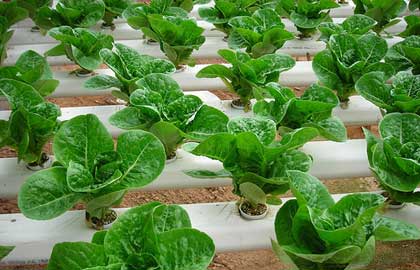 Under different circumstances I might have suspected that this was just a tall tale to distract me from my primary objective – to play a solid game and win as much money as possible. But it was obvious by his delivery and his lack of relative poker skills that this was no hustler. This was just a man who wanted to have some fun and who needed a distraction from the stinging reality that life had dealt him. It’s highly unlikely that my poker playing comrade will be reading this. But even if he doesn’t know it, he inspired today’s column.

Methylation is a process that affects critical genes that control the development and spread of lung cancer. A study just published in the journal Cancer Research reports that eating plenty of dark, green leafy vegetables and taking a multivitamin/mineral rich in carotenoids, folic acid, lutein and Vitamins A, C & K may slow down gene hyper-methylation and thereby reduce the risk of lung cancer. These findings are based on an examination of 1,101 smokers and ex-smokers. Food frequency questionnaires and sputum samples were used to determine diet, supplement use and “the methylation of eight genes commonly silenced in lung cancer and associated with risk for this disease”. The participants who ate a minimum of 12 portions of dark, green leafy veggies per month were shown to have a 17% reduced risk of gene methylation. The ingestion of 750 mcg or more of folic acid brought about a 16% decline in methylation. But the most impressive finding of all was a 43% methylation drop in those actively using a multivitamin. Another study, presented this week at the Joint Conference on Molecular Origins of Lung Cancer describes a 5.16-fold increased risk of lung cancer in a group of 510 non-smokers and smokers who did not drink any green tea. A more specific examination of current smokers demonstrated an even greater risk increase of 12.71-fold. The researchers conducting the study believe that green tea consumption may affect particular genes that predispose certain people to lung tumorigenesis. (1,2)

The recent passing of the famous actor Patrick Swayze attracted some much needed attention to the issue of one of the most lethal malignancies, pancreatic cancer. Mr. Swayze’s unfortunate demise was a stark reminder that even the most high-tech, conventional interventions are often inadequate. However, there is some preliminary promise in this arena coming from the field of integrative oncology. The intravenous combination of a natural antioxidant (alpha lipoic acid) and a low-dose form of an anti-addiction medication (Naltrexone) may offer new hope in advanced cases of pancreatic cancer. Three unique case reports on patients with metastatic (spreading) pancreatic cancer found unexpected remissions and survival rates. In one instance, a man whose cancer had spread to his liver was “alive and well” after 39 months. Two other patients were determined as being free of detectable tumors as assessed by a PET scan after 4 and 5 months of this combination treatment. Several modes of action are described by the supervising researchers who presented this information. They include: the promotion of apoptosis (cancer cell death), a reduction in oxidative stress, the regulation of genetic activity via NF(k)B and stimulation of the immune system. (3,4,5)

Soy and Vitamin D May Protect Against Colorectal Cancer

A new meta-analysis investigated the role of soy food consumption in the prevalence of colorectal cancer. An insignificant reduction in risk was noted when researchers looked for a generalized link between high soy intake and colorectal cancer incidence. However when the United States Department of Agricultural scientists examined the study population by gender, they determined that women alone exhibited a statistically relevant decline in colorectal cancer of 21%. Both genders can rejoice equally in a new report stemming from the Cancer Research Center at the University of Hawaii. An inquiry into the Vitamin D status of a multi-ethnic group of 663 men and women with and without colorectal cancer determined that those with the highest levels of D experienced up to 46% reduced risk or colorectal cancer. (6,7)

Two recent German trials provide additional evidence for the protective role of cruciferous vegetables such as bok choy, broccoli, brussels sprouts, collard greens, cauliflower and kale in men at risk for prostate cancer. A class of phytochemicals found in said vegetables known as glucosinolates were measured as a way determining dietary consumption in a population of 11,405 men. The average follow-up time for this study was 9.4 years. During that period 328 cases of prostate cancer were diagnosed. Men who were in the top 1/4 in terms of glucosinolate consumption were 32% less likely to develop prostate cancer. There also appeared to be a connection between cruciferous vegetable intake and the severity of the malignancies as categorized by localized tumors and “low-grade cancers”. Further analysis in a separate population of 740 men also found a 28% reduced PC risk in those eating higher quantities of cruciferae. A proposed mechanism for this preventive effect may involve an interaction between glucosinolates and “the induction of biotransformation enzymes” which aid in the “elimination of carcinogens from the body”. (8,9)

Prevention is obviously the desired course of action with regard to any cancer. However the unfortunate reality is that malignancies are likely to be a part of modern health care for many years to come. One of the most arduous aspects of dealing with cancer is the treatment itself. Chemotherapeutic drugs can assist in killing cancer cells but can also takes a serious toll on the host of the malignancy. The good news is that there may be a few natural ways to minimize the hardship involved in conventional cancer care. The Mayo Clinic recently completed a study that found that adding 1,000 – 2,000 mg of American ginseng (Panax quinquefolis) into the daily routine of cancer patients safely improved energy/vitality levels and resulted in no toxicity. Researchers at the Department of Internal Medicine at the University of Kansas have also reported that supplementing with high-dosages of Vitamin D (50,000 IUs per week) is a safe way to improve Vitamin D status and reduce disability and joint pain in women receiving pharmaceutical breast cancer treatment (aromatase inhibitors). However it’s important to note that both of these findings are considered preliminary in nature and warrant further study. Any changes to a cancer treatment protocol should only be made in concert with a knowledgeable health professional. (10,11)

I was posed with a dilemma that night at the card table. Should I try to intervene and offer some healthful suggestions to the poker player with terminal cancer? I thought about giving him my business card that includes this website’s address and my e-mail. I went over in my mind what I’d like to say and exactly how to say it. But ultimately I decided against it. A kind lady sitting between us attempted to offer some emotional and spiritual support to this gentleman first. It was obvious to me that this exchange made him feel uncomfortable. He was there to forget, if only for a short while. It just didn’t feel right to take that away from him. That was yet another lesson that Texas Hold ’em has taught me: pick and choose your battles carefully.

Update: November 2010 – Two new studies appearing in the October 2010 edition of the journal Nutrition and Cancer reveal that the addition of soy phystoestrogens to conventional chemotherapy and radiation therapy may reduce adverse reactions in children and adults undergoing cancer treatment. In the trial involving pediatric cancer patients, the addition of a “soy isoflavone mixture containing 8 mg of genistein” resulted in fewer side effects (diarrhea, infections, mucositis, myelosuppression and pain severity). A separate 6 month study in 42 men with prostate cancer utilized a higher dosage of 200 mg/day of soy isoflavones vs. a placebo in combination with radiation. Measurements taken at the 3 and 6 month mark of the investigation determined that the soy-treated men exhibited better erectile function, less (urinary) urgency and a lower likelihood of urinary incontinence. Other benefits noted included “less dripping/leakage of urine”, “less pain with bowel movements” and “less rectal cramping/diarrhea”. The conclusion of the study, as reported by researchers from Wayne State University in Detroit, Michigan, states that “soy isoflavones taken in conjunction with radiation therapy could reduce the urinary, intestinal, and sexual adverse effects in patients with prostate cancer”. (12,13)