The word “detoxification” is frequently mentioned in holistic circles. Perhaps the most important organ involved in this process is the liver. Without it, the body could not handle exposure to alcohol, environmental contaminants, junk food and even medications. The liver is responsible for promoting healthy blood (via the production of albumin and clotting factors) and combats fatigue by storing fat as an source of energy. Furthermore, it also aids in the absorption of life promoting nutrients such as CoQ10, Vitamins A, D, E and K. Simply put, without a properly functioning liver, one cannot live a vigorous life. 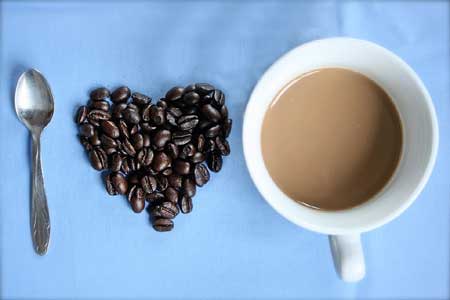 An herb known as milk thistle (Silybum marianum) is probably the best known natural remedy that supports healthy liver function. It has garnered this reputation with good reason. But there are some other lesser known ways to protect the liver as well. (1,2,3)

A new study appearing in the journal Hepatology examined a proposed link between coffee consumption and hepatitis C outcomes. 766 Hep C patients were medically evaluated every 3 months for almost 4 years. During that time, they reported their average coffee and tea intake. Researchers found a dose dependent protective effect afforded by regular coffee use. The relative risk of disease progression was 30% lower in those drinking 1-3 cups of coffee per day and 53% lower in participants drinking 3 or more cups daily. An interesting side note is that black and green tea did not appear to confer the same benefit. Prior population studies appear to support the superiority of coffee vs. tea in this particular circumstance. The exact mechanism by which coffee imparts this protective effect isn’t clear at this time. However, some scientists suspect that certain phytochemicals in coffee (cafestol, diterpenes and kahweol) may block the damaging effects of toxins on this vital organ. (4,5,6)

Coenzyme Q10 is a vitamin-like substance produced by the body that plays an integral role in maintaining a healthy cardiovascular system and supporting cellular energy. The liver is one of the richest sources of CoQ10. Perhaps this is why a recent study presented in the journal Biochemical Pharmacology points to its application in protecting against liver damage caused by a poor diet.

The researchers reported that the junk food mice ate more, gained weight and demonstrated elevated blood sugar and “impaired glucose tolerance”. There was also a significant increase in inflammation and oxidative stress – particularly with regard to liver metabolism. On the other hand, CoQ10 supplementation countered some of these ill effects by decreasing liver inflammation and stress markers via altered gene expression in the liver. This is not the first mention of a hepatoprotective effect of CoQ10 in the medical literature. Other trials have concluded that this coenzyme may combat symptoms of cirrhosis and even mitigate the harmful effects of certain medications on the liver. (7,8,9)

Krill oil is a valuable source of omega-3 fatty acids, phospholipids and a potent antioxidant known as astaxanthin, a carotenoid that gives wild salmon its distinctive pink color. The October 2009 edition of the Journal of Agricultural Food Chemistry points to a relatively new method for shielding the heart and liver against dietary insults. Much like the previous study using CoQ10, the mice in this experiment were fed two different types of diet: 1) a “standard feed” that was used for comparison purposes; and 2) a heavily processed feed that was intended to tax the cardiovascular system and liver. The researchers then added krill oil to the chow of some of the lab animals that were fed the unhealthy diet.

It’s also interesting to note that krill oil provoked an increase in adiponectin levels. This is a substance released by fat cells that helps to regulate lipids (cholesterol and triglycerides) and promotes insulin sensitivity. Higher levels of this hormone are connected to improved cardiovascular health and a reduced risk of diabetes. In general, marine-based omega-3 fats have been shown to support hepatic health. But krill oil appears to be more effective than fish oil in this regard. However, this conclusion needs to be interpreted with caution because it’s based on a very limited number of studies. (10,11,12)

The single best way to support the liver is to avoid harming it in the first place. We all understand that abusing alcohol and drugs can ruin virtually any organ or system in the body. But not everyone is aware of the damage caused by consuming excessive carbohydrates on a regular basis. Even moderate amounts of carbs in the form of added sweeteners can lead to harmful shifts in lipid profiles and liver health markers. This is according to a new study conducted at the VA Puget Sound Health Care System in Seattle, Washington. The worst sweeteners appear to be the fructose based variety – agave nectar, crystalline fructose and high fructose corn syrup. A recent review in the Journal of Nutritional Biochemistry again points to fructose as a primary culprit in the development of nonalcoholic fatty liver disease. On the flip side of the coin, the October 2009 issue of the American Journal of Clinical Nutrition explains that higher protein intake may actually lower fatty deposits in the liver – via increased bile acid production. (13,14,15)

There may never be a drug, food or supplement that allows us to eat and live recklessly without suffering the consequences. However, I am a realist and do understand that most people don’t always eat and exercise as they should. Coffee, CoQ10 and krill oil may help overcome genetic weaknesses or the occasional dietary indulgence. But ultimately it’s important to remember that “supplements are meant to supplement an otherwise healthy lifestyle”. When used in that fashion, they can often be the body’s best friend.

Update: November 2010: An analysis in the September 2010 issue of the journal Digestive Diseases and Sciences determined that as many as 92% of patients with chronic liver disease are deficient in Vitamin D. A lack of D or cholecalciferol is most commonly associated with poor bone density. However, new evidence details a much more direct role for this nutrient in the management of the liver disease hepatitis C. A recent Italian trial evaluated the connection between Vitamin D concentrations and the response rate to conventional treatment of recurrent hepatitis C (RHC). A total of 42 patients with RHC took part in the 48 week examination. Fifteen of the study volunteers were given supplemental Vitamin D in order to address an overt deficiency and prevent further bone loss. In this subset of participants, 13 responded well to treatment by exhibiting “sustained viral response”. This compared favorably to the remainder of the non-supplemented participants: only 1 in 10 patients with severe Vitamin D deficiency (</= 10 ng/ml) responded to treatment; 6 in 20 of the D deficient (>10 to </20 ng/ml) volunteers were successfully treated; and 6/12 “near normal” patients (>20 ng/ml) demonstrated sustained viral response. The conclusion of the study states that “Vitamin D deficiency predicts an unfavorable response to antiviral treatment of RHC. Vitamin D supplementation improves the probability of achieving a SVR following antiviral treatment”. This suggests that anyone concerned about or living with a liver condition would do well to monitor 25-OH Vitamin D serum levels. (16,17,18)