Fall is now officially upon us and the days are becoming shorter with hours of light now replaced with greater stretches of darkness. For some, this change of seasons is a time to rejoice. Many find beauty in the coral, crimson and golden colors adorning trees and relief from the sweltering heat of summer. However, others experience the crisp temperatures and dimmer lighting in a profoundly unsettling way. A form of depression known as seasonal affective disorder (SAD) is a very real phenomenon associated with a relative lack of sunshine. Other mental health conditions such as eating disorders can also be adversely affected by sparse bright light. 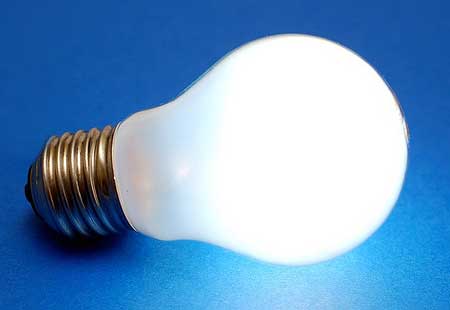 Bright light therapy or phototherapy is a treatment modality which exposes individuals to a full spectrum light source in an attempt to positively affect brain chemicals which are implicated in low mood states. The intensity of the lighting and the duration of the sessions vary according to the condition being treated and the equipment used. Light boxes emitting 10,000 lux often require half hour daily exposure. Whereas 2,500 lux light boxes may necessitate up to a two-hour time commitment. As a side note, it’s important to understand that bright light therapy can easily fit into your daily routine. For instance, you can set up a light box next to your home office and bask while reading a book or responding to email. (1)

The term “eating disorder” often conjures graphic images which are typically pejorative in nature. Since only a small fraction of the population is technically living with an eating disorder, I feel it’s important to define it. For the purpose of today’s column, an eating disorder represents any condition which is characterized by out-of-control behavior in relation to food – from anorexia nervosa to overeating. Based on my definition, chances are that you or someone close to you is dealing with this very type of situation to some degree or another.

The two eating disorders that have garnered the most attention over the last several decades are anorexia nervosa and bulimia nervosa. In the most general terms, the former involves various manifestations of restrictive eating and weight manipulation which can ultimately lead to severe health consequences and starvation. The latter is frequently marked by a pattern of food denial alternating with binging and destructive weight control measures (excessive exercise, laxative abuse, purging).

Both anorexia and bulimia appear to respond to bright light therapy. Researchers believe that strategically applying bright light in those with eating disorders may help normalize the circadian rhythm and, thereby, improve mood and pathological eating patterns influenced by this sleep-wake cycle. This theory is bolstered by successful case studies involving light therapy in patients with atypical eating disorders that tend to worsen during the winter months. (2,3)

A new paper appearing in the November 2010 issue of the Journal of Affective Disorders reports that 6 weeks worth of bright light therapy significantly improved depression scores in young women with anorexia nervosa. A total of 24 participants were randomized to receive one of two treatments: a) cognitive behavioral therapy or; b) cognitive behavioral therapy + bright light therapy. Improvements in body weight were evidenced in both groups. However, the young women receiving both therapies demonstrated increases in body weight earlier than the cognitive behavioral therapy only group. This current study is supported by a previous “pilot” trial which found that as little as five 30 minute sessions of bright light therapy (using a 10,000 lux lamp) resulted in “a slight improvement on core eating pathology, a fair decrease of depressive symptoms and a clinically important improvement on global distress”. (4,5)

Some research indicates that bulimic symptoms peak during the fall and winter months. Thus far, two studies have been conducted to evaluate the relative efficacy of light therapy in bulimic patients. In the latest trial, bright light (2,500 lux) was deemed more effective than a placebo (dim light < 500 lux) in terms of improving depressed mood in a group of 47 bulimic adults. A separate crossover study involving 18 bulimic women used a brighter light box (10,000 lux for 30 minutes/day) over a two week period in comparison to dim red light exposure (500 lux for 30 minutes/day). According to researchers from the Department of Psychiatry at the University of British Columbia, “the bright light condition was superior to the dim red light condition for all mood and eating outcome measures”. A special notation in the paper explains that the those with “seasonal” bulimia were more likely to respond to bright light therapy than those with “nonseasonal” bulimia. (6,7,8)

Night eating syndrome (NES) is characterized by overeating in the evening and night time. It is believed to be a widespread contributing factor in the current obesity epidemic. Researchers from the University of Pennsylvania School of Medicine have uncovered a link between “a delayed circadian pattern of food intake” in these patients while still maintaining a normal sleep-wake cycle. In physiological terms, men and women with NES demonstrate abnormal levels and release of various hormones related to hunger and weight including cortisol, ghrelin, insulin and leptin. Studies have yet been conducted to establish whether bright light therapy can help reset the unnatural eating pattern and accompanying biological response to food in those with NES. Such studies are currently being urged by experts in the field. In the meantime, I’ve discovered a few tantalizing clues that may fill in some of the missing pieces to this puzzle: 1) a Japanese study from 2003 explains that a lack of bright light during the day can impair the digestion of the evening meal; 2) the current issue of the Nutrition Journal features a study that reveals that eating nutrient dense foods can reduce levels of “toxic hunger” more efficiently than unhealthy foods that contain more calories. If you put these two details together, one could hypothesize that NES may be exacerbated by the poor absorption of nutrients at dinner which may then lead to overeating to compensate for the lack of nutrition. Assuming this is accurate, the solution may be as simple as using bright light therapy and emphasizing a whole food diet. (9,10,11)

If some of you still feel left out by the previously mentioned content, take heart. The medical literature also contains several studies that indicate that bright light therapy may be a good adjunct to conventional weight loss techniques. This, of course, depends on your natural exposure to bright light in the first place. So if by chance you don’t get out in the sunshine very often, know this: the combination of bright light treatment and exercise has been shown to improve body composition and health via a reduction in visceral fat beyond what is expected using exercise alone. Phototherapy may also curtail carbohydrate cravings by positively modulating the melatonin-serotonin system. This is yet another reason to consider this non-invasive and non-pharmaceutical option to support both body and mind. (12,13,14)