I’ll be away on a business trip for the next couple weeks. I have some consulting work and research to conduct in Europe. While away, I plan to continue to post new content. However, you’ll notice a difference in the length of my road trip material. Some of my upcoming columns will be abbreviated because of my hectic itinerary and time constraints. But, when I return home, I hope to have some interesting anecdotes and information to share with you about my time abroad. 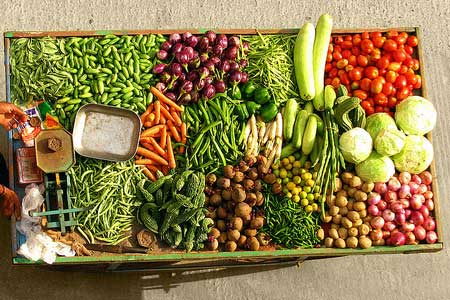 Venous thromboembolism or VTE is a disease that is characterized by potentially life threatening blood clots. According to the world renowned Cleveland Clinic, VTE is “the third most common cardiovascular illness after acute coronary syndrome and stroke”. Fortunately, new research from the Department of Medicine in Thailand suggests that modifying one’s diet can dramatically reduce the risk of suffering from venous thromboembolism. An examination of the eating habits of middle-aged Thai men and women revealed that those who consumed significantly less fish, spicy food and vegetables were almost four times more likely to experience a VTE. Being obese, overweight and using estrogen replacement therapy also increased the risk of VTE substantially. The conclusion of the research states that “Low vegetable intake, hormonal use and high BMI (body mass index) are risk factors for noncancer-related VTE”. (1,2)

A recent review in the journal Theoretical Biology and Medical Modeling suggests that vegetable-rich diets including Mediterranean, vegan and vegetarian menu plans may be best suited for intervention trials that aim to reduce the occurrence of VTE. Surprisingly, the summary specifically discourages the use of “step 1” and “step 2” diets that are recommended by the American Heart Association (AHA). The authors note that “There is no evidence that the AHA step 1 or step 2 diets would reduce VTE risk any more than overall cardiovascular risk, so they would not be good low VTE risk diet candidates”. Based on the evidence presented in the previously mentioned publications, it would appear that a diet rich in omega-3 fatty acids (found in fish and fish oil) and (non-starchy) vegetables would be wise selections for anyone concerned about venous thromboembolism. While you’re at it, adding a little extra spice to your seafood and veggies may also tip the odds in your favor. (3)