Today I’m proud to present the conclusion of my interview with Dr. Barry Sears. After I posted the initial segment of the Q&A, I received some comments and emails inquiring about my opinion of the data and theories that Dr. Sears presented. I’m always happy to offer my perspective even when it differs from the views of my guests. I firmly believe that agreement is less important than an open and respectful exchange of ideas. That’s precisely the type of environment I hope to foster here. The one constant that I can promise you is that I’ll only present information from experts that I think have something valuable to share. By all accounts, Dr. Sears has contributed a great deal of insight and research to what’s currently known about the role that hormones and inflammation play in diabetes, obesity and beyond. You and I may not decide to adopt every recommendation he makes. But I for one will seriously consider what he has to say and incorporate his suggestions when they seem applicable to my goals. 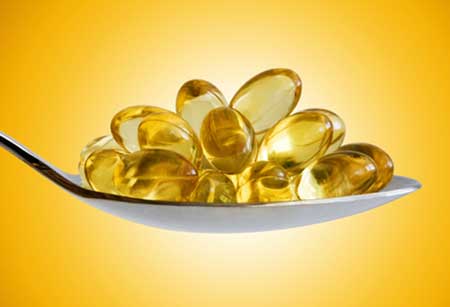 JP – It seems to me that you’re fascinated with the potential of fish oil. What prompted your interest in omega-3 research? Are there any emerging trends in this arena that you’re particularly excited about?

Dr. Barry Sears – The concept of the Zone Diet grew out of my interest in controlling cellular inflammation. The overall goal of the Zone Diet is the reduction of arachidonic acid, the driving force for the production of inflammatory hormones known as eicosanoids. High-dose fish oil can also reduce arachidonic acid formation as well as dilute out any excess arachidonic acid. I described this in my 2002 book The OmegaRx Zone, the clinical research since that time has only validated my original thoughts that were formulated in 1982 after the Nobel Prize in Medicine was awarded for understanding the importance of eicosanoids in chronic disease development.

JP – You’ve been involved in two recent studies that evaluated the effects of fish oil under very different circumstances: in children with ADHD (attention deficit hyperactivity disorder) and in an animal model of stroke. Can you briefly describe your findings? (1,2)

Dr. Barry Sears – Both conditions can be characterized as different manifestations of neuro-inflammation. The omega-3 fatty acids have the ability to quickly pass through the brain-brain-barrier to reduce such neuro-inflammation in the brain.

JP – There are many controversies in modern nutrition. Can you please offer us a one sentence opinion about the following dietary components?

Dr. Barry Sears – a) Artificial Sweeteners: Little need for these since they can fool the pancreas in releasing insulin that drives down blood sugar levels that increase hunger at the next meal; b) Coffee: A short-term stimulant that causes longer-term insulin release. Coffee is the primary source of polyphenols for Americans; c) Dairy Products: Many people have chronic or subchronic allergenic reactions to lactose or dairy protein. They are best used in moderation by everyone.; d) Red Wine: Alcohol extracts out grape polyphenols very effectively. Polyphenols are great anti-oxidants. There is no redeeming benefits for alcohol; e) Saturated Fat: Can cause cellular inflammation by activating ancient parts of our immune system. Should be kept to a minimum; f) Soy Foods: Contain many anti-nutrients and isoflavones can inhibit thyroid action by binding to its receptors; g) Whole Grains: These contain polyphenols, but in much lower amounts than fruits or vegetables. For the amount of polyphenols obtained, the excess carbohydrate consumption is not worth it hormonally.

JP – What is your global opinion about nutritional supplements? Are there specific supplements that seem more promising than others based on your research?

Dr. Barry Sears – On a scale of one to ten of controlling cellular inflammation, I give vitamins and minerals a one, vitamin D a two, isolated polyphenols a five and high purity fish oil a 12.

Dr. Barry Sears – Since virtually every chronic disease has a strong inflammatory component, I would say every one. 21st century medicine will, in my opinion, be centered on the reduction of cellular inflammation and food remains the most powerful drug to do so.

JP – The current issue of the Journal of Obesity contains a paper which you co-authored entitled, “Anti-Inflammatory Nutrition as a Pharmacological Approach to Treat Obesity”. In it, you describe a term known as “The Perfect Nutritional Storm”. You postulate that this harmful eating style is largely responsible for the current obesity epidemic. In practical terms, how can the average person avoid falling into this trap? (3)

Dr. Barry Sears – First try to radically reduce the intake of omega-6 fats in the diet. If you see the words polyunsaturated fat then you know it is rich in omega-6 fatty acids. These are the cheapest forms of calories and are found in virtually every processed food. Second, add extra omega-3 fats to your diet. Finally, follow the Zone Diet to reduce insulin levels that, when combined with omega-6 fatty acids, causes an increase in cellular inflammation. It’s a life-long effort, but it is worth it.

JP – One of your latest creations is a line of dietetic foods (Zone1-2-3) which adhere to your nutritional philosophy. Something that sets them apart from similar products is that they’re prepared using a “molecular baking” process. Can you tell us more about your new food line and how it differs from other weight-conscious products?

Dr. Barry Sears – The patented baking technology that makes Zone Foods possible extends the lifetime of both protein and the carbohydrate. This reduces the glycemic load (thus lowering insulin levels) and increases the likelihood of protein interacting with cells deeper in the digestive tract to release hormones that increase satiety. If you aren’t hungry, then cutting back calories is a lot easier. This is the best way to lose weight and also to live longer and better. These products are based on hormonal control as opposed to calorie control.

JP – Can you give an example of a typical breakfast, lunch and dinner that you might eat? Do you tend to eat a similar set of foods on a daily basis or are your dietary choices quite diverse?

JP – If money were no object, what type of study would you most like to conduct next? What would it cost to make this dream trial a reality?

Dr. Barry Sears – Comparison of the Zone Diet using the new Zone Foods, high-purity fish oil and polyphenols against the top selling drug in diabetes, heart disease, and neurological disorders with winner take all. It might take several years and perhaps $10 M, but it would change the practice of medicine completely.

I find that looking for similarities in popular diets is sometimes more useful than identifying differences among them. To my mind, Dr. Sears’ personal application of his Zone philosophy is quite similar to some versions of the Atkins, Mediterranean and Paleolithic diets. I think the healthiest variations of these eating plans all emphasize a whole food based diet that contains moderate amounts of protein and restricted quantities of high glycemic carbohydrates. Those are two major points of agreement that ought not be overlooked. There’s also a commonality in that these menu plans generally attempt to balance the ratio of omega-3 to omega-6 fatty acids. This too could go a long way towards improving the quality of the current nutritional landscape worldwide. Food for thought courtesy of Dr. Barry Sears.