Many health experts ranging from Dr. Loren Cordain (The Paleo Diet) to Dr. Barry Sears (The Zone Diet) recommend choosing foods that help balance ratio of omega-3 to omega-6 fatty acids. The primary motivation for doing so is a documented anti-inflammatory shift that takes place when n-3 fats including ALA, DHA and EPA account for a larger proportion of your total calories. The most direct way to achieve this end is to consume more fish and/or supplement with algae, fish or krill oil. But modern science has recently revealed a lesser known means of supporting a healthier omega-3 status – the use of antioxidant pigments such as those found in berries and red wine. 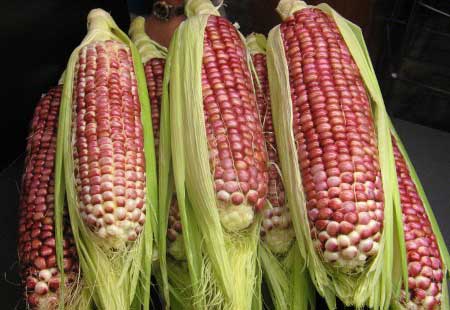 Before I delve into the issue of antioxidants and omega-3 fats, I’d first like to establish the viability of augmenting n-3/n-6 ratios. Earlier this year, researchers from Ohio State University performed a randomized, placebo controlled study involving thirty young adults. All of the participants had their n-3/n-6 ratios measured at the beginning and completion of the trial. Over the course of 4 weeks, half of the participants were given fish oil supplements containing 1.2 g/day of DHA and 1.6 g/day of EPA. The remainder of the study volunteers were given an equivalent amount of mineral oil. The n-3/n-6 ratio at the start of the experiment was comparable. By the end of the intervention, those consuming the fish oil displayed a significantly lower ratio (6.3 vs 16.8) as compared to the mineral oil/placebo group. This finding proves that major shifts in fatty acid ratios can be achieved using reasonable and safe dosages of fish oil. (1)

Higher Fish Oil Intake May Slow Down the Aging Process

A few years ago, a groundbreaking paper appeared in the American Journal of Clinical Nutrition which discovered a link between red wine consumption and higher levels of plasma and red blood cell concentrations of omega-3 fats. At the time, the authors of the investigation theorized that polyphenols in red wine might be responsible for this compelling finding. Now, a new experiment from France offers support for this initial proposal. Rats fed an antioxidant extract from purple corn, which contains similar antioxidants as red wine (anthocyanins), proved effective in increasing blood concentrations of DHA and EPA, but not other fatty acids. The conclusion of the research states – “These studies demonstrate that the consumption of flavonoids increases plasma very long-chain (n-3) PUFA levels. These data confirm previous clinical and epidemiological studies and provide new insights into the health benefits of flavonoids”. This intriguing observation may help explain the so-called French Paradox and some of the health benefits generally assigned to Mediterranean style diets. It’s also another reason to include plenty of richly pigmented foods in your daily diet. (2,3)