On this site, I generally focus on the more positive and promising aspects of complementary and alternative medicine (CAM). But not every study that examines the merits of natural treatments yields successful results. It’s important to point this out because I don’t want any of you to put your faith in holistic practices that could be ineffective and/or unsafe. To my mind, this is perhaps the greatest threat to the natural health movement. Setting unrealistic expectations in both open-minded patients and physicians is a recipe for disaster. 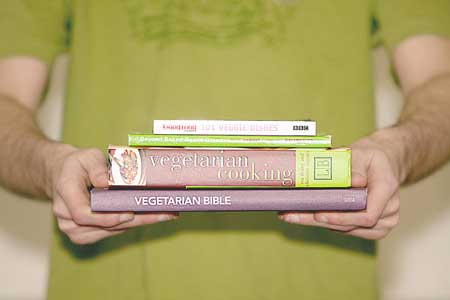 The concepts behind such practices as acupuncture or reflexology can seem rather esoteric to many health care consumers. On the other hand, herbal medicine is one of the more accessible components of CAM. It’s much easier for patients accustomed to western-style medicine to wrap their heads around the idea of replacing a synthetic medication with a natural one. In some cases, the exchange works out favorably with respect to outcome and safety. However this was not the case in a recent evaluation examining the potential of Gingko biloba extract in patients with tinnitus. The 4 month evaluation involved a total of 94 study volunteers living with this inner ear disorder. The majority was treated with a synthetic medication (simvastatin) and the remainder given 120 mg of Ginkgo biloba daily. Neither group reported a significant reduction in tinnitus scores. Previous investigations into ginkgo biloba produced mixed results. (1,2,3)

Commentary: I recently reported on another natural remedy, Pycnogenol, that appears to offer real hope for tinnitus patients. The amount of evidence supporting this patented pine bark extract for tinnitus is currently considered preliminary but promising. (4)

If you follow cultural and nutritional trends you’ve probably noticed that there’s a push to encourage more people to adopt a vegetarian or semi-vegetarian diet. The reasons vary from environmental impact to health considerations such as heart disease prevention. But should you accept the notion that eating a diet devoid of animal based products is always a good thing for your cardiovascular system? Not according to two recent studies that compared the blood work of omnivores vs. vegetarians from different parts of the world: Poland and Taiwan. The Taiwanese examination produced some surprising results. An analysis of 190 omnivores and 173 vegetarians determined that the vegetarians had higher plasma levels of C-reactive protein, HDL (“good”) cholesterol, homocysteine and triglycerides. This is exactly the opposite of what one would like to see if trying to avoid cardiovascular complications. The Polish inquiry also discovered higher levels of homocysteine and lower levels of systemic antioxidants in a group of 17 young lacto-ovo-vegetarians compared with 18 omnivores. (5,6)

Commentary: Many of the troubling findings reported in the previous studies are likely influenced by the quality of the vegetarian fare consumed by the study participants. A recent trial that scrutinized the effects of a short term, whole food, vegetarian diet (“The Daniel Fast”) actually demonstrated positive shifts in most cardiovascular risk markers – expect for HDL (“good”) choesterol. I do work with some clients who choose to live a vegan or vegetarian lifestyle. It’s possible to do so in a relatively health promoting way. But menu selection is vitally important and blood tests are needed to verify the successful implementation of such a diet. (7)

If there’s any diet out there that’s more in vogue than vegetarian diets, it certainly must be the so-called Mediterranean Diet. Regular visitors to this site undoubtedly know that I think this one of the better dietary strategies out there. I also frequently provide coverage of another traditional form of eating commonly referred to as the Paleolithic Diet. Both menu plans have a lot going for them with respect to protection from diabetes, heart disease and obesity. But part of the success of any diet is how satisfying and sustainable it is. Recently, a study compared the satiating effects of a Mediterranean Diet vs. a Paleolithic Diet. A total of 29 men with heart disease and “impaired glucose tolerance or diabetes type 2” took part in the 12 week trial. All of the participants were encouraged to eat as much as they needed to feel full. The most interesting finding of the intervention is that those eating the Paleolithic-style diet naturally consumed fewer calories daily (1,385 vs. 1,815). A significant decline (-31%) in the hunger hormone leptin may be largely responsible for this dramatic result. (8,9,10)

Commentary: Not all Mediterranean-style diets are equal. I believe the primary reason this particular version of a Med diet wasn’t as successful as the Paleolithic Diet lies directly in the differences in food groups assigned to each. The Paleo Diet allowed for “lean meat, fish, fruit, vegetables, root vegetables, eggs and nuts”. The Mediterranean diet required, “whole grains, low-fat dairy, vegetables, fruit, fish, oils and margarines”. Of the two, the Paleolithic menu is much closer to the low carbohydrate, whole food diet that I generally advocate. The results of the intervention are but one reason why I subscribe to this way of eating and frequently recommend it to my clients.