The claim: Men who eat tofu run the risk of (literally) shrinking their brains! Says who? Well, one of the leading or, at least, loudest voices in the natural health community – who shall remain nameless. It’s hard to find any component of the modern food chain that inspires quite as much debate or hyperbole as soy. Detractors claim it can cause everything from cancer to severe hormonal disorders in both men and women. On the other hand, promoters point to select evidence that suggests that soy offers many of the benefits of hormonal replacement therapy without the well documented risks. Where does the truth lie? I submit that the best possible answer is likely found in the medical literature. 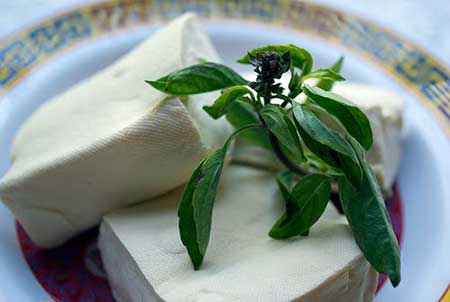 There is a tremendous amount of data available on the health effects of soy. The majority of the scientific evidence is in the form of animal and in-vitro experiments. In order to make this topic more manageable and pertinent, I’ve decided to omit that information. Everything you’ll read in today’s column is based on human data exclusively.

The kernel of this controversy can be traced back to the April 2000 edition of the Journal of the American College of Nutrition. A report issued by the National Institute of Aging examined the connection between tofu consumption and brain function and size in a group of 3,734 elderly men. The finding was that “higher midlife tofu consumption was independently associated with indicators of cognitive impairment and brain atrophy in late life”. However, these results generated concern by outside researchers who noted certain methodological issues in the study that may have influenced the findings. This led to follow-up commentary which urged that “it is premature to issue dietary recommendations about the risk of eating tofu” and “that the results should be interpreted more cautiously”. (1,2,3)

In 2008, new evidence emerged that seemed to support the conclusions of the original study from 2000. A group of 719 senior men and women were the subjects of the ’08 investigation. Memory testing and food frequency questionnaires were used to assess a potential link between soy products (tempe and tofu) and cognitive decline. Once again, tofu was linked to poorer cognitive performance. But tempe, a fermented soy food, was “independently related to better memory”. The researchers point out that both foods contain high levels of isoflavones or phytoestrogens. However, tempe also provides a meaningful quantity of folate which may be partially responsible for the noted benefits. (4)

The problem I found while investigating this issue is that several other inquiries have not come to similar conclusions. For instance, a publication in the October 2010 edition of the journal Brain Research discovered that both tempe and tofu actually improved memory recall in a group of seniors with an average age of 67. Older seniors, 80 years and up, did not exhibit the same benefit, but neither did they suffer any discernible consequences based on soy intake. (5)

Three recent trials examining the impact of soy supplements containing concentrated levels of isoflavones have similarly reported positive findings. One of the latest, presented in the January 2009 issue of Age and Ageing reveals that seniors given 100 mg/day of soy isoflavones over a 6 month period scored higher on various cognitive tests than those receiving a placebo. Another publication from that same year determined that supplementing with 116 mg of soy isoflavones daily for 12 weeks resulted in “enhanced cognitive processes which appear dependent on estrogen activation”. It’s important to note that compatible findings have been reported in trials involving older and younger men. (6,7,8)

The so-called “soy brain threat” is far from being an issue that is resolved in the minds of many nutritional experts. It’s clear to me that a blanket statement about the harmful effects of soy on the male brain cannot be confidently made at this time. However there’s certainly reason for pause with respect to regular tofu consumption in men. More research in that arena is called for, to be sure. If there is, in fact, something neurotoxic in soy curd, we need to identify exactly what it is. It doesn’t appear to be the phytoestrogens contained therein. So where does this leave us? Generally speaking, I think soy foods should be eaten sparingly. The fermented varieties (miso, natto, soy yogurt, tempe) are probably better options from a digestive perspective and possibly beyond. Likewise, soy supplements ought only be used if there’s a good reason to do so – in select cases of hot flashes, prostate disease, etc. This isn’t just a more balanced point of view than most, but it’s also what I do in my own diet and recommend to my clients. (9,10,11,12,13)