One of my favorite Christmas gifts this year came in the form of an article that my wife sent me via e-mail. The piece, “A Reversal on Carbs”, was written by Marnia Jameson and appeared in December 20th online edition of the Los Angeles Times. It features the voices of many of the leading nutritional scientists the world over. The general thrust of the publication is best summarized by Dr. Walter Willet, the chairman of the department of nutrition at the Harvard School of Public Health. He emphatically states that, “If Americans could eliminate sugary beverages, potatoes, white bread, pasta, white rice and sugar snacks, we would wipe out almost all of the problems we have with weight and diabetes and other metabolic diseases”. I would’ve added a few additional foods to that list, but otherwise I agree wholeheartedly. (1) 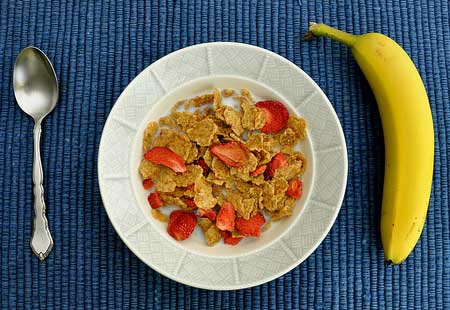 Anyone who regularly reads my columns knows that I frequently criticize foods and food products that contain high glycemic and/or refined carbohydrates. What’s more, many of you already know that I’ve lost over 90 lbs primarily by restricting my overall carbohydrate intake. But you may not be aware of the physiological underpinnings behind my general recommendation to follow suit. Here’s a brief overview of the importance of moderating carbohydrate consumption:

In the body, carbohydrates are converted into blood sugar. Certain carbs such as those rich in starches (grains, potatoes) and sugar (candy, fruit juice) lead to quicker and more dramatic elevations in blood glucose. In order to deal with this rapid rise in blood sugar, the pancreas must release insulin in order to transport sugar from the blood into cells to provide a form of stored energy known as glycogen.

The problem is that the human body isn’t well adapted to handle the estimated 250 to 300 grams of carbohydrates that are commonly consumed in the modern diet. Over time, our cells become tired of trying to keep up with this unnatural burden. This leads to a dangerous situation referred to as insulin resistance. In essence, the insulin the body produces becomes less effective. Then the pancreas attempts to compensate for this abnormality by producing excessive amounts of insulin.

The result of this destructive cycle is typically diabetes, obesity and several risk factors pertaining to heart disease known collectively as metabolic syndrome. The specific threats involved include abdominal obesity, high blood pressure and blood sugar, high triglycerides and low HDL (“good”) cholesterol. It is estimated that approximately 25% of the US population has at least three of these symptoms – the benchmark for establishing metabolic syndrome.

That’s the bad news. The good news is that a large body of research indicates that making modest changes in your diet can help reverse the danger that a high carbohydrate diet presents. Several recent studies attest to the safety and value of making this very shift. For instance, the latest issue of the British Journal of Nutrition reports that an egg-rich, high protein/high cholesterol diet improved antioxidant levels, blood sugar control and cardiovascular risk factors in a group with type 2 diabetes and impaired glucose tolerance. Another trial using a very low carbohydrate (ketogenic) diet found that this dietary intervention improved memory performance and reduced waist circumference and weight in a group of 23 older adults with mild cognitive impairment. The authors noted that chronic inflammation, high insulin (hyperinsulinemia) and problems relating to energy metabolism are frequently present in those most at risk for Alzhmeimer’s disease and other neurocognitive diseases. Ketogenic diets are documented as addressing all of these issues and more. (2,3)

The question I’m most often asked in reference to carbohydrate restricted diets is: Are they really safe? The answer in most instances is ‘yes’. This point of view is increasingly shared by clinicians, as evidenced by the growing number of studies utilizing lower carbohydrate diets in vulnerable populations including pregnant women and young children. The general consensus is that higher protein diets that emphasize low sugar source carbohydrates tend to protect against obesity and the health concerns that accompany the current epidemic of overweight. I’m convinced that this is the trend of the future. If you haven’t already done so, I strongly suggest that you take a look at the number and type of carbs in your own diet. If you’re like most people, you’d do well to reduce the number of total carbohydrates and replace some of them with healthy sources of fat, fiber, low glycemic fruits, non-starchy vegetables and protein. (4,5,6)