Some people like to play board games, watch sporting events or knit in their spare time. Me? I like to browse around the Centers for Disease Control and Prevention web site. I sometimes search around there for statistics that help shape the content that ends up here. The other day I found a few interesting facts and figures. I already knew that heart disease is the “leading cause of death for both women and men in the United States”. But I was still stunned by a few other statistics. In 2005, 7.6 million people’s lives ended prematurely due to coronary heart disease. In 2003, almost 40% of adults exhibited two or more of six risk factors for heart disease and stroke (diabetes, high blood pressure, high cholesterol, obesity, physical inactivity and smoking). These figures have probably only gotten worse in the time since they were compiled. This is evidenced by the most recent figure available: “In 2009, heart disease is projected to cost more than $304 billion dollars, including health care services, medications and lost productivity.” 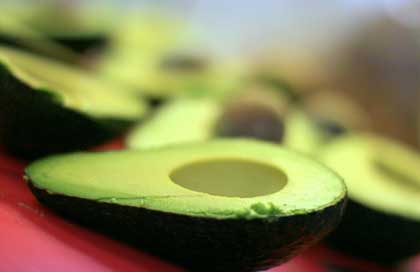 Several months ago I wrote a column highlighting recent evidence that a high fiber diet can help protect against a variety of cancers. Today I’ll focus on the role that this dietary component can play in helping to reduce the risk of developing cardiovascular disease and all of its related complications.

In July 2010, a study appeared in the Journal of Epidemiological Community Health. 772 volunteers who were at high risk for cardiovascular disease participated in this trial. They were all assigned either a low fat diet or one of two “Mediterranean style diets” for a 3 month period. Dietary questionnaires were administered to determine nutrient intake and blood tests were taken pre and post trial.

The authors of the trial concluded that, “increasing dietary fiber intake with natural foods is associated with reductions in classical and novel cardiovascular risk factors in a high-risk cohort”. (1)

Another recent study presented in the European Journal of Clinical Nutrition determined that eating foods rich in any kind of fiber (insoluble, soluble or total fiber) may result in a reduced likelihood of stroke by up to 36%. These findings are based on a population study of over 26,000 Finnish male smokers with ages ranging from 50 – 69. This is, again, considered a high-risk group that apparently was afforded potentially life saving support via adequate to optimal fiber consumption. (2)

If dietary fiber does, in fact, protect from cardiovascular disease, then there must be a mechanism behind its ability to do so. Here are some of the proposed ways that roughage may shield against heart disease and strokes. 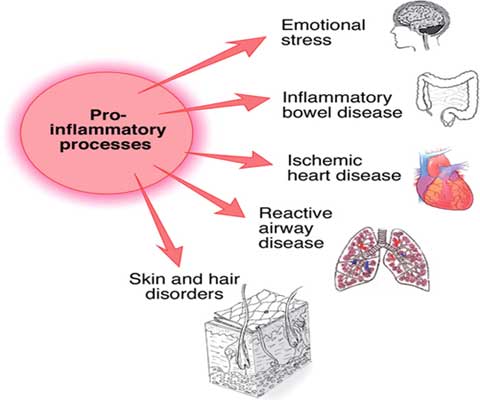 There are likely to be other factors involved in the fiber-heart connection. For instance, it was recently noted that high fiber diets were inversely related to an unhealthy thickening of the arteries or carotid intima-media thickness. One theory why is that dietary roughage appears to help regulate calcium levels in the body. Calcium build up in the arteries is now believed to be a major factor in the progression of cardiovascular disease. Those who do not have significant calcium accumulation in the circulatory system appear to be at very low risk of having a heart attack or stroke. (25,26,27,28,29)

The statistics at the beginning of this column are certainly cause for alarm. Heart disease is, in fact, a real threat to worldwide wellness. But what’s also true is that most of the risk factors for cardiovascular disease seem to be modifiable. Thankfully, many of these necessary changes are available to us all. They don’t require a doctor’s prescription pad or a high tech hospital to proceed. But as with all things in life, there are trade-offs. Changing diet and living a protective lifestyle requires a conscious effort. I hope the evidence presented today will provide you with the necessary incentive to make that effort and reap the rewards that I believe it will bring. (30)

Update: December 2010 – The positive news about dietary fiber and cardiovascular disease continues its forward march. New research presented in three separate medical journals helps to bolster the case for including more roughage in your diet in relation to heart health. The December issue of Applied Physiology, Nutrition and Metabolism describes how the addition of soluble fiber to fruit juice can lead to meaningful changes in body fat percentage, body weight and waist circumference in obese individuals. The supplemental fiber appears to accomplish this feat by improving glucose metabolism. As a bonus, the added fiber also resulted in a reduction in LDL (“bad”) cholesterol and triglycerides and a welcome elevation in HDL (“good”) cholesterol. Two other publications in the journals Magnesium Research and Nutrition offer up an indirect pathway by which dietary fiber may improve cardiovascular wellness: by simultaneously increasing magnesium intake. Recent findings indicate that choosing foods that are rich in fiber also tends to elevate dietary exposure to heart-friendly minerals including magnesium. A large body of evidence suggests that a lack of this essential mineral can lead to chronic inflammation which can damage the heart. (31,32,33)


7 Comments & Updates to “Best of Dietary Fiber and Heart Disease”