Best of Quit Smoking for Good

According to recent figures released by the US Centers for Disease Control and Prevention approximately $200 million dollars are wasted each year in health care costs and loss of productivity due to smoking. The World Health Organization estimates that by 2030, smoking related deaths will reach the 8 million mark annually. These figures may be shocking to some. But by now, almost everyone is aware of the health hazards associated with cigarettes. Still, the fact remains that many people continue to engage in this self destructive habit. The harsh truth is that once you get hooked on nicotine, it’s not so easy to break free. But, there are some holistic practices that may assist those who are ready to quit to find some much needed support. 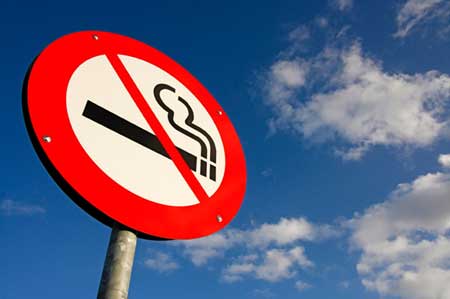 There are obviously many reasons why an individual begins and continues to smoke. It’s pretty well established in the medical literature that cigarettes are frequently used to manage chronic anxiety, clinical depression and ordinary stress. Therefore, scientists frequently look to mind-body techniques, natural anti-depressants and prescriptive medications that tend to target these feelings and the biological chemicals that control them. (1,2,3)

One of the most widely used naturopathic substances for psychological conditions is Saint John’s Wort (SJW) extract. In recent years there have been several scientific inquiries into the potential application of SJW in helping smokers break the habit. First, the more promising findings:

Unfortunately, other research has demonstrated less impressive results. Because the following experiments were conducted on human subjects, in a more controlled manner, they hold more weight from a scientific standpoint.

A study released in June 2009 examined the impact of 900 mg of SJW extract and 400 mcg of chromium (a trace mineral often used to manage blood sugar and weight) or a placebo in 143 patients. All of the participants received treatment two weeks prior to their proposed “quit day” and continued taking said treatments for 14 additional weeks. Those on SJW did not fair any better than those using the placebo. However, there was a trend toward less weight gain in the chromium users. Another human trial from 2006 failed to find a benefit in 28 smokers receiving a lower dosage of SJW (300 mg – 600 mg). (8,9)

There will likely be more research on the potential of Hypericum perforatum (SJW) in the years to come. Some scientists still believe that under the right circumstances, it may yield benefits to those looking to overcome nicotine addiction. But since the current state of evidence is inconsistent at best, here’s a brief review of several other natural options that appear to offer real hope. (10)

The most important point that I want to get across is that there really is support out there for anyone who wants to stop smoking. If the modalities that I’ve described above are not appealing to you, other options are available. For instance, certain forms of acupuncture and guided imagery appear to hold great promise in this arena. (19,20,21,22)

Ultimately, it’s vital that you quit by any means necessary. But the added bonus of incorporating these holistic practices into your daily routine is that they can also help improve overall quality of life. Reducing stress levels and improving mood impacts every aspect of perception. If you or someone you care about is struggling with nicotine addiction, I hope you’ll consider the alternative therapies I’ve presented here today.

Update: January 2011: It’s long been known that smoking accelerates the aging process. There are few organs that make this more obvious than the skin. And while some researchers are investigating the exact mechanisms behind this observation, others are examining this cause-and-effect relationship in more practical terms. A recent paper in the journal Skinmed reports that quitting smoking can lead to dramatic changes in skin aging and appearance in as little as 6 months. In fact, after just 9 months of being smoke-free, a group of 64 women reduced the biological age of their skin by an estimated 13 years. If good health alone isn’t reason enough to quit, perhaps vanity will provide an added incentive. (23,24,25)


14 Comments & Updates to “Best of Quit Smoking for Good”