My first job in the natural health industry was as a sales clerk in a health food store. A desire to sell dietary supplements and health foods wasn’t the underlying reason why I chose this line of work. It’s true that I needed to earn money. But I could have made more working as a tutor, waiter or at countless other jobs. Looking back, I now understand that the reason I selected this path was in order to have some face-to-face time consulting with customers. I knew what it was like to be a consumer asking for guidance at health food stores. Since I was often disappointed with those experiences, I subconsciously decided to correct that flaw via my own conduct as a health store employee. 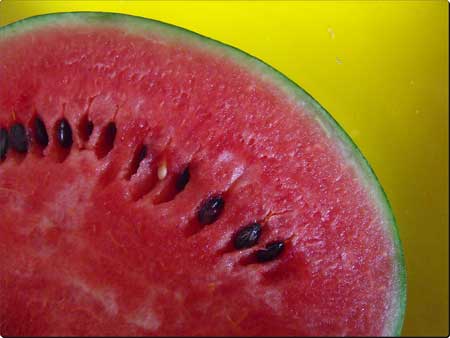 The highest compliment a health food store employee can receive is to be trusted by a regular customer. One occasion that stands out in my mind is when a rather reserved gentleman took me aside and inquired about a particularly sensitive subject: erectile dysfunction. After a series of questions, I mentioned a supplement that contained a high dosage of L-arginine, an amino acid. I explained that arginine can improve blood flow by increasing nitric oxide production which may support healthier endothelial function and vasodilation. To make a long story short, he came back a few weeks later to buy more of the supplement. A simple, soft spoken comment said it all, “Thanks. This stuff works”. (1,2,3)

Another amino acid or component of protein that is purported to aid male sexual function is L-citrulline. After consumption, citrulline can be converted into arginine in the body. The benefit is that it sidesteps the “extensive presystemic metabolism” of arginine that can impede the L-arginine/nitric oxide pathway. A study appearing in the January 2011 issue of the journal Urology put this relatively new supplement to the test in a group of middle-aged men with mild erectile dysfunction (ED). In this single-blind trial, 24 participants were given a placebo daily for a month and then 1,500 mg of L-citrulline daily for another month. Various measures pertaining to ED were noted at baseline and after each leg of the trial. The results indicate that 50% of the men using L-citrulline demonstrated a significant improvement in “erection hardness score” as compared to only 8.3% in the placebo testing. The average number of intercourse occurrences also increased to a greater extent while using this little known amino acid. (4)

The previously mentioned study appears to be the first that directly investigated the effects L-citrulline in patients with ED. However earlier trials have conclusively demonstrated benefits in relation to the cardiovascular system ranging from improved endothelial and heart function (ventricular ejection fraction) to reduced arterial stiffness and blood pressure. All of these positive changes may indirectly contribute to improvements in male sexual performance. (5,6,7,8,9,10)

The question that’s left unresolved is whether L-citrulline is likely to produce better results than L-arginine. There’s certainly less scientific data available with respect to citrulline. For instance, in a prior column, I documented several double-blind studies showing positive outcomes in men with ED using a combination of arginine and a pine bark extract known Pycnogenol. Based on the available research, I would generally consider high dose arginine and/or arginine + Pycnogenol as a first-line, natural alternative for ED. If you don’t find success with arginine, then citrulline would be worth considering, as it may provide a more efficient means of naturally increasing nitric oxide production. The upside of both supplements is that they’re typically associated with few side effects when used in otherwise healthy individuals. However it’s important to note that those with ED often have other health conditions concurrently. In instances of pre-existing health conditions or medication use, it’s especially important to inquire with your physician and/or pharmacist prior to adding any new supplement or therapy to your wellness regimen. (11,12,13)