Have you ever flipped through cable TV late at night and stopped at one of the stations that regularly broadcasts documentaries about UFOs or other supernatural phenomena? It doesn’t much matter whether you believe in the subject matter or not. What’s interesting about the programs is that they’ll often feature noted professors, scholars and even theologians who offer rather involved theories about how and why extraterrestrials or extra-sensory powers could be plausible. These intricate explanations often call upon historical records and even scientific principles to bolster credibility. Naturally there are always opposing experts who can and do dispute these controversial points of view. However the hashing out of information and/or the debate along the way can be rather fascinating. 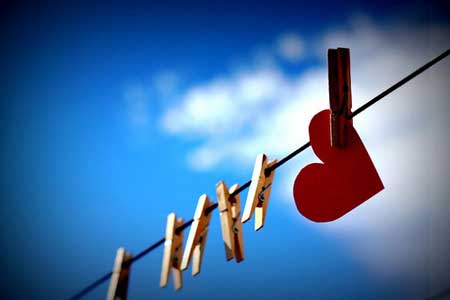 There was a recent study published in the Journal of Agricultural and Food Chemistry which proposed that a group of chemicals found in cranberries called oligomeric procyanidins (OPCs) were most likely responsible for this fruit’s suspected cardioprotective properties. The basis for this assertion comes from research conducted at the Queen Mary University of London. There, a group of scientists led by Dr. Roger Corder tested the effects of cranberry extracts vs. apple, cocoa, green tea and red wine extracts on endothelial cells, which normally line the innermost part of blood vessels. They discovered that cranberry OPCs were most effective at inhibiting a vasoconstricting substance known as endothelin-1. If this laboratory study is indicative of the activity of cranberries within the body, it would suggest that OPCs may be a valuable tool in the promotion of arterial health and improved circulation. (1)

Oligomeric procyanidins may in fact be partially or primarily responsible for the cardiovascular benefits that cranberries provide. However, I’ve conjured up another theory that I believe is worth considering. What if cranberries improve heart health by making the body a far less hospitable environment for pathogenic bacteria? If this doesn’t currently make sense to you, please stick with me. I think you’ll see where I’m going in the next few paragraphs.

Three recent studies point to a link between a harmful bacterium, Helicobacter pylori (HP), and a variety of risk factors for cardiovascular disease. A Turkish experiment from March 2010 examined changes that occurred in a group of 88 patients who underwent H. pylori eradication therapy – which involves the use of select antibiotics. The findings of the trial indicated “beneficial effects of HP eradication on insulin resistance, atherogenic lipid abnormalities and low-grade inflammation. The results suggest that HP eradication may prevent coronary artery disease and metabolic syndrome”. An Italian study from December 2009 also found that men treated for H. pylori demonstrated higher HDL (“good”) cholesterol levels and lower C-reactive protein (an inflammatory marker) and fibrinogen (which can impair healthy circulation) up to 5 years post treatment. Meanwhile, a current Japanese trial determined that H. pylori infections were associated with arterial stiffness, as measured by pulse wave velocity in adults with type 2 diabetes. (2,3,4)

To be clear, no one is proposing that H. pylori is the sole cause of cardiovascular disease. However, it could very well be one potential influencing factor. For instance, some researchers have noted that HP has been detected in previous investigations of diseased coronary arteries. H. pylori has also been linked to increased systemic inflammation and the promotion of platelet aggregation, the clumping together of platelets which could result in blood clots. (5)

It just so happens that cranberries have been shown to combat HP growth and decrease the ability of HP to adhere to and colonize in sensitive tissues within the body. A 2005 study went so far as to examine the effects of cranberry juice in a population of 189 adults with clinically established HP infections. Half of the participants were asked to drink “two 250-ml juice boxes of cranberry juice or a matching placebo daily for 90 days”. The scientists conducting the trial used a special breath test (13C-urea breath test) to determine efficacy throughout the course of treatment. The cranberry intervention was deemed only somewhat effective – 11 of 97 cranberry users were completely free of HP by the 90 day mark compared to only 5 of 92 in the placebo group. However, other studies reveal that using cranberry in addition to conventional treatment may be a more advisable way to go. The combination of cranberry + antibiotics appears to improve overall treatment outcomes. (6,7,8,9,10,11,12)

The clinical use of standardized cranberry extracts is already a well established technique in the natural management of urinary tract infections. These days, researchers are also taking note of this berry’s substantial antioxidant properties which could result in benefits in conditions ranging from age-related memory decline to cancer. These developments are all promising indeed. However, I think it may be wise to go further down the cranberry path. What I’m suggesting here today is that doctors and patients perhaps keep an eye out for signs of H. pylori infection – especially in those at high risk for heart disease. In many cases, HP infections aren’t easily recognized based on common symptoms alone such as frequent belching or bloating, heartburn, indigestion, nausea or unexplained weight loss. This is why it may be all the more important to keep this potential risk factor on our radar and test for it as needed. (13,14,15,16,17,18)

In closing I want mention two important points when selecting a cranberry source. If you decide to use cranberry juice, you’ll do well to look for a product that contains 100% cranberry juice. Beware that some manufacturers try to trick consumers by including a large percentage of “filler juices” such as apple juice or white grape juice in their products. In order to derive the greatest possible benefit from cranberries, you’ll need to use pure, tart cranberry juice that is rich in OPCs. You’ll notice that this variety of cranberry juice has a deep, rich appearance reminiscent of red wine. Remember that you can always dilute the pure juice with water and a touch of stevia if you like a milder, sweeter taste. Another viable option is to use concentrated, encapsulated cranberry supplements. There are many clinically proven products on the market. A few of my favorites include supplements containing Cran-Max or Cran-Rich cranberry extracts.

Update: January 2011 – In recent months, the cranberry-heart connection has only strengthened. Upon careful review, I’ve identified several additional mechanisms by which cranberry extracts and juice may promote cardiovascular health: 1) antioxidants present in cranberries (p-Coumaric acid and quercetin) interfere with the digestion of high glycemic carbohydrates which results in a predictable decline in post-meal blood sugar levels and hyperglycemia; 2) chemicals contained in cranberries are capable of chelating iron, an excess of which is associated with an elevated risk of heart disease; 3) preliminary studies indicate that cranberry antioxidants protect against chemically-induced heart damage in an animal model. This last bit of information is supported by placebo-controlled trials that have similarly discovered meaningful antioxidant protection in human subjects. When viewed in toto this new collection of evidence adds more weight to the role that cranberries and pure cranberry juice can play in most heart healthy diets and lifestyles. (19,20,21,22,23,24,25,26,27)