You’ve probably been told by family, friends and possibly even a physician or two to eat yogurt to counteract some of the adverse effects of antibiotics. The justification is that probiotics in yogurt replenish many of the healthy bacteria that are wiped out by such medications. But there’s another fermented dairy product on the block that you might also want to consider. Kefir is a drinkable source of probiotics that generally contains a higher proportion and broader range of active cultures than yogurt. This reality forms a strong theoretical basis for considering kefir during and after any antibiotic regimen. 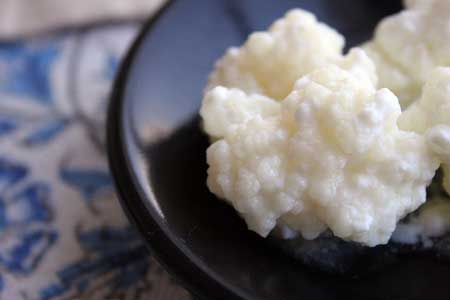 The December 2010 issue of the Journal of Medicinal Foods makes the case for using kefir alongside antibiotics. An antibiotic regimen known as “triple therapy” is commonly employed to eradicate H. pylori in infected patients. This harmful bacterium is associated with intestinal inflammation, stomach cancer and ulcers. A 14-day randomized, double-blind study examined the effects of combining kefir or a placebo (milk) with an antibiotic-based treatment (amoxicillin, clarithomycin and lansoprazole). The kefir and placebo were given at a dosage of 250 ml or about 8 ounces twice-daily. The participants returned for an examination after 45 days. Questionnaires and a urea breath test were used to assess side effects and treatment success. The patients receiving the kefir-enhanced therapy achieved significantly higher H. pylori eradication – 78.2% vs. 50% in the placebo group. What’s more, those given the probiotic beverage reported “less frequent and less severe” side effects. (1)

Another group of researchers from St. Luke’s Medical Center in Duluth, Minnesota successfully employed kefir in 8 patients with “recurrent episodes of Clostridium difficile-associated diarrhea”. Antibiotic therapy using oral metronidazole or vanomycin was combined with daily kefir consumption. The dosage of antibiotics was gradually reduced and ultimately withdrawn. According to the author of the paper, “All eight successfully resolved their infection and did not experience any further diarrhea after completion of treatment”. Clostridium difficile infection or CDI is a leading cause of hospital-acquired, intestinal disease. Its incidence is increasing and so too is the virulence. New strains of C. defficile are leading to “increasing morbidity and mortality” in vulnerable populations. This is all the more reason why safe and effective adjuncts such as kefir need to be considered and employed where indicated. (2,3,4) 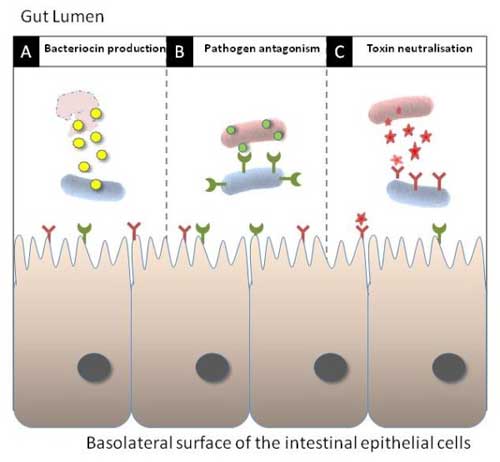 Kefir was the subject of a highly publicized trial that appeared in the August 2009 edition of the Archives of Pediatrics & Adolescent Medicine. The Georgetown University lead study examined the effects of a popular children’s kefir product on antibiotic-associated diarrhea (AAD). The trial itself was well designed and a most welcome opportunity for kefir to shine. Unfortunately, the findings didn’t reveal statistically significant benefits to kefir with live cultures vs. kefir containing heat-killed microbes. Future interventions using other products may help elucidate whether this finding is specific to kefir used here. Until then, I can tell you that the product in question (Probugs) contains a considerable amount of added sugar. The only type of kefir I recommend and use is the traditional, no-sugar added variety. (5)

Before combining kefir or yogurt with antibiotics, please be aware of the potential for adverse interactions. Many people express worry that taking probiotics in close proximity to antibiotics will nullify the benefits of the probiotics. This is a reasonable concern. However, there’s an even more pressing matter at hand. Dairy products contain a protein known as casein which may negatively affect the activity of select antibiotics. That’s why it’s important to inquire with your pharmacist and/or physician prior to selecting a probiotic food. One can often avoid such problems by consuming dairy a few hours apart from antibiotics or even selecting non-dairy sources of probiotics such as coconut milk kefir. That is also a good strategy to help keep the antibiotics from negating the benefits of the probiotics. (6,7,8)


17 Comments & Updates to “Antibiotics and Kefir”