The world would be a much different place if our external appearance reflected the content of our character. In such a scenario, some prized beauties of the past and present would lose their luster. Likewise, the covers of glossy magazines and important newspapers would feature unassuming figures who truly make the world a better place. For better or worse, that’s an alternate reality that I don’t think will ever come about. However, there is a way to enhance outward beauty by changing what you put on your dinner plate. 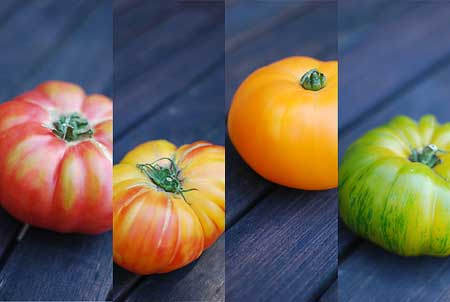 Many progressive dermatologists will tell you that eating a diet rich in antioxidants can protect skin from the damaging effects of sun and other environmental insults. There’s just enough data available in the scientific literature for them to feel comfortable mentioning such a strategy. Some truly cutting edge skin experts will go so far as to recommend avoiding high-glycemic carbohydrates as a means of slowing the aging process by limiting the formation of advanced glycation end products (AGEs). But at the end of the day, most skin doctors will ultimately recommend various creams, lotions, medications and procedures to improve dermal appearance. So-called beauty with a price. (1,2,3)

New research from the University of Nottingham suggests that a healthy diet can literally make you more attractive. The findings published in the latest edition of the Journal of Evolution and Human Behavior report that pigments found in select fruits and vegetables impart a healthy glow to the skin which differs from that achieved by sunbathing. The natural colorants in question are known as carotenoids which produce the rich colors present in a variety of foods including avocados, pumpkins, spinach and tomatoes. According to the lead author of the trial, Dr. Ian Stephen, “Most people think the best way to improve skin color is to get a suntan, but our research shows that eating lots of fruits and vegetables is actually more effective”. The present study used a combination of food frequency questionnaires and photographs to determine perceived attractiveness. What’s more, this apparent phenomenon isn’t the exclusive domain of human beings. For instance, male birds with bright yellow or golden colored beaks and feathers are known to be more attractive to female birds who are looking for mates. (4,5)

There’s also evidence that carotenoids can protect skin appearance and health over the long term. Several recent studies reveal that both dietary and supplemental sources of carotenoids effectively: a) decrease “crow’s feet” and overall facial wrinkling in women; b) diminish photoaging by protecting against ultraviolet-induced skin damage; c) improve skin elasticity and lessen wrinkling by increasing type I procollagen levels. (6,7,8)

Eating a “rainbow” style diet that features many colorful foods is a good plan of action for other common skin conditions as well. A particularly dramatic example can be found in the June 2010 issue of the journal Allergy. In that publication, researchers found that mothers who consumed large amounts of “green and yellow vegetables, citrus fruits, and beta-carotene” had infants who were less likely to suffer from eczema. Another current investigation notes that adult patients with psoriasis tend to have lower levels of carotenoids in the skin. These vibrant plant pigments may even help lower the incidence of the most dreaded skin disease of them all: melanoma. (9,10,11,12,13)

If today’s column is enough to encourage you to seek out more carotenoid-rich foods, please keep this in mind: they can be found in the most unlikely places. A good starting point is to eat plenty of avocados, canned pumpkin, green leafy vegetables, heirloom tomatoes, organic eggs and squash. But a fact that’s often overlooked is that carotenoids are also present in appreciable amounts in herbs and spices such as basil, chili peppers, coriander, parsley and tarragon. In addition, you can increase the bioavailability of these potent antioxidants by preparing them with acidulants and seasonings including lime juice, onions and turmeric. And don’t forget the fat. Carotenoids are, after all, fat soluble. So eating them with some extra virgin olive oil or other healthy fats makes a lot of sense. I don’t know about you, but to me, this sounds much more appealing than baking in the sun for hours or getting a facelift. (14,15,16,17,18)