Best Of The Gingivitis Diet

Every now and then a story appears on the news about the house that’s the neighborhood eyesore. The lawn is dying and overrun with weeds. A rusted, broken down car is parked in the driveway. Paint is peeling from the walls and windows are boarded up. In such instances, the lack of care of that residence impacts the entire “health” of the neighborhood. The same is true of the human body. If one part of the anatomy isn’t properly cared for, it frequently affects many of the neighboring organs and systems. 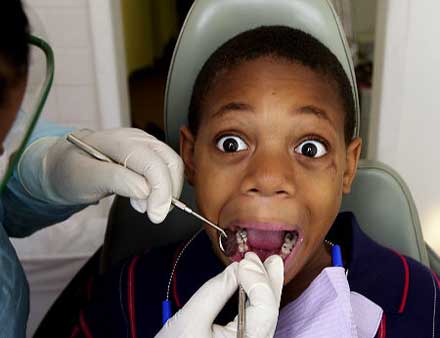 There are certain obvious risks associated with gum disease. Tooth loss is probably chief among them. However, the infections and inflammation that play a role in poor periodontal health can also contribute to a number of serious health conditions such as atherosclerosis, cancer, erectile dysfunction, kidney disease and even pregnancy complications (pre-term low birth weight). (1,2,3,4,5)

We’re all aware of the importance of regular brushing, flossing and periodic dental check ups. Technological advancements, such as electric toothbrushes, provide additional tools in the battle against gingivitis. But what is rarely discussed is the role that diet can play in the preservation of healthy gums. (6,7,8)

The basics are quite clear. Avoid eating too much candy and drinking too much soda. Some dentists even recommend chewing sugar-free gum. But how many of them have advised eating more green and yellow (non-starchy) vegetables? Here’s why I think they should:

Observational studies are one thing. But the question that often remains is whether making dietary changes can actually affect the progression of periodontal disease. The answer to this may lie in a publication presented in the British Journal of Nutrition. In it, 20 patients with “chronic periodontitis and metabolic syndrome” participated in a 12 month dietary intervention. The prescribed diet aimed to address poor blood sugar control, cardiovascular and gingival health. A variety of tests were conducted to assess gum health prior to, during and after the implementation of the new menu plan. By the end of the 1 year study, improvements were found in a few key areas – a reduction in gingival inflammation and clinical probing depth. The authors of the trial concluded that, “these findings indicate that in patients with metabolic syndrome, wholesome nutrition might reduce inflammatory variables of periodontal disease and promote periodontal health”. (11)

Metabolic syndrome and type 2 diabetes are related conditions. A hallmark of both is insulin resistance and subsequent blood sugar irregularities. In recent years, scientists have repeatedly discovered an association between periodontal disease and type 2 diabetes. Based on the results of the study I just described, it seems that controlling blood sugar via diet could be a powerful aid in the fight against gum disease and the side effects that go with it. (12,13,14)

Regular exercise is one of the best strategies for improving insulin resistance. It’s probably no accident that several trials have also drawn a correlation between regular physical activity and lower rates of periodontitis. Besides lowering blood sugar, it appears that frequent exercise may also reduce inflammation in those at high risk for gum disease. (15,16,17)

The inclusion of probiotic foods and supplements in ones diet may also help combat the inflammatory process that contributes to gum damage. A recent study involving 50 volunteers determined that drinking probiotic milk (containing 65 billion healthy bacteria) daily for 8 weeks resulted in a reduction in two destructive enzymes – elastase and matrix metalloproteinase-3. These substances can encourage the breakdown of gingival tissue. The results of this trial are supported by prior research which indicates that probiotics may promote gum integrity and, perhaps, even reduce cavities and plaque formation. (18,19,20,21,22)

The very same principles that help sustain overall wellness can also assist in maintaining a healthy smile. The body craves an all-natural, whole food diet and is designed to move and stay active. Denying it of either of these vital elements can dramatically effect virtually every part of its physiology. The good news is that “dis-eases” can often be corrected by simply getting back on the right track. In the case of periodontal health, a wholesome diet, regular exercise and perhaps a good probiotic can go a long way in reducing future dental and, consequently, health expenses.

Update: January 2011 – There is little doubt in my mind that a healthy diet is the cornerstone of good oral health. But eating a nutritious, whole food diet is only part of the equation. Proper dental care needs to be used in conjunction with optimal food choices in order to keep your breath, gums and teeth in tip-top shape. Three current studies provide clues about how we can all combat gingivitis and/or minimize the risk of developing it in the first place. The December 2010 issue of the European Journal of Paediatric Dentistry reports that an “oscillating-rotating electric toothbrush” is significantly more efficient in reducing gingival bleeding and plaque levels than a manual toothbrush. The study in question evaluated the respective performance of each toothbrush in a group of at-risk individuals with fixed orthodontics. The next time you visit your dentist, health food store or pharmacy, keep a look out for dental products containing: a) Scutellaria baicalensis extract and; b) hyaluronic acid. Scutellaria baicalensis is an herbal extract with anti-inflammatory properties. A recent trial found that it’s capable of reducing “the extent of gingivitis, plaque development, and vital flora” in a preventive model of gum disease. Hyaluronic acid is a natural ingredient that is often included in dietary supplements that are intended to support connective tissue integrity. Preliminary evidence in various sectors of the dental and orthopedic fields reveal that applying hyaluronic acid topically may yield antibacterial, antiedematous (swelling) and anti-inflammatory activity. In addition, it also has a potential role to play in the “modulation of wound healing” which could contribute “beneficial effects in periodontal tissue regeneration and peridontal disease treatment”. (23,24,25)


16 Comments & Updates to “Best Of The Gingivitis Diet”