I’m a firm believer in the concept that holistic medicine can benefit virtually every aspect of one’s life. This may sound like a rather grandiose claim. However I know that it’s not. Today’s column highlights a recent illustration of how changing your diet and lifestyle can have “far reaching consequences” in the best sense of the phrase. What’s more, the benefits often extend far beyond those achieved by the individuals making the changes in the first place. 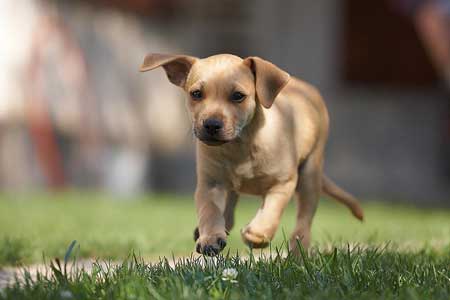 I’ve noticed that when a client experiences profound relief of painful symptoms he or she frequently shares the success story with colleagues, family and friends. The fact that they’ve overcome a mental or physical obstacle naturally and safely is a revelation to them. And as they say, once you’ve seen the light, there’s no turning away. Simply put, these clients want to help others to achieve the same type of relief they’re grateful to have found.

Animal companions or pets obviously can’t be reasoned with like human counterparts. Their care and well-being is in our hands. For those interested in alternative, complementary and preventive medicine, this can be a challenging proposition. Supplements and therapies that are suitable for humans aren’t always appropriate for other species. Another source of confusion and frustration is that progressive, naturopathic veterinarians aren’t always easy to find and/or are very expensive. This is yet another reason why it’s vital that we inform ourselves about all of the viable options available to us and those we care about.

A harsh reality that accompanies old age in dogs and humans alike is osteoarthritis. Both osteo- and rheumatoid arthritis can be addressed to some degree using a nutritional protocol that features the omega-3 fatty acids commonly found in fish oil. Several studies published in 2010 reveal that supplemental fish oil safely “improves clinical signs and weight bearing in dogs with osteoarthritis (OA)”. The addition of the n-3 fatty acids, DHA and EPA, not only improves mobility and reduces pain, but also allows for a reduction in prescriptive pain relieving medications such as carprofen. This change alone reduces cost and the potential for side effects. (1,2,3)

One of the most welcome details about the information cited in the previous paragraph is that it was all published in respectable, peer-reviewed veterinary journals. One could very easily print out this column or the research abstracts and bring them to the next vet visit. They would likely be received with an open mind. But if you decide to share data with a physician or vet, it’s important that you don’t just offer information that support your position. So-called negative findings ought to be shared as well, when appropriate. This principle is applicable in the case of fish oil and canine arthritis.

The June 2010 issue of the journal Veterinary Medicine International reports that supplementing diets with PUFAs or polyunsaturated fats, including fish oil, may increase the level of oxidative injury in canines. The conclusion of the research bluntly states that “Caution should be exercised when supplementing PUFAs as some types may increase oxidation”. This may be particularly relevant in cases of degenerative arthritis as oxidative damage hastens the destruction of cartilage. (4,5,6)

Fortunately, there appears to be a way for dogs to derive the benefits of fish oil without increasing the likelihood of additional oxidative burden. The key could be as straightforward as adding more antioxidants to their diet via food or supplementation. Current studies point to several free radical fighters as particularly beneficial: astaxanthin, Vitamins C and E. This hopeful discovery doesn’t end there. In addition to offsetting oxidative stress, select antioxidants may also support healthier immune function and reduce inflammation. This is especially true of astaxanthin, an algae-derived carotenoid typically found in crustaceans and wild salmon. Preliminary evidence in animal and human models of arthritis suggests that astaxanthin and an astaxanthin/omega-3 combination (krill oil) can effectively improve arthritic symptoms and possibly even slow the progression of the disease. This is one instance where it seems that man and “man’s best friend” share a similar cause and remedy. (7,8,9,10,11,12,13,14,15,16)